Vertical jump is important, but it doesn't express true power potential in the eyes of NFL scouts. Make them salivate over your broad jump and pure athletic power.

Pure athleticism stands out more than anything at the NFL Combine. In many cases, it's the difference between being selected in the first or second half of the draft. Translation: It could make or lose you millions of dollars. Nobody knows how the draft will unfold, so take every measure and answer every question by taking your broad jump off the charts. 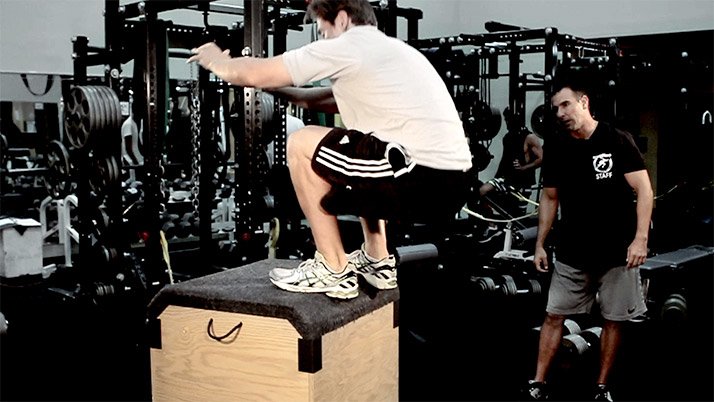 Bommarito Performance Systems uses the box broad jump as a pure expression of horizontal power, and to soften the impact of landing. Landings put the lower body through excessive joint load you don't want to consistently repeat. There's no better way to soften the landing than to jump onto a box, rather than letting gravity take you hard into the ground.

There's no quick progression. Shoot for micro progression within what a person is able to do at that particular moment. If they can safely land on the box, that's the proper distance.

Start three feet away from a 30-40-inch-tall box, then micro progress the box higher and the distance farther. Perform it once per week toward the end of the program to soften the joint load and master the technique. The rep range is 1-3 with 4 super sets comprised of heavy or speed squats that will also be your rest period.

How To Execute A Box Broad Jump 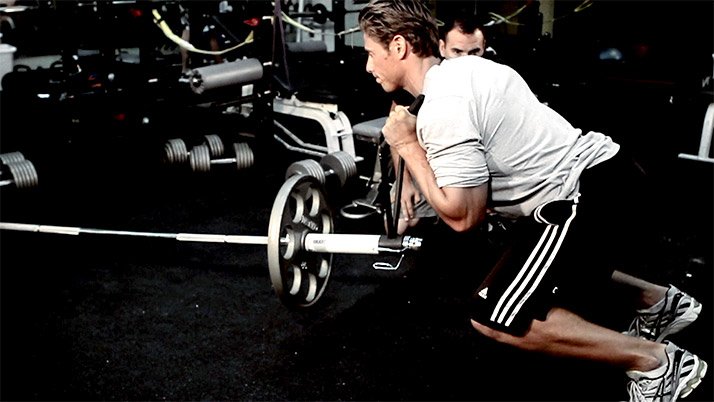 The energy transfer created from the hips can be extended into the arms. It's similar to a broad jump when you're trying to hold the arms up and out for as long as possible, even into the descent before the landing. BPS works on jammers twice per week with 4 sets at 3-5 reps. Take 2-3-minute rest periods between sets to allow the nervous system to recover.

The landmine is a sleeve attached to a rack that a barbell can easily fit into, but can also be on a ground plate. A combat handle attached to opposite end of the barbell is an inexpensive, easy way to train linear power. There needs to be room between the plate and the combat handle (BPS uses PVC pipe as a spacer).

How To Execute A Landmine Linear Jammer 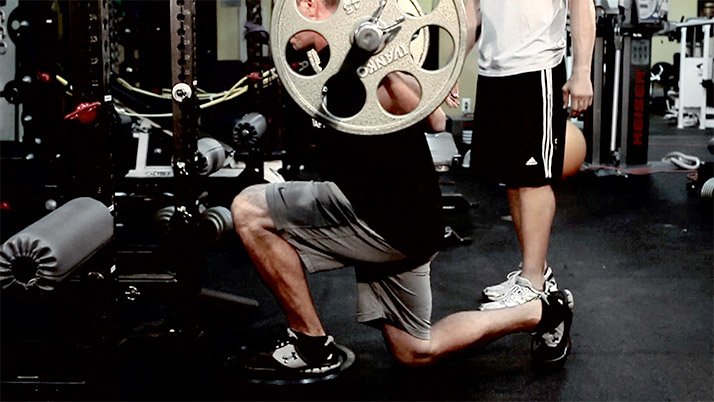 It's easy to micro progress the overall load because of the weight on your back. Keep the rep range at 2-6 and perform 4-to-5 sets with 3-to-4-minute rest periods. Perform this twice per week to build maximal strength.

How To Execute An Elevated Back Lunge

The Seated Band Hamstring Curl is simplistic and easy to control. You have to control pure knee flexion without external things like hip flexion and extension getting in the way of what you're trying to accomplish.

Wrap the band around any type of solid post and micro progress by moving the band up or down. Moving the band creates a different type of arm movement, which adds resistance at different angles.

Attach the band to the post at hip level because it's easy to control. Loop the band around your leg. As you come back, the load will vary because you're coming into more band resistance and knee flexion. This exercise can also be done with a machine or a partner. It's all about isometric control of your pelvis. You don't want the pelvis to shift; it takes away from the goal of the exercise: to strengthen the knee flexors.

Perform this exercise twice per week with 4-or-5 sets at 2-6 reps and rest for two minutes between each leg to create time under tension.

How To Execute A Seated Band Hamstring Curl