Boost your cardio power! With the right supplementation, you may be able to increase energy, endurance, and fat loss!

Most people hit the pavement or the treadmill with the goal of losing weight. But, when done correctly, cardio not only burns fat, it offers a bonfire of additional benefits. It can increase your metabolism, improve your overall fitness level, increase blood circulation, strengthen your heart and lungs, and much more. Cardio, it turns out, is an all-around good time! 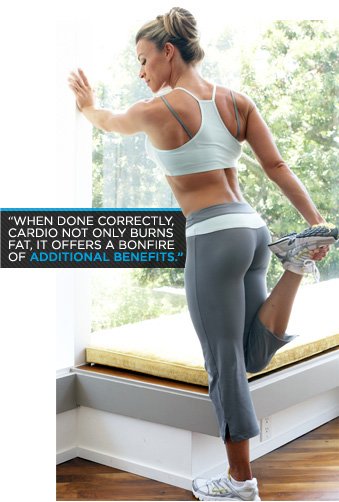 Those perfect cardio sessions -- the ones where you feel energized, excited and efficient -- are difficult to come by.

In other words, you won't always feel Tony-the-Tiger "Grrrrreat!" midway through a tough run, bike, or climb.

With training and smart supplementation, however, you can expect to feel better and see greater results!

Pair Up With a Good Supp

No matter why you're getting up at 5 a.m. for that date with the stairmill, there's a supplement that can help you achieve your goal. For some, fat burning tops the list.

For others, endurance, mental toughness, or increased energy might be why they sprint headlong into the sunset.

Getting the supplements that support your goals can help you run that last mile, feel stronger during your HIIT sessions, or focus up for a big game.

Use this guide to help you choose the right supplement for your cardio goal:

Skeletal muscle relies mainly on carbohydrates and fat oxidation to meet energy needs during exercise. Numerous scientific studies have shown that increasing the intensity of exercise leads to a faster utilization of carbohydrates.

As carbohydrates are used, glycogen (stored energy) is depleted. Glycogen depletion means that you can't maintain breakneck speed and intensity for too long.

Traditionally, athletes have tried to slow down the depletion of glycogen by consuming large amounts of carbohydrates before and/or during strenuous exercise.

So, the trick is to take supplements that increase fatty acid metabolism during your cardio workout! 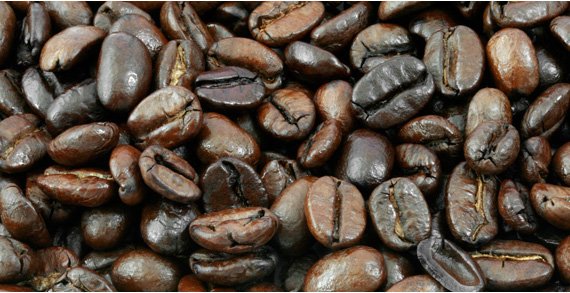 In humans, caffeine acts as a central nervous system stimulant that temporarily wards off drowsiness and restores alertness. It is the world's most widely consumed psychoactive ingredient.

Caffeine has been studied for its ability to improve aerobic performance, reduce fatigue, stimulate mental activity, induce lipolysis (the release of fat from a fat cell), and help prioritize fat as an energy source during exercise.2,3,4,5

Raspberry farmers of the world were probably jumping for joy when Dr. Oz promoted this natural ingredient on one of his recent shows. Raspberry ketones are the compounds primarily responsible for the berry's aroma. 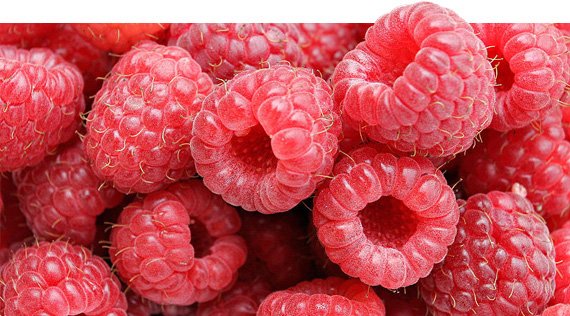 Raspberries are small, but may be the most powerful food on Earth.

Research suggests that raspberry ketones appear to have the potential to support body fat reduction by increasing norepinephrine-induced lipolysis (aka: stored fat release).

In other words, raspberry ketones may increase your body's ability to release stored fat for energy usage.

L-Carnitine is a naturally occurring amino acid that plays a vital role in the metabolism of fat. It functions as a transporter of fatty acids into the mitochondria, the metabolic furnace of the cell.

It has been established that an adequate supply of L-Carnitine is necessary for the maintenance of good health and energy. L-Carnitine transports long-chain fatty acids across the mitochondrial membrane to be metabolized.

It also aids in the release of stored body fat (called triglycerides) into the bloodstream for energy and stimulates fatty acid oxidation.8,9

The "L" of L-Carnitine should stand for "legendary."

Brassica campestris -- or turnip, for us non-scientist folk -- is a cruciferous vegetable that has been suggested to possess weight-loss promoting effects.

Researchers at the Korea Research Institute of Bioscience and Biotechnology Sojin (2010) showed that animals fed a high-fat diet supplemented with a Brassica campestris extract had reduced weight and a decreased amount of adipose tissue.

Ancient Greeks and Romans cultivated turnips, and they weren't dumb!

Researchers believe this is because the extract up-regulates both the beta-3-adrenoreceptor in fat cells and the inhibition of adipocyte lipids. Beta-3-adrenergic receptors are on the surface of fat cells, and when stimulated, increase lipolysis and thermogenesis.10,11

A non-essential, sulfur-containing amino acid, L-Taurine plays a role in several metabolic processes like heart contraction and antioxidant activity. It is necessary for both cardiovascular function and development and skeletal muscle function.

In an exercise study conducted with eleven men ages 18-20, it was found that supplementation with L-Taurine significantly increases VO2 max, exercise time to exhaustion, and maximal workload.

The results suggest that L-Taurine may protect against exercise-induced DNA damage and enhance the capacity of exercise due to its cellular protective properties. Additionally, in a recent study, it was suggested that L-Taurine has pro-lipolytic (fat-burning) properties on fat cells. 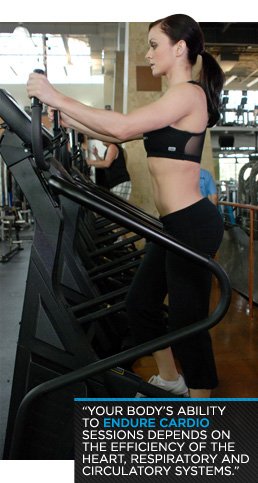 Researchers theorize that this lipolytic effect was due to its ability to enhance the effect of the beta-2-adrenergic receptors.12,13

Evodiamine is an extract from the Tetradium family of plants. Research has suggested that evodiamine acts primarily as a thermogenic, similar to capsaicin.

Research suggests a synergistic effect when choline, caffeine, and carnitine are combined.

In an animal study conducted by the Department of Nutrition at the University of Tennessee, it was found that this combination of supplements decreased body fat and was attributed to increased fat utilization for energy.*

In a follow-up study, this combination was also found to augment exercise performance and promote fatty acid oxidation.16,17

Your body's ability to endure cardio sessions depends on the efficiency of the heart, respiratory and circulatory systems. Cardiovascular endurance is responsible for increasing blood and oxygen to your working muscles.

The better trained you are, the more oxygen your body can consume. A continual supply of oxygenated blood to your muscles allows for greater muscular endurance.

One cannot be strong without the other. To help promote muscular endurance, one should look for supplements that may increase your muscle's ability to contract for extended periods of time. 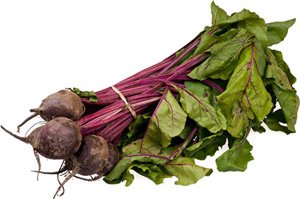 Red beet root is naturally high in nitrates (NO3), which are believed to improve athletic performance.

A study led by the University of Exeter, published in 2009 in the Journal of Applied Physiology, concluded that nitrates may boost a cyclist's endurance. Nitrates are helpful to athletes because they quickly bring oxygen to muscles, essentially making difficult efforts easier.

Beta-alanine is an amino acid that promotes muscular energy. A study published in a 2010 issue of Medicine and Science in Sports and Exercise concluded that supplementation with beta-alanine increases muscle's carnosine content and, therefore, total muscle buffer capacity.

The muscles' improved ability to neutralize acid has the potential to enhance physical performance during high-intensity exercise and to delay the onset of neuromuscular fatigue.20

Electrolytes are needed to maintain proper fluid balance and to optimize energy levels so you can function at your best. Electrolytes are important because they are what your cells (especially nerve, heart, and muscle cells) use to maintain voltages across their membranes and to carry electrical impulses to other cells. Your kidneys work to keep the electrolyte concentrations in your blood constant despite changes in your body. 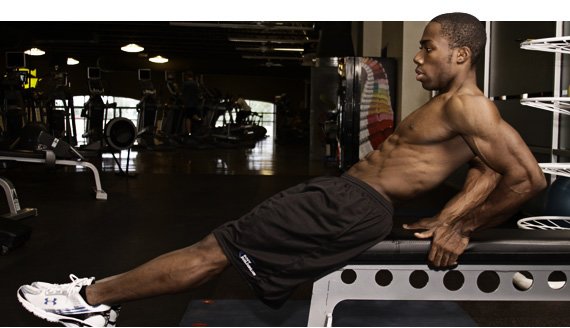 The body adapts to what you feed it. Quality tools make its job easy.

When you exercise heavily, you lose electrolytes in your sweat, particularly sodium and potassium. These electrolytes must be replaced to keep the electrolyte concentrations of your body fluids constant.

The mind-muscle connection is paramount in your ability to perform well, no matter what physical activity you're doing. Without a brain that is ready, willing and capable of helping your body do what you tell it to, you won't have the success that you're looking for.

Your brain needs a number of hormones, vitamins, chemicals and fuel to function properly. Without them, your brain won't work at its optimal level and you will have a difficult time improving your cardio performance.

Supps for your brain:

Choline bitartrate is a water-soluble B vitamin that is a precursor to acetylcholine, one of the crucial brain chemicals. 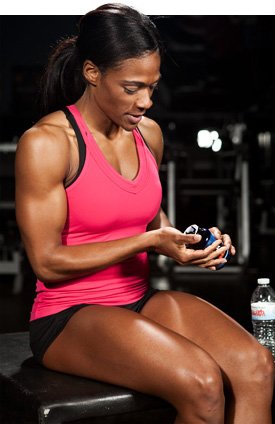 Acetylcholine is a neurotransmitter used throughout the body; it controls muscle contraction and determines your brain speed.

Reductions in plasma choline associated with strenuous exercise may reduce acetylcholine release, and could thereby negatively affect endurance or performance.*

Research suggests that choline levels drop during exercise, and supplementing choline prior to exercise may enhance pre-workout vigor and reduce post-workout fatigue.22

Thiamine disulfide is a modified version of the vitamin thiamine that works selectively on the brain.

Thiamine is known to play a key role in normal nervous system function.

In a study with 120 young adult females that took either a placebo or a thiamine supplement each day for two months, it was reported that the group supplemented with thiamine claimed to be more clearheaded, composed, and energetic.23

L-Tyrosine is a precursor to dopamine, also known as the "feel-good hormone." A recent human study showed that acute tyrosine supplementation is associated with increased endurance capacity for moderately trained subjects exercising in hotter climate.

The results also suggest that the availability of tyrosine, a nutritional dopamine precursor, can influence the ability to subjectively tolerate prolonged, sub-maximal, constant-load exercise in hotter temperatures. (Floridians rejoice!)

Additionally, according to the University of Maryland Medical Center, the thyroid utilizes l-Tyrosine to create thyroid hormones, and therefore is important to support healthy thyroid function.24,25

If you're on a restricted calorie diet and are doing a fair amount of cardio training, chances are you may be losing some lean muscle mass. If your body isn't getting enough fuel (food), it increases protein breakdown (catabolism) to release amino acids for fuel. 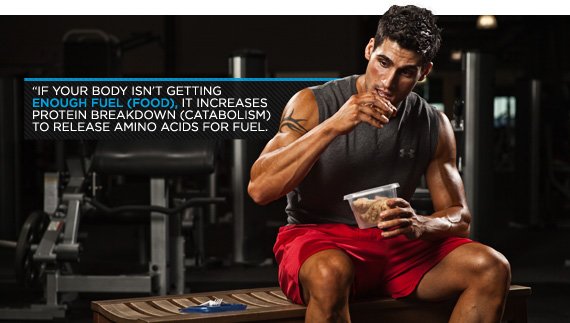 Hard dieting may also decrease the amount of protein synthesis that happens in your body. Luckily, there are supplements that can help protect your lean muscle while burning off that extra flab.

Supp to save muscle:

A pentacyclic triterpenic acid with many body-reshaping attributes, ursolic acid is a very exciting ingredient that has the potential to make a serious impact on the weight management and sports nutrition industry. Preliminary studies have had some astonishing results.

An animal study found that ursolic acid may prevent abdominal fat accumulation. It was also suggested that this was accomplished through the stimulation of lipolysis and the inhibition of digestive enzyme lipase.