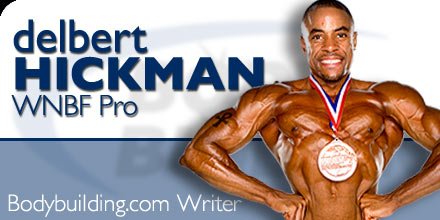 My bodybuilding experience began October 23rd 1999 at the Midwest States Natural (aka Monster Mash). I had decided to pursue bodybuilding following the death of my father due to metastatic carcinoma (stomach cancer). Having weight trained for years, my dad had always asked if I would ever try bodybuilding. After his passing, my training intensified to help relieve the pain that I felt inside and I knew I had to try bodybuilding to cope with his loss.

At the Monster Mash, I place fifth as a Light Heavyweight and weighed in at a solid 198 lbs. I was very disappointed but I used it as fuel to my fire. I had trained hard and knew I needed to work on my diet before my next show. I planned for my next event to be the Battle of Champions National Qualifier on March 25, 2000...Keep Reading Article #1

Pics from the NPC Jr. USA in April!