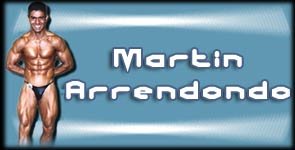 I began lifting weights to supplement my training for Triathlons (swim/bike/run) and biathlons (run/bike/run). I slowly transitioned to weights and decided to enter a bodybuilding contest which was body for life. After finishing, I decided to enter a local show. I did not do well at all. In fact I think I got last place in my class. This would have discouraged many people, but the competitive nature in me saw a challenge. So I guess that started my bodybuilding career.

I competed in the NPC for most of the 4 years that I have been actively competing. My best placing was 4th at the 2000 Texas State Bodybuilding Championships. I recently started competing in the INBF and love it! I know that when I step on stage in an INBF show that everyone there is on a level playing field. The INBF is a natural federation that polygraphs tests all it's competitors and even does urine tests at pro qualifiers.

I always new that I had what it took to be a winner I just couldn't crack the top 3 in the NPC. They mainly look for mass in Texas, and I had symmetry and cut on my side. So my neighbor and WNBF pro bodybuilder Kent Julius asked me to try the INBF. I told him that the INBF did not allow pro hormones and that I had used them before. He asked when and I told him. I had used them to prep for the 2000 Texas championships(May through August) but hadn't used them since then. He told me that the INBF had a amnesty program going where if you hadn't used pro hormones in a year you could compete in their shows. October was the date of the show and that put me at over a year off of pro hormones. I wasn't planning on competing any more, but he talked me into it. The result, I ended up winning my class and winning the overall! I was the Novice Overall Winner of the 2001 INBF Heroes of Texas Bodybuilding Classic.