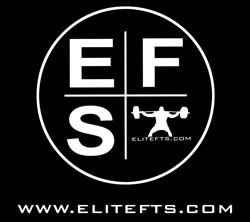 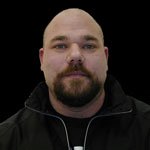 Dave Tate is the founder of EliteFTS.com and has been in the strength and conditioning field as a coach and consultant since 1986 and has been involved in the sport of powerlifting since 1982.

A true testament to his skills rests in the 10,000 hours of personal training and strength consulting sessions he has performed with novice to elite athletes. Numerous clients have broken barriers they never thought possible through the use of maximal, dynamic and absolute strength development methods.

Dave's self-motivation plays a vital role in the driving success of many of his clients, as he is still an active athlete himself in the sport of powerlifting. His success is evident with personal best lifts of a 935 squat, 610 bench press, 740 deadlift and a 2205 total. His success under the bar and his extensive education are a testament to his dedication to the development of maximal strength and power.

Jim Wendler is a former assistant Strength and Conditioning coach at the University of Kentucky where he worked with several different teams including football and baseball. He currently works as the Senior Editor of EliteFTS.com and continues to educate and help others during Force Training seminars across the country.

He played football and graduated from the University of Arizona where he earned three letters. Wendler helped lead the Wildcats to back-to-back bowl games, the Insight.Com Bowl in 1997 and the Holiday Bowl in 1998.

Wendler was a key player in helping Arizona defeat the Nebraska Cornhuskers in the Holiday Bowl and finish with a No. 3 ranking. He started training for sports at age 14 and his best lifts in competition are a 940 squat, 650 bench press and 650 deadlift and a 2225 total.