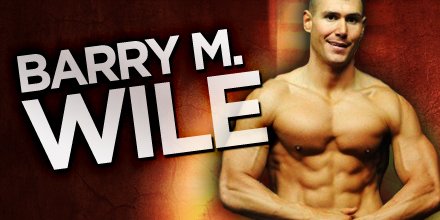 It all began when I was 12 years old, and my Uncle gave me his old weight set. The set included a barbell, two dumbbells, and a bunch of 5, 10, and 25lb weight disks and some old clamps. They were rusty, old, and the clamps did not always stay on tight enough. Still, I was thrilled to get this piece of 70's iron because it gave me the opportunity to change my life.

To say I had it hard as a kid would be putting it mildly. As a child growing up north of Boston, I learned quickly that other kids were not very forgiving to those that were different. If you stood out in any way, they punished you by teasing, insults, and constant beat downs. If you could not throw a ball, run fast, or was overweight, the kids in Massachusetts would make you pay! Unfortunately for me I met all these criteria and I was tormented on a daily basis in my neighborhood, at recess, on the school bus, and especially at the bus stop.

To change my life, I decided to start working out with my Uncle's weights. I would sit in my back yard fumbling with the old iron plates and rusted barbell rod, trying to build up my body. I didn't even have a bench to use, so I would use one of the picnic table benches, which was devoid of padding. While I didn't have great equipment or ideal training conditions, or much knowledge about exercise or diet, I did know that I was determined to make a difference in my appearance, strength, and athleticism. With this in mind, I built a regiment and kept to it. I worked out every day, and started to watch what I ate.

After a few months I noticed that my body was starting to change. Not only was I stronger and doing better in gym class, but my stomach was getting smaller and I was getting picked on less. This boosted my confidence, and I decided to try out for a sport. While I realized that I was no good at baseball or football, I felt deep down that there must be a sport that I would be good at. I finally found that sport when I tried out for wrestling.

When I started wrestling at age 13, I was 180 lbs of lard. By the time I was 14, I was 148 lbs and lean as can be. I was no longer getting picked on and the girls in high school were actually starting to pay attention to me! It was then that I realized I was onto something: diet and exercised had drastically changed my life! It was at this moment I became hooked.

Over the years, I would go on to be a successful high school wrestler, going to the state championships two years in a row and serving as team Captain my senior year. I also tried out for track and cross country and I managed to earn my varsity letter in both. Following high school I joined the United States Marine Corps where I excelled in physical fitness and scored a perfect score on my Physical Fitness Test year after year.

All the while I continued to weight training at least 4 times a week. I also began to use supplements, and focus more on fine tuning my diet. While living in Japan, I became involved in power lifting and Judo. I would continue to be successful in both these activities, winning several power lifting championships in Japan and Virginia, and winning 2 state titles in Judo - one in Massachusetts in 2001 and one in Texas in 2006.

By 2007 I was living in Austin, TX and looking for a new challenge. I wanted to test my body as never before. I wanted to do an activity that harnessed all of the lessons I had learned from dieting for wrestling, to the intensity of power lifting, to the discipline I had instilled in me in the Marine Corps. I found that challenge in Bodybuilding.

I had always wanted to be a bodybuilder, but I never knew how to get started. I had read all the magazines from IronMan to Muscle and Fitness, to Flex. I had tried all the programs of the pros, but I had become disillusioned with the complexities and opposing views of each. As such, I would often try and then fail one diet and program after the other. I would get leaner and stronger, but I never could get the true look of a bodybuilder. Then One Day I met Dave Goodin.

Dave was a world champion bodybuilder who trained at Hyde Park Gym in Austin Texas. He took me under his wing and taught me everything I would need to know about bodybuilding. He gave me the challenge I was looking for by forcing me to restrict my diet and to give it my all in the gym. Many times I would leave from our workouts barely able to stand from doing squats or dead lifts until I was ready to collapse. I also grew hungry and tired from my diet. Many times I wanted to quit, but I kept moving because I wanted to prove to that 12 year old fat boy in the back of my psyche that he could do this.

In late 2007 I made my bodybuilding debut at the Alamo Showdown in San Antonio. I ended up placing third, but I would bounce back 2 weeks later at the Gulf States Championships in Houston with a 1st place win, along with a 2nd place win in the NGA Nationals the following week. I was thrilled at my performance, but more so I was amazed at the look of my physique. Despite competing for such a long season, I was hooked. I was a bodybuilder for life!

Today I am still actively competing as well as training others looking to improve their health and bodies, whether they wish to be bodybuilders, athletes, or just improve the way they look and feel. Everyone has a first step to take when reaching for their goals. My first step came when I was 12 years old in Boston using a rusty old barbell to curl. Others first step may not come until 30, 40, or 50 years old. What is important though is that they take that step. That is what my goal is now. To help others get moving. There is nothing I enjoy more than to see the joy in my clients' faces or read the emotions in their letters and e-mails when they profess how happy they are that they have changed their lives and appearances so drastically.