Friday Night Is Here! Let's Get A Beer!

Did you ever stop and wonder what a night out does to our diets? I mean what exactly are we consuming when we go out and party? Let's take a look at a typical night out with me and some of my friends shall we?

This is how we do it! It's Friday Night! That's how the song goes right? The work week is finally over, there is just the weekend to look forward too, and we can sleep in tomorrow! So, let's get on our best outfits, take a shower (for God's sake take a shower) and throw on some Old Spice because we are off to the bar and we are ready to get tore up!

Also, we are probably going to be hungry, so let's plan on eating a meal and some appetizers to fill us up. After all, you want to keep that alcohol under control by having something in your stomach to absorb it, don't you? Isn't that the way the adage goes? Oh well, who cares, let's roll!

But wait! Did you ever stop and wonder what a night out does to our diets? I mean what exactly are we consuming when we go out and party? Well, based on the average patron's night out and their eating habits, let's take a look at a typical night out with me and some of my friends shall we!

First place we are going to is 3rd Base. Hey, I live in Austin, so that's where I go when I want to get my drink on. If you are back in Boston, crawl yourself into a 99 Pub, or (God forbid) the Emerald Rose on Boston Road in Billerica. The caloric totals will be similar; however, it won't be as much fun as I am about to have! (How's that for free advertising!) Let's see if you can relate to a similar outing in your own life. 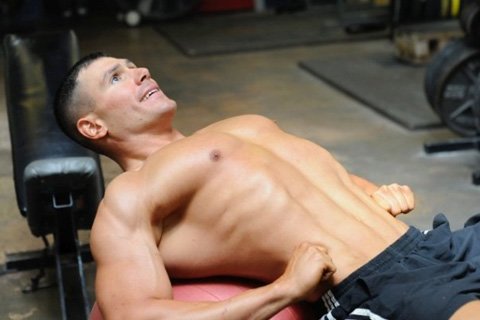 Click To Enlarge.
Author Barry Wile Is Wondering What His Night Out
Is Going To Do To His Diet.

OK, well here we are at 3rd Base in Round Rock, Texas. There's my buddy Scott! Do I want a beer? Hells yes! What kind do I want? That's easy! Bring me a tall Blue Moon beer with an orange in it.

OK, while I wait on Scott, I am going to go mingle with some other friends of mine. Ah, there's Mike and Shawn, and they have appetizers. What's that? Wings? Great! Wings are meat, so they must be high in protein right? Excellent choice! Oh and there's some ranch sauce too. Oh, and for fiber, I better eat the celery.

Hey, Scott, thanks for my beer! Damn that's a good beer! Hey try some of these wings! What's that? You want to go to Baby Acapulco's after this? That sounds awesome! Yeah I'll go. OK, time for another wing. You know what? I am getting kind of hungry, so I better order a meal. I think I'll have a turkey club with fries and side salad with Italian dressing.

Hey guys, check out that chick over there? Whew, what happened to her? She must have been beat with an ugly stick! Ha ha ha ha!

Anyway, that beer sure was good. I think I'll get another tall one. It's still happy hour, and the drinks are still cheap. You know, in this economy you need to spend your money wisely. Ah, there's my next tall Blue Moon! Delicious! Oh, and my meal! I love the turkey clubs this place makes. 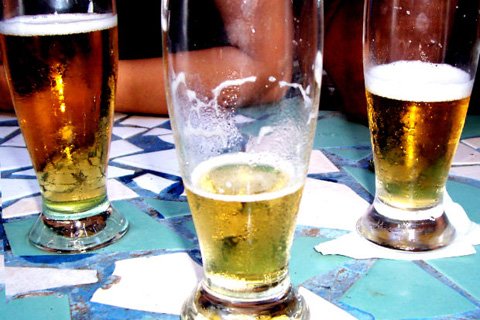 Click To Enlarge.
It's Still Happy Hour, And
The Drinks Are Still Cheap.

Hey, guys, remember that chick over there? I never realized it before, but she does have pretty eyes.

Ah! More friends! Ray and Ed are here now, and they just got tortilla chips for the whole table with queso sauce! I am going to be all in that! Man this beer is good! I think I am going to get one more before I leave for the next bar. How about a Dos Equis? I think I'll get a short one this time.

Man, now that I think about it, that girl over there has really pretty hair too...

Huh? Is it time to go? Already? Oh we are meeting more friends in Austin at Baby Acapulco's! They make awesome margaritas there! Where is the designated driver? Tommy, you are driving. Why? Cause I said so, and you are now the designated driver! I don't care if you came here on a blind date, you're with us now!

OK, Baby Acapulco's is hopping tonight! I am getting a purple margarita! And to be sure that I'm OK, I am going to eat some more tortilla chips so I have something in my stomach to absorb it. Oh wow, they have guacamole! Man I love guacamole! That's good stuff. Ah, here's my margarita! Wow that's strong! Do you know they make this with Everclear? Tommy, I'm talking to you! I don't care if you were really looking forward to meeting that girl; I'm talking about my drink! Well next time, drink faster and I won't bother you for being sober! Sheesh!

Hey guys? Isn't that the girl from 3rd Base? She must have cleaned herself up in the bathroom before she left because she looks good! Oh man, I am so going to go talk to her right now! OK, guys, wish me luck!

So that was my Friday night, and it is now Saturday morning. I really feel bloated today, and rather sick. I don't really have a hangover, but my stomach is distended, and I am retaining a lot of water. I wonder what I actually consumed last night. Well, let's review shall we:

Great Googly Moogly ... I ate how many carbs? How much fat was that? I am hyperventilating here!

Well let's see... there are about 3,500 calories in a pound, so I went over my daily caloric requirements by 4,727! If you think about it, I already consumed 2,200 calories before I went out, so I ate almost 7,000 calories yesterday! So, I think it's safe to say that I may have gained a pound or that I at least consumed enough calories to do so!

Well, studies have shown that the human body will only store some of it and the rest will be released as waste. So if I exercise the hell out of myself the remainder of next week and eat right I should be OK. But I was trying to lose weight ... This puts me right back where I was, so the past week was a wash. Great ... I was invited to a party tonight, but I better not make a habit of partying like that every night of the weekend or my body may start to accumulate fat. Also, I am tired and feeling the effects of the alcohol, so I don't even feel like working out. That may hinder my training and results as well ...

I didn't think I ate that much, but ... Holy smokes! ... You know, after writing all of this down it sure does seem like an awful lot of food. I didn't think it was that much last night, but there it is staring me in the face! This seems like a good exercise to do. 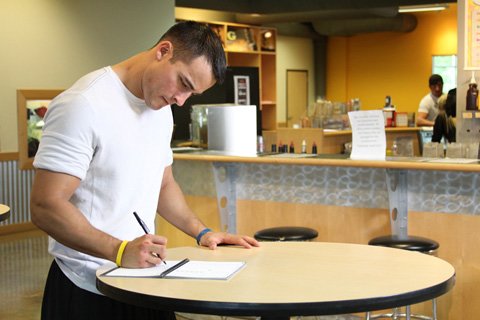 Click To Enlarge.
You May Be Surprised How Costly Your Night
Out Really Was If You Write It All Down.

I can't believe I ate that much! My diet has gone to hell! Well I guess this should be a lesson to me. If I want to be successful in my diet, I need to be more disciplined. Maybe the alcohol impaired my judgment? Hmm, maybe that is another reason not to drink other than excess calories.

Now if you will all excuse me, I need to do some major cardio! Oh, but first I need to get this err... "woman" out of my apartment. That may be another reason not to drink.

There is nothing I enjoy more than to see the joy from my clients when they profess how happy they are that they have changed their lives!