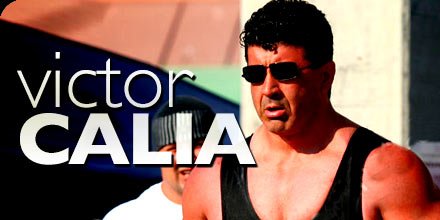 I grew up in Bay Shore, New York and lived in Long Island, NY until 1999 when my wife and I decided to make a lifestyle change and move to Las Vegas, Nevada where we currently reside. I began weight training at the age of 18 to improve my physical appearance and now compete as a competitive powerlifter in the USPF and APF organizations.

I began powerlifting in 2000 and have made steady progress each year to point where I am now competitive in my weight class (198 & 220 lbs). I firmly believe that powerlifting training is superior to bodybuilding as a way to improve both one's strength and physical appearance provided that one adheres to a sound healthy eating plan, and does not over eat. In addition, smart use of nutritional supplements will improve one's results in training and body composition if applied properly.

I am a regular contributor to Bodybuilding.com's and other websites message boards under the name, "Drdeadlift". I can be reached at vjcalia@aol.com if anyone would like to contact me regarding training, diet or nutrition.

I have worked in the health industry for 20 years. Worked for Dr. Robert Atkins 1985-1999 as Director of Product Development and Director of Educational Services. Created the first low carbohydrate nutrition bar, Atkins Advantage Bar in July 1997. Currently freelancing with several companies in the area of R&D and sales and marketing.