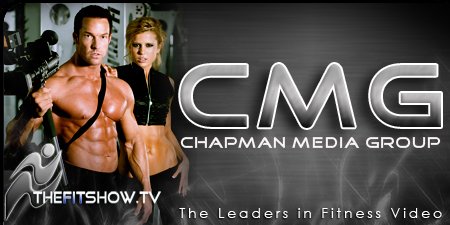 Note: Archived episodes have been discontinued on Bodybuilding.com, but may be viewed on YouTube.

Chapman Media Group and Bodybuilding.com partner to produce the first ever Bodybuilding and Fitness video program on the web.

Chapman Media Group announced today that they have affirmed a partnership with the world's largest fitness site, Idaho-based Bodybuilding.com.

"The partnership, said Travis Chapman, President of Chapman Media Group, will bring a whole new concept to life". The "Fit Show" produced by Chapman, is the first of its kind, streaming internet video show. "We want to have a format like a news TV show; the only difference is it will be aired online".

The shows will be showcasing high profile fitness and bodybuilding celebrities like Shawn Ray, Tom Prince, Melvin Anthony, Monica Brant and more. There will also be lots of great information, like workout tips and tricks, bodybuilding advice, diet and nutrition departments and exclusive event coverage, and a special video supplement guide.

The "Fit Show" will be hosted by none other than Gunter Schierlkamp, Richard Jones, Bob Cicherillo and Kim Lyons.

With Bodybuilding.com being one of the largest fitness sites in the world, and the largest on-line retailer of nutritional supplements, adding the "Fit Show" can only enhance their already superb website. Currently, Bodybuilding.com receives over 4 million visitors each and every month.

"We have big plans for the "Fit Show" I think this will bring a much needed connection to the Bodybuilding and Fitness world" said Chapman. "I want this show to spark a positive interest in the bodybuilding lifestyle."

Note: Archived episodes have been discontinued on Bodybuilding.com, but may be viewed on YouTube.