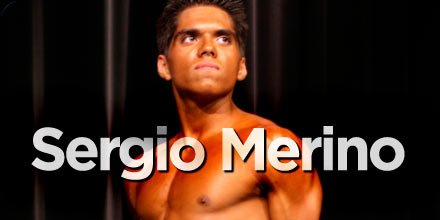 My name is Sergio Merino and I am a 21 year old student, drug-free bodybuilder, and Olympic lifter. I began lifting on and off throughout high school after picking up my first FLEX magazine and seeing Arnold on the cover. I dropped about 30lbs and picked up Lacrosse as a sport. After graduating and heading to college I stopped lifting and became very overweight.

In the spring of 2006 I decided to get back into lifting and prepare for my first show. I weighed about 133lbs but I placed 2nd in teens and last in the novice and open short class at the OCB Northern Atlantic States. Although I didn't place as well as I had hoped for I was hooked and couldn't believe what I had just accomplished. After a 2 year off-season I came back 10lbs heavier and took first place in the NPC Drug-Free CT State Open-Lightweight being the lightest guy in my class by 7lbs. I'm currently studying Exercise Science Human Performance at Southern Connecticut State University and plan on becoming a CSCS when I finish my course work in the fall of 2009. In addition to drug-free bodybuilding and Olympic lifting, I'm a sponsored athlete for USP Labs, WORD.