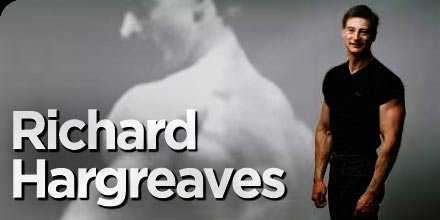 Richard is a qualified Fitness Leader and International Physique Judge. He has written numerous articles for Australian Ironman Bodybuilding magazine, Fitness Australia, Personal Trainer on the Net, Fitness Network Australia, Blitz Martial Arts magazine and Australian Musclemag, and appeared on Television and radio as a fitness expert. He has also designed more than a dozen functional foods, drinks and nutritional supplements.

Wayne McDonald graduated with Australia's most renowned Physical Education Degree from the Victorian University of Technology in 1985. Before finishing, Wayne completed the world's largest research on muscle growth and body composition in female bodybuilders. This study conducted over the last two of his five year degree gained publication in several physiological and medical journals world wide. In 1987 Wayne moved to the USA and wrote for the top bodybuilding and fitness magazines. This gave Wayne the vehicle to meet and know the world's top bodybuilders and upon returning to Australia, Wayne launched REPS Bodybuilding Australia magazine. In 1991, given Wayne's status and contacts in bodybuilding, he was approached to develop Natural bodybuilding in Australia. From one contest in 1991, the ANBF expanded to become Australia's Premier Bodybuilding organization.

In 1992 Wayne took the first Australian Natural team to America to compete internationally. However, the event was undeveloped, so Wayne devised the World Natural Cup and held the first major international event in Australia in 1995. This was the beginning of natural bodybuilding uniting around the world and the development of the International Natural Bodybuilding Association (INBA). In 1998 Wayne was officially recognized as the INBA World Vice-President and in 1999 changed the name of the ANBF to the INBA. Moreso, over the past 25 years Wayne has trained more than 1,500 athletes and the collection of his life's study and work was the focus behind co-producing with former Mr. Australia Richard Hargreaves the authoritative Bodybuilding Contest Preparation Course and certificate.