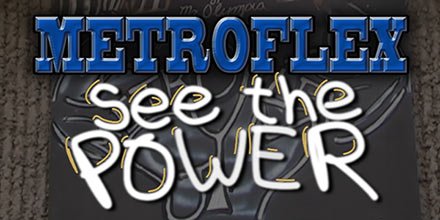 Athletes who have trained/still train at Metroflex Gym:

Other testimonials (past & current lifters) can be found at:

These gyms frowned upon lifts such as deadlifts, heavy squats, and other strongman and powerlifting moves -- which are the very lifts necessary to build terrific strength and muscle! The gyms even frowned upon dumping heavy dumbbells on the floor, grunting loud, motivational yelling at your training partner, and mostly, they were concerned with making money to a far greater extent that helping their members get big and strong.

Almost none of the gyms even offered good advice, let alone a great environment, for the bodybuilder, power lifter, strongman, and combat athlete to become bigger & stronger and, ultimately, better athletes."