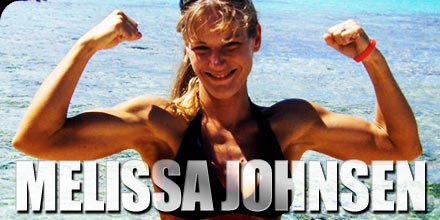 Originally from Seattle, Washington, Melissa was born into a middleclass family with three siblings. There she was raised in her father's childhood home until she was 15 years old. Her parents then moved her and her younger sister north, to Marysville, Washington where she met her high school sweetheart. They married at the young age of 18, traveled the world during the first 13 years of marriage and now currently reside in Idaho, with their three children.

January 2006 was the turning point in Melissa's health. She had had enough with feeling tired, grumpy and out of shape, so when her husband introduced her to the Body-for-Life principles, she was determined to give it a try. During that year, she took control of her life, completely turning her mental attitude and outward image around. In 2007, she attained her ISSA- Certified Personal Trainer Certification, teaching and sharing her love of fitness with others. Currently she's pursuing her passion- figure competing and sharing her story of transformation with other moms. She has had much success in the sport thus far. In her very first NPC show she placed 1st in all classes, qualifying for nationals in 2008. "The skies the limit," Melissa says. So what's next on her list? -To earn her IFBB Pro card.