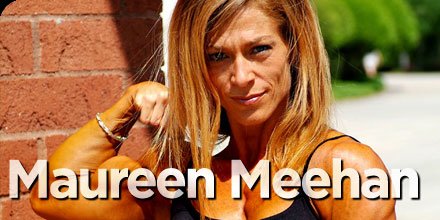 As far back as I can remember I loved being an athlete. Being one of two girls, I was tagged as being the son my father never had. Sports were my childhood.

During high school I lettered in soccer, track and softball all four years and continued with softball, and playing for Rutgers University.

After my third child I knew we were 'done' having children and I was determined to get into shape. I had struggled with my weight my whole life, but being as active as I was, I was able to stay in shape. I joined a gym and began taking GGX classes, but soon grew tired of the classes and headed out to the weights.

People began to ask me if I had ever competed. I laughed the first few times, but after a while began to consider trying. I knew nothing about the industry, or anyone that had ever competed. My husband and I researched training and dieting, developed our own and gave it a shot! I guess you can say I'm addicted now.

As a wife, mother of three, elementary school teacher and softball coach, my life if non-stop. Without the support and encouragement from my husband and children, I could never do this!

I began competing in the figure division, but quickly transitioned to bodybuilding per suggestion of the judges.