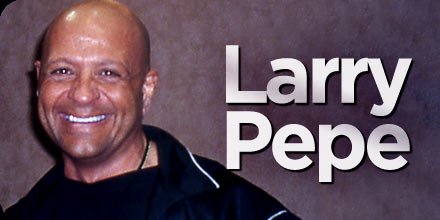 Based in Las Vegas, Larry is a regular contributor to many of the industry's top magazines. Larry has written hundreds of articles on virtually every top bodybuilder in the world on everything from contest preparation to specific body part training.

An NPC judge for more than 10 years, Larry authored the popular "Precontest Bible" before serving as host of Muscle Radio. With an extensive background in training, nutrition and supplementation, Larry is the host of the popular radio show, "PBW's Pep Talk" and also co-hosts major webcasts for Bodybuilding.com. An avid mixed martial arts enthusiast, Larry also produces UFC and MMA related audio and written content.