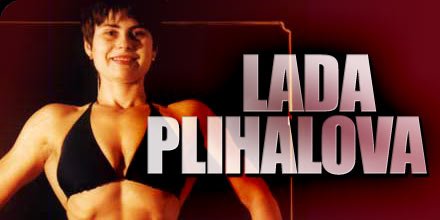 My name is Lada and I live in a small country in middle Europe called Czech Republic.

I have been doing athletics since I was 5 years old, then from 13-15 I have done karate and then finally switched to bodybuilding - I competed as a teenager in the lightweight division.

In 1997 I achieved my major goal - I was second in our National Championship in the lightweight bodybuilding division. I almost made our National team in 1998, but had a bad accident in the gym and injured my left knee badly. I graduated high school and moved to study at a University and competed at the 1999 Teen Local Championship. I was fourth in the heavyweight class.

In 2000 I took a break because of switching categories from teens to open class. But in late 2000 I had another bad accident when I fell off a horse and smashed my left forearm - I had ripped ligaments and had a half paralyzed arm (from left elbow down).

This seemed to be end of my career as a bodybuilder. But I wanted to stay around this sport I love! I have written several school works and essays about fitness and fitness as a subculture. I have also completed several courses for a personal trainer certificate and I wish to start writing about it (I had journalism as Bachelor Minor). I still tried to train with a small dumbbell tied to my left arm... and it was better and better. In 2003 I felt I am ready to try it again.

I got a job in our capital city in late 2004 and had to move (just before the competitive season, so I missed it). And I met my fiancé Daniel.

In 2006 I finished studying at the prestigious coach school at Peter Stach. I tried to compete in Autumn 2006 as Figure/Fitness, but lost because to big for figure.

Now I am trying to get back to bodybuilding despite all of my former injuries. I will take a break this year probably.