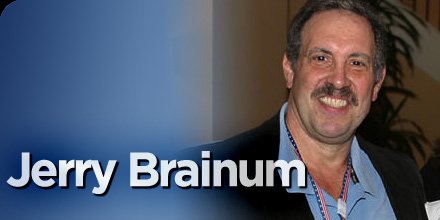 As a noted expert on all aspects of exercise and nutrition, Jerry Brainum has published more than 3,000 articles in over 20 national and international publications, including Muscle & Fitness, Flex, Muscular Development, Let's Live, Excel, Men's Fitness, Penthouse and numerous others.

Since 1985, he has been a columnist for Ironman magazine, writing monthly columns for Bodybuilding Pharmacology, Exercise Science and Nutrition Science as well as contributing numerous feature articles. Jerry was also the science editor of Muscle & Fitness magazine from 1987 to 1995 and editor-at-large at Flex magazine from 1995 to 1997. He also published a professional newsletter, Applied Metabolics, for two years.

In addition to his writing, Jerry is a sought-after nutrition advisor for many professional athletes. He's worked with champion boxer Oscar De La Hoya (Jerry was his nutritionist for three years, during which time Oscar was undefeated); undefeated boxer Floyd Mayweather Jr.; undefeated cruiserweight boxing champ and best boxer of the 1996 Summer Olympic games Vasili Jirov; professional basketball player Vlade Divac, and many others. Athletes throughout the world regularly seek Jerry's advice and help in matters pertaining to sports performance nutrition. He also trained with Arnold Schwarzenegger at the original Gold's Gym in Venice, California, in the early '70s.

Jerry stands out from the rest of the field in exercise and nutrition reporting and research because of his ability to communicate often esoteric and difficult scientific concepts based on the latest research into practical advice that can be used by anyone interested in boosting their progress in bodybuilding and athletics. His knowledge is based on more than 40 years of intensive personal and academic research.

Besides the numerous world-class athletes he has advised over the years, Jerry has also assisted many of the top names in bodybuilding for more than three decades. He is the man the champions come to when they want to know the unvarnished truth, whether it pertains to ergogenic aids or nutrition.

Unlike many other self-appointed "gurus," Jerry is not beholden to any commercial entity, so he is free to disclose the whole truth and nothing but as it pertains to nutrition and exercise. With his first e-book, Natural Anabolics-Nutrients, Compounds and Supplements That Can Accelerate Muscle Growth Without Drugs, you can benefit from the whole truth regarding the most popular supplements and push forward toward your genetic potential in muscle size and strength. It's available at his Web site, www.JerryBrainum.com.