Jeff McCarrell, President and Co-Founder of Nutrex Research, Inc., has been involved in the Sports Nutrition industry for nearly 15 years. Jeff's experience has been with such companies as EAS, MET-Rx, Pinnacle, Biotest, and VPX. During his career he has held many positions to include Senior Executive Officer, National Sales and Marketing Director, and Product Development. He has also consulted to and developed some of the top companies within the nutrition industry, as well as, some of the most successful and cutting edge products the industry has seen. 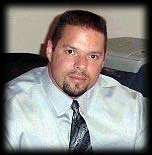 Jeff's proudest accomplishment is his time in the 75th Ranger Regiment, U.S. Army, Ft. Benning, GA. He there served as a Military Intelligence Non-Commissioned Officer in the 75TH Ranger Regiment. Even while serving his country he continued to consult soldier's with nutritional and training programs. He also dieted and trained himself to win the Mr. Ft. Benning Bodybuilding Championships / All Armed Forces Championships.

Although he has attained a B.S. in Exercise Science, as well as, several training and nutritional certifications, his experience working with some of the top researchers in the industry (i.e. Anthony Almada, Doug Kalman, Pat Arnold, Lonnie Lowery, Dr. Tim Z, Dr. Scott Connelly, and steroid expert Dave Palumbo) is his most valued educational opportunity. He has also had the opportunity to work with and learn from strength training Guru's Ian King and Brian Batcheldor.

Over the past 5 years, Jeff has been consulting some of the top professional and amateur bodybuilders with their contest preparation. This contest prep authority has had many athletes in the best condition of there life.

Click here to learn more about the Nutrex brand of bodybuilding products. They are some of the most revolutionary products to hit the market in years!