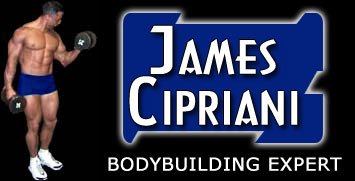 I started weightlifting as a mandatory prerequisite to playing football. I played football up until my sophmore year of college, which is when I tore my left hamstring. In a quest to fill my void, I joined the powerlifting team that we had at Springfield College. I was fairly successful there (undefeated in 4 meets with attempts at world records in the deadlift and bench press) when I started to hunger for something different. BODYBUILDING!

I was undefeated there, as well, in my first 5 shows. I have stayed drug-free for my entire training and competeing career, which led me to compete in the A.A.U., A.N.B.C. N.G.A., I.B.F., and drug-tested N.P.C. shows. I have also received the "Best Poser" award in virtually every contest that I have competed in. I had a string of second places (too many to mention) before I realized my true love is not really the actually competeing, but rather the process of getting ready for shows.

I then found my largest fullfilment in coaching others in their bodybuilding/fitness endeavors and am now the most sought after personal trainer in the Western Connecticut area. My quest for competing is not over, though, as I am setting my sights on the Team Universe in the near future. Other future endeavors to look out for will be many forthcoming articles to Bodybuilding.com and contributer to AST Sports Science's website, audio series, and magazine "High Performance Muscle." Age: 30
Height: 5' 6"
Bodyweight: Offseason - 210, Contest 185
Years Training: 15
Favorite Bodypart: Shoulders
Favorite Exercise: Seated Front Military Press - View
Favorite Supplements: AST Sports Science Dymetadrine Xtreme, VP2 Whey Isolate, and Creatine HSC
Hobbies: Spending time with the people (and dog) that I love.