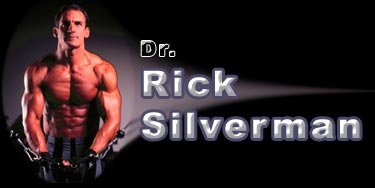 As you can see from the pictures down below, I wasn't destined to become the bodybuilder that my friends and colleagues now make fun of. Rather, back in 1977, on my "Freshman Trip" at Dartmouth College, I could easily have been mistaken for something left by the roadside by careless travellers. At 6'1", I weighed all of 135 pounds wet with those heavy hiking boots on. I vaguely recall thinking that I actually had fairly muscular arms back then, but I must have been confused. I rowed crew during my freshman fall and winter, but had to quit following a bout of the "asian flu" during the winter term. I may have had mononucleosis or something, and I actually lost about 10 pounds, if you can imagine. Fortunately, I don't have any pictures of myself from that time. I remained skinny for a long time after that, and I sang my way through college. 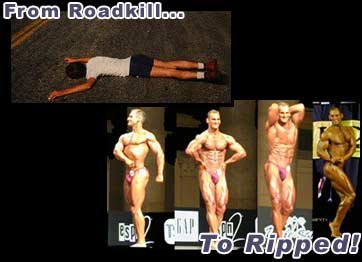 Though I started lifting weights when I started medical school, I inched my way up from around 155 pounds, which I weighed when I graduated college, to about 170 pounds, when I finished my Plastic Surgery residency--eleven years and a gain of 15 pounds. Pretty impressive, eh? My "problem" during that time, was my approach to working out--I was a "cardio machine", running long distances, rowing my single on Lake Quinsigamond, taking long bike rides, swimming 2000 meters just for fun. I lifted weights as an adjunct to all of these activities. I also didn't sleep enough or eat enough. Finally, when I was doing my fellowship in Australia, I gained 5 pounds, probably due to the amount of that fine Australian brew that I consumed. Those were, in fact, 5 good pounds, and I gained them because I needed the extra calories.

Upon returning to the states and starting my practice, I resolved to consume more calories, and I started by adding weight gainer shakes to my diet. I eventually settled on Muscle Maxx and Pro Maxx from SportPharma, and now I don't leave home without them. I had also had back surgery for a herniated disc, and though I continued running for nearly a year after that, I eventually decided to stop because of the persistent aching I had in my left leg. And that was all that it took--I began to grow like a weed. Of course, I didn't think I'd ever see 200 pounds on a scale, and in a little over a year, I popped briefly over the 200 pound mark, gaining over 25 pounds in a year, with no change in my waist! Not bad for a 35 year old. I dropped a few pounds over the summer, but gained them back through the fall and made it to a solid 205 by January of 1996, when I decided to compete, mostly due to encouragement by my friends.

"After a little over three years into my bodybuilding "career", I had gained a maximum of 60 pounds, without the use of anabolic steroids."

My competition weight remains around 195 to 200 pounds, but the overall quality seems to improve with time. I'm a little thicker around the waist in the off-season--up to a 32 inch waist from 31 inches--but I guess that comes with the terrain. At competition time, I still shrink back under 30 inches. I am still able to hide myself in a sport coat and tie, and people just think I'm in good shape. If I'm wearing surgical garb at work, I am frequently asked if I work out. It must be my arms that give it away.

Having turned 40 this year, I decided to compete in the Masters division in the NPC. In May, I took 3rd at the New Englands in order to qualify to compete at the Masters' Nationals in Pittsburgh in July. After that, I won the Open Men's Heavyweight division of the INBF Northeast Classic and I won the Masters' division of the Superbody in New York with a brief appearance on ESPN2. My trip to Pittsburgh for the Masters' Nationals was fortunately not wasted, since I visited my family. The contest was interesting--with 33 Light-Heavyweight competitors in an un-tested field. You can figure the mathematics...

This all started as a result of my practice--one of my friends from the gym started referring patients with gynecomastia (male breast enlargement, sometimes caused by anabolic steroid use) to me. One thing led to the next, and now the cosmetic surgical portion of my practice and my bodybuilding complement one another. I enjoy taking care of fitness-oriented patients and bodybuilders, and as a result of my experiences over the past several years, I have a little something more to offer these patients.

Mostly, bodybuilders and fitness people are interested in liposuction, breast augmentation, or surgery for gynecomastia. Others are interested in breast reduction, other types of implants, removal of skin lesions such as moles, and a variety of other reconstructive and cosmetic procedures. My practice is based at the St. Elizabeth's Medical Center in Brighton, Massachusetts, with a second office in Newton, and ongoing affiliation with University of Massachusetts Medical Center, in Worcester, Massachusetts, where I am an Assistant Professor of Surgery. You can imagine the grief I get as a result of my bodybuilding activities--not the most intellectual pursuit. But it doesn't hurt to be smart in your approach to training and nutrition, and I think that is partly why I have made such gains over the past several years.