Skip La Cour established himself as a leader in the bodybuilding world through his outstanding physique and by teaching his effective training philosophies to others for more than 20 years.

La Cour invested more than 25 years of heavy involvement in the personal development/motivation business and more than 20 years in the bodybuilding and fitness industry. His experience allows him the unique ability to create instant change for people who want to improve their body, mind and spirit effectively, efficiently and in the shortest period of time. 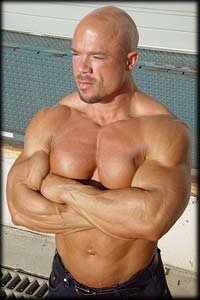 Skip La Cour has been training for more than 20 years and competing in bodybuilding contests for more than 15 years. During that time span, La Cour competed in 29 bodybuilding shows around the world. La Cour stands 5 feet 11 inches and his competition weight ranges from 205-to-220 well-conditioned pounds.

La Cour won the NPC (National Physique Committee) Team Universe Overall titles twice (in 1998 and 2002). He was the first man to win two overall titles. He won the heavyweight class five times (1995, 1998, 2000, 2002 and 2003). Those five victories are the most class titles in the history of the NPC Team Universe contest. He is also the only man who competed in all of the first 10 of the NPC's top drug-tested annual amateur event.

La Cour is also the first man to win the overall titles at both the NPC Team Universe and the Musclemania Natural Bodybuilding Championships - the two most competitive and most recognized drug-tested shows in the United States.

The Academy of Bodybuilding, Fitness and Sports Awards named La Cour "Natural Bodybuilder of the Year" in 1998 for his outstanding efforts.

La Cour is an accomplished bodybuilding writer. He has written hundreds of articles that have been published in bodybuilding and fitness magazines around the globe and translated into many different languages.

His information products successfully guide bodybuilders at every level in more than 53 countries around the world.

Skip La Cour is the creator of the MANformation personal development program for men. MANformation teaches men of all ages the qualities, characteristics and actions of the most powerful, charismatic and influential Alpha males in the world. MANformation outlines Alpha Leadership strategies that transform you into the MAN you really want to be.

When you become more aware of these Alpha-male characteristics, appreciate how they can affect the quality of your life, learn how to adopt them into your own personality and practice these skills, you'll have more options in life. "Options" are all the things in life you REALLY want - and they are far more valuable than all of those things in life that you merely settle for. Money, power and sex are examples of the life options many men desire, want more or better quality than what they already have. 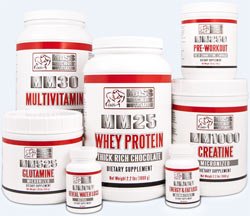