CrossFit Star Saxon Panchik Has It All Figured Out

Barely into his 20s, Saxon Panchik was crushing workouts, business, and life. Here's how this committed lifter turned injury into opportunity!

At just 12 years old, Saxon Panchik and his twin brother, Spencer, both fell from a slippery 75-foot cliff while hiking with friends. The resulting injuries left him sidelined from his beloved sport of football, and doctors told him that contact sports would never be an option again; any trauma to the head could be deadly.

This could have been the end of his athletic career, but it turned out to be just the beginning.

"Thankfully, CrossFit entered my life six months later as a rehab tool," Saxon says. "Once Spencer and I found out that it was something we could actually compete in, we were hooked."

The twins' older brother Scott was a perennial contender at the CrossFit Games, regularly finishing within the top 5-7 spots. Saxon systematically worked his way up, as well, appearing at the games for five straight years before peaking at ninth place in 2019.

Between athletic achievements, Saxon also opened his own gym with Spencer, CrossFit Cliffside, which they tag-team as owner-operators. He's a young and driven guy who isn't going to slow down any time soon, so we sat down with him to find out what it is that makes him tick.

When did you realize that CrossFit really spoke to you?

It was when I was watching my older brother, Scott, at Regionals trying to qualify for the CrossFit Games for the first time back in 2012.

He was up against guys I looked up to like Rich Froning and Dan Bailey. To me, they looked like Greek gods. I just thought, "That's something that I want to be able to do someday." A few years, later I qualified for my first Regionals.

What has been your mindset going into competitions?

At one event, I had the mind frame that I was going there to win and didn't want to talk to anybody. That ended up being one of my worst events because I was so focused on myself, rather than meeting new people and just appreciating the experience.

After that, every event I went into thinking, "I'm going to have fun and do every event with a smile on my face." Nobody wants to see someone out there miserable and not enjoying themselves. That goes against my whole goal of being someone people can look up to and see how great this sport is. 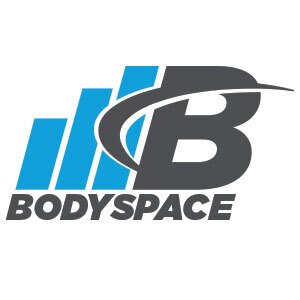 The Fitness Community for Every Type of Lifter
You'll find lifters of every type on BodySpace: people focusing on bodybuilding, CrossFit, powerlifting, weight loss, or just training and having fun. Join the world's strongest fitness community, ten years strong and still going!

Some athletes seem to thrive with that "I'm here to rip throats out" mentality. Why doesn't it work for you?

Whenever you're too zoned in and focus too much on what your body is going to endure, it's almost like you're going through the stress of it all before it even happens.

I saw a lot of people at the Games mean-mugging each other or looking like they were frowning. However, I think the men and women succeeding there were the ones who were enjoying every moment. When you love what you're doing, it's easier to see positive outcomes.

You and your older brother, Scott, had a unique opportunity to compete together at the games in 2019. What was that like?

When I was a little kid, I was always going to his football training camps and striving to keep up with him. He set the standards really high! But even though I was 10 and he was 18, I still had it in my head that I was going to kick his butt at everything. And that carried over once we came together again with CrossFit.

We're pushing each other back and forth. It's still me trying to catch my big brother, and that forces him to stay on top of it so he doesn't lose to his little brother!

The number one supplement for building muscle and strength in CrossFit athletes? It's creatine monohydrate. VIEW ALL

How do you deal with nerves or doubt when you compete?

No matter what, there's always going to be nerves. But putting yourself in more of those situations in training helps you get your mind used to being out there on the floor competing.

Whenever I see an event, I think back to a time in training where I did something very similar, and that gives me the confidence to go out there and crush that workout.

What has been your most memorable moment in CrossFit and why?

There have been so many, but I would say it's any time I'm on the floor with other athletes and sharing a moment of celebrating success. Like being able to win the sprint event in 2019 and celebrate with my brother. Or when I raced to 5 reps with 355 pounds with Noah [Ohlsen] at the end of the clean event.

When we crossed the finish line, we gave each other a big hug knowing we both laid it out there and gave everyone a good show and nothing else mattered at that point. I think the best moments are when I can show that it's not all seriousness, and that encourages and draws others to the sport.

How has CrossFit shaped you as a person outside of the gym?

I think the opportunities I've had competing and running the affiliate gym with my brother have exposed me to the community so much, and I've learned that everyone has a story. Being able to listen to people's lives and what they've overcome is something special. It has taught me to be a better listener to people in and out of the gym, and that a lot of people just want to express what they've been through to you.

And now I want to hear as many stories as I can! I ask members of my gym why they do this and it's amazing to hear what brings people in there. It's not all about competing.

What advice would you give to somebody just starting out?

Don't compare yourself to anyone else, especially anyone older than you. No one knows you better than you do and that's what you have to work with. If you're just following other people, you're going to end up exactly like them and lose yourself.