If you're scrambling to find the strength you need to make it through the day, a nutritional deficiency could be to blame. Stay ahead of the game by getting to know the usual suspects.

Watch the way most people structure their day, and it's hard to escape the conclusion that their energy level is solely a product of what they drink. As the hours tick by, they alternate between coffee, soda, energy shots, pre-workout supps, and whatever else they "need" to keep them propped up until they collapse into bed.

Somewhere in the middle all of that liquid stimulation, their diet may be trying to tell them something. A nutritional deficiency can hit you harder than you might expect, leaving you scrambling for quick-fixes to help you finish your to-do list. And even if you think you're eating healthily, such as by cutting out animal products and red meat, you might be putting yourself behind the eight ball when it comes to overall vitality.

There is another way: You can eat for energy in addition to health. This requires taking an unflinching look at your diet, and taking immediate action against any gaping holes. If you feel like your gas gauge is pegged on "E" too often, here are five common culprits to consider.

Someone should consider renaming vitamin B12 to give it a title that reflects just how crucial it is to the human body's normal functions. Sure, all those other vitamins are important, too, but not many of them can say that they are involved in the metabolism of every cell of the human body. No matter what we do physically or mentally, B12 is a key player—especially when it comes to energy.

As you might expect, being deficient in B12 is no fun. People who aren't getting enough can sometimes experience severe alterations in their mood, including fatigue, depression, loss of appetite, and poor memory. Of course, none of these symptoms in and of themselves are sufficient to diagnose B12 deficiency, but they provide a good opportunity to take stock of what might be holding you down. A lot's at stake. In the long-term, B12 deficiencies can cause irreparable damage to your brain and nervous system.

So how much is enough? Because B-complex vitamins are water-soluble, your body excretes them regularly and they need to be replenished daily. As a general rule, adults should be aiming to consume at least 2.4 mcg of this vitamin per day, an amount easily obtained from most people's diets. Pregnant and lactating women are advised to take a slightly higher dose, around 2.8 mcg. Because older people often do not absorb B12 from food efficiently, they often take even higher dosages as supplements.

Good food sources for this vitamin include everything associated with animals: fish, meat, poultry, eggs, and dairy products. Vegetarians and vegans are most at risk for B12 deficiency, so if you are leading a vegetarian lifestyle, consider supplementation. 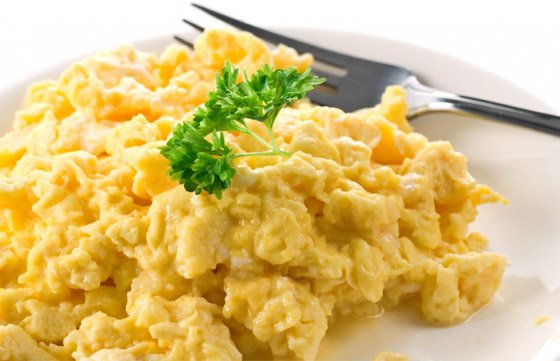 Made all the necessary changes—but still dragging around? You may have pernicious anemia, a condition in which the intestines lose the ability to absorb B12. Your doctor can order a simple test to see if this is indeed your problem.

Like B12, iron has a hand in almost everything your body does. First and foremost, it's crucial in the formation of red blood cells, which carry oxygen to bodily tissues. So if you're among the billion or so people worldwide who are iron-deficient, it's almost like you're taking tiny, shallow breaths all day, every day.

Pinning down iron deficiency through its symptoms can be tough, because it can have many causes and takes time to progress. From an exercise perspective, suffice it to say if your muscles are not getting the oxygen they need, you can expect intense fatigue to hit rapidly.

Many women in particular tend to fall short in iron, both because they lose iron in their menstrual cycle each month and because iron-rich foods often aren't prioritized in many fat-loss diets. The most abundant absorbable sources of iron in the diet are animal foods like lean beef, bison, and venison. Poultry also contains some iron, but at a much lower level than in red meat.

Non-animal sources of iron include spinach, tomatoes, lima beans, soybeans, apricots, kale, and oatmeal. However, these are non-heme forms of iron, meaning that your body doesn't absorb them as efficiently as the heme iron of animal-based foods. So if you aren't eating animal products, supplementation is a good move. Just to be sure you get sufficient amounts of the type of iron you need most.

"The most abundant absorbable sources of iron in the diet are animal foods like lean beef, bison, and venison."

The RDA for iron among adult men is 8 mg, and 11 mg for teenage men. Adult women, on the other hand, need 18 mg daily from age 18 through menopause, and 15 mg as teenagers. Pregnant women of any age are recommended to consume 27 mg daily.

Vampire 3 You're Not Properly Hydrated

Far too many people overlook the impact hydration has on the body and on general well-being. Dehydration levels as small as two percent can influence day-to-day energy levels, concentration levels, and metabolic rate. 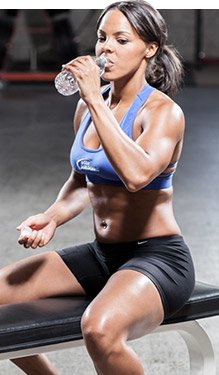 "Water is the first choice for hydration, but several studies have shown milk to be equally effective."

There have been countless studies on hydration, but we continue to learn more about how it affects us. Earlier this year, a well-publicized study at the University of Connecticut's Human Performance Laboratory added an important piece to the puzzle: By the time you feel thirsty, you're already dehydrated. At that point, your working memory and cognitive abilities are already impaired. Women are statistically more prone to these symptoms than men, but both are at risk for increased fatigue, tension, and anxiety as a result of not drinking enough.

The answer is simply to not let it get to that point. Men should aim to consume more than three quarts of water each day, while women should be taking in more than two quarts. If you're highly active or living in hot climates, consuming slightly more than this can work to your benefit.

Water is clearly the first choice for hydration, but several studies have shown that milk is equally effective. Avoid downing large amounts of fruit juices, however; These are loaded with simple carbs and can cause your blood-sugar level to spike and crash, leaving you with less energy than you had before.

Vampire 4 You Cut Too Many Carbs

If your dietary scheme requires you to make all-or-nothing decisions regarding important food sources or nutrients, you might be putting your energy level at risk. This can definitely apply in the case of carbohydrates, as it does with the animal products mentioned earlier. 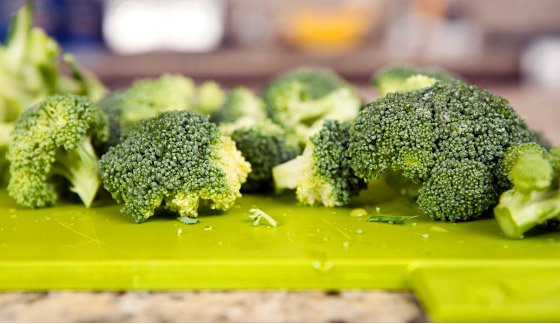 "Eat complex carbohydrates that break down and digest slowly in the body."

Cutting carbs from the standard American diet is a no-brainer. But if you're considering cutting carbs out almost entirely—say, to 20-40 g or less per day—then tread carefully. This is low enough to cause you to enter a state of ketosis, where you might experience a temporary but intense drop in energy and mental clarity as your body grows accustomed to burning fat instead of glycogen. If these unpleasant feelings last longer than a couple of weeks, consider upping your carb intake.

Focus on eating complex carbohydrates that break down and digest slowly in the body; these are the ones that will maintain your energy level over long periods, rather than causing a peak followed by a dip. It's also worth remembering that fresh fruits and vegetables bring myriad benefits to your health and energy level, and you definitely don't need to eat a high-carb diet to fit them in. 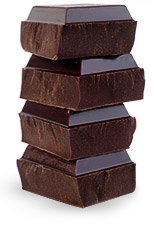 If you work out intensely for long period of time, you're probably sweating out a lot of potassium. Diuretic medications can cause you to lose even more, as can the vomiting and diarrhea that come along with seasonal illnesses like the flu. Either in combination or on their own, these factors can cause a major hit to your energy and muscular strength.

If you eat a diet rich in fruits and vegetables and low in processed foods, you'll naturally be getting a good intake of potassium. However, if you're training heavily, you'd be well advised to make space for a few more potassium-rich foods.

Avocados are an all-star when it comes to potassium, as are dark chocolate, dried fruits, and pistachios and other nuts. Seasonings like paprika, chili powder, coriander, and basil also contain potassium, so don't hold back on the spice.

Take inventory of what your current diet looks like and make sure that you aren't overdoing sodium and missing out on potassium. One recent study showed that the two really do work in balance; you can maintain a diet fairly high in sodium without severe consequences, as long as you get enough potassium. Chips, meet guacamole.

Pyramid training is one of the most basic and effective methods for building muscle and strength. Use this guide to build your own ascending, descending, or triangle-style pyramid plan!