Skinny, thin, beanpole, bag of bones - if any of these descriptions sound familiar fret not, the following will get you a long way to packing some meat onto your bones. Learn how...

Skinny, thin, beanpole, bag of bones - if any of these descriptions sound familiar fret not, the following will get you a long way to packing some meat onto your bones.

Adding mass, especially lean mass that gives your body that thick muscular look is not easy for some. Fortunately the same problems are usually always the culprit for being eternally skinny. Follow the prevailing recommendations and you physique should start to fill out.

Create A Support Network For The Muscle

Far too often I see individuals who haven't done any form of structured training before jump straight into a heavy resistance program. Whilst they will see results the results will inevitable be sub optimal. The muscles are like any building if they haven't got a foundation the total amount able to be built is limited. For muscles the foundation is connective tissue and capillaries.

Muscles are living tissue, which requires nutrients and oxygen. These nutrients are brought by small blood vessels called capillaries. Through training you can increase the number of capillaries within a muscle (termed the capillary density) and therefore ensure the gains brought about by heavy resistance training is optimal and supported by a network of developed capillaries.

Another factor is the strength of the connective tissue such as ligaments and tendons. These components of a muscle have a poor circulation system and therefore do not recovery and develop as quickly as the trained muscle. 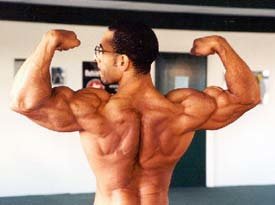 The amazing back of British bodybuilder, Andy Palmer.

The connective tissue of a muscle can be a limiting factor in size and strength through both a neurological and structural viewpoint. Neurologically tendons contain sensory organs that relate tension levels to the muscle and can cause inhibition of the muscles through inhibitory postsynaptic potentials (IPSP) when the strain is deemed to high. Ensuring the tendons are strengthened at a pace reflective of their adaptive ability will go along way to ensuring full heavy training produces the results it should.

Most professional athletes will go through a period of training that develops their general physical preparedness (GPP) before undertaking high intensity training programs. This can be as simple as two to three weeks of high rep circuit training using solely your own body weight.

This will ensure capillaries are developed and the connective tissues are eased into training at an appropriate rate. Below is a simple body weight circuit program (each exercise is done back to back with no rest until all the exercises are complete) that should be performed three to five days a week for two weeks before embarking on a heavy resistance program. Repeat the circuit three to four times after resting sixty to ninety seconds.

Although a fair proportion of this article will focus on nutritional intervention, it had to be stated that the correct exercise program is needed to ensure that the mass you're packing on is muscle and you don't end up looking like a bag of bones covered in lard. Typically a mass gaining routine will involve multiple free weight exercises for a single body part. The exercises will involve performing multiple sets of six to twelve reps, taken to a point of momentary fatigue (failure).

This kind of advice forms the basis of many of the various routines you'll find that promise gains in muscle mass. Overall its pretty sound advice, but a vital piece of information is missing. Progression. If you do not provide progressive overload your body has no reason to change, plain and simple.

There are around five general avenues for progression. Either increases in intensity (weight), volume (sets and reps), density (how much exercise is done in a given time frame), frequency (how often the exercise or muscle group is trained in a week/microcycle) as well as the 'familiarity' (different exercise or motor pattern).

Trying to ensure that you take advantage of all the methods of progression will ensure that you continually progress, as well as ensuring that you develop all the factors that make up a large highly developed muscle (myofibril and sarcoplasmic hypertrophy, increased capilarisation and an improved nervous system).

The protocol outlined below should allow continued progression over a nine week cycle.

Start off with one core exercise and one to two ancillary exercises per bodypart (i.e. a core exercise for delts is the overhead press and side lateral would be an ancillary). Use a twelve-rep max for three sets of six to twelve reps. Rest between sets should be sixty seconds initially. Try to maintain your reps between six to twelve as you progress throughout the nine weeks.

At the end of the nine weeks change your ancillary exercises, drop back your sets and rest to the original starting point on the core exercise and repeat the process with your new twelve rep max.

Considering this, the basic advice is to eat and then eat some more. However you don't want to blow up like a fat pig. Rather you want to consume enough calories above maintenance in order to have a surplus for tissue accretion.

In Fig 2 there is a range of energy levels depending upon your activity levels.

Read across from your body weight to the appropriate activity level for you. (Light is office based work, medium an active job and heavy is strenuous manual labour), this will give you a guide to the total energy you need to consume.

The majority of your diet should be formed from nutrient dense foods (i.e. fibrous carbs, lean meats, as well as nuts, fish or other sources of essential fatty acids). However these foods have a high satiety factor, or in other words they will make you feel full and satisfied fairly quickly. Considering that most skinny individuals have a hard time eating enough these foods will compound the problem.

However to ensure these fast digesting and metabolised carbs get stored as muscle glycogen rather than fat, it would be advisable to eat large portions of these foods in a six hour time frame post workout. All your other foods should consist of fibrous foods.

Vital times for nutritional intake are both before and after working out. Consuming an easily digestible carbohydrate and protein dink immediately prior to working out will both boost performance and prevent catabolism (breakdown of tissue) during the workout. Carbohydrates and protein can both be used as a fuel substrate and prevent fatigue at the peripheral level (within the muscle).

Carbohydrates and protein pre workout will prevent catabolism by inhibiting the enzyme BC oxoacid dehydrogenase that breaks down muscle tissue for use as fuel. As well as preventing catabolism the suppression of BC oxoacid dehydrogenase will mean more circulating branched chain amino acids within the plasma. These increased levels will combat central fatigue (inability of brain to send action potentials to the muscles) by competitively inhibiting uptake of tryptophan.

This cell volumisation will act as a switch for protein synthesis and lead to greater lean tissue growth. Overall the advantages of consuming a protein and carbohydrate drink both before and after working out will go along way to ensuring that your body is set up for lean tissue gains.

It is said that 'what you can conceive you can achieve'. Far too often people blame their genetics on why they can't gain muscle. Rubbish, plain and simple. Controllable factors such as training, nutrition and rest play as much or an even greater role in determining your overall muscle mass than your genetics ever will. Maybe you won't become one of the bodybuilding elite, but you can get bigger and stronger than you are now. 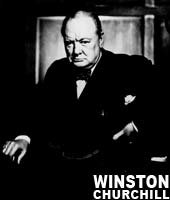 Fair enough being tall or long limbed will mean that any muscle you put on won't register as much as a shorter limbed individual, but the negative thoughts are holding you back much more than your genetics. Psychologists call this a self-fulfilling prophecy. If you believe you cannot lift a certain weight or are unable to build much muscle, then in all probability you won't. Having a little self-belief that you can add muscle will go along way to getting you there.

All of the above are tried and tested factors that can make or break your attempts to gain some mass. Attempt to be progressive, eat bucket loads especially around workouts and have a little self-belief. So what are you waiting for slim, go eat something!