Alex Savva wasn't born with freak genetics, but he trains, eats, and lives like a ripped freak year-round. Follow his full workout, nutrition, and supplement plan!

Alex Savva wasn't born ripped or gifted with freak genetics. He's not one of those guys who looks good regardless of activity or nutrition, or an athlete who dominates games without training. Instead, his excellence is the result of unfettered determination. His physique and performance are the products of consistent, focused effort in the gym and in the real world.

Alex didn't just prep for one day of shooting to produce the video and images used in this article. He maintains his lean physique year-round and aims to stay active as long as he lives. Heck, Alex is already planning activities to do with his son, Achilles, when he becomes a teenager—even though the little guy is still just a toddler!

Staying shredded, consistently increasing strength, and planning for the long haul are hard-fought but important traits in this industry of ups and downs. So, Alex may not be a genetic freak, but he is a fitness freak. Follow his full workout, nutrition, and supplement plan to stay fit 365 days a year!

In the late 80s, Marios Savva was trying to convince his son Alex to get into fitness. Marios told stories about his cousin who competed in bodybuilding and won the Mr. Cyprus title, and he introduced his teenage son to the transcendent films of Bruce Lee. Lee became a cultural icon, inspiring people with his "fighting without fighting" philosophy long after his death.

Marios encouraged Alex to take up and master martial arts to increase his fitness. "I was always interested in sports, in human performance, exercise, bodybuilding, and fitness, but the first thing I immersed myself in was martial arts," Savva says. "I was captivated by everything Bruce Lee—his unique fighting style, creativity, wisdom, influence, and his incredible level of physical fitness."

Alex was one of the smaller athletes in his martial arts class, so he decided to take up weight training to build up his physique. He says he needed more power, more strength, and more mass. At age 20, he began competitive bodybuilding.

"I shifted from doing martial arts six days per week straight into bodybuilding," Savva says. "I started training hard and started seeing changes in my physique right away. I was always very lean, so as soon as I started to add muscle, I started to see definition—that growth and shape as I sculpted my physique."

Savva won his first competition—the Junior Bodybuilding Championships—at 20 years old, then continued to compete in three other bodybuilding shows as a middleweight.

For Alex, bodybuilding and training for aesthetics was a great starting point, but he hungered for better performance, as well. "I don't want my body to just be good for pictures," Savva says. "I decided to include sport-specific exercises and do circuit-style training, back to back, no rest. I kept all my workouts concise, to half an hour. It makes my workouts more effective and efficient. I burn more calories with high-intensity intervals and minimal rest."

Savva was competing in bodybuilding, training hard, and using a lot of supplements to help maximize his results. Today, there are hundreds of brands with thousands of products, but it wasn't always easy to get the right products when Savva was an up-and-coming bodybuilder. "I was never truly satisfied with the supplements on the market," Savva says. "I found myself switching quite often, trying to find that perfect formula."

Don Gauvreau, a good friend of Alex's and one of the top formulators in the supplement industry, approached Alex in 2008 with an intriguing idea to create a new fat burner. "There wasn't a fat burner on the market we liked, that satisfied our needs or had the potency we were looking for," Savva says. "So we made one! We came up with a name, Ripped Freak, which we launched as the strongest fat burner we could develop. We put it out on the market, and that's how we started PharmaFreak."

Now Alex runs two supplement companies and his own training studio, CircuitFIT. PharmaFreak still kills it with Ripped Freak, but the line has expanded to include testosterone- and recovery-support products, among others. SD Pharmaceuticals specializes in single-ingredient products.

"Having a gym and two supplement brands to run really is a dream come true for me," Alex says. "I tell people to pursue their passion. If you pursue your passion, you're going to be not only successful, but fulfilled."

The Future of Fitness

Savva has trained more than 100 clients now, aged 8-80, but his biggest training challenge comes in the form of his young son, Achilles. Alex and his wife Mary are tasked with molding a young mind and inspiring him as Marios did for Alex. Achilles will be running soon, and Alex uses that notion as motivation to strive even more for continued fitness.

"I want to keep up with my son when he's 10 years old and he's kicking my ass," Savva says. "I didn't want to be that old dude who can't hang out and play with his son. I want to be the fittest, freakiest dad. I want him to think, 'My dad is a champ. I can do anything with my dad.'"

Despite his hectic schedule, Alex makes sure to spend time with his young family every day before he leaves for work. He says he'd hate to miss those pivotal moments in his son's life because he was working too many hours.

"I live and breathe fitness," Savva says. "If you want success, you have to think long term. I live by never settling, regardless of which obstacles come my way. I embrace that struggle. It's not that it's never good enough, but that there's always more we can achieve. I would hate to leave something out there that I could have accomplished.

Alex trains six days per week. Since he is intent on building a strong, aesthetic physique that can perform well in sports and other activities, he engages in multiple training styles simultaneously.

Alex mixes weightlifting sessions with heavy bag work, HIIT, and even a pick-up soccer game to test his actual ability against the theoretical. That's how he maintains his cut physique 365 days a year.

Alex also changes up his training program every 4-6 weeks. Most of his 30-minute routines are done circuit-style, with little to no rest between sets. If you want to train like Alex, try his complete Freakmode training plan!

The biggest downfall for anyone who isn't achieving their fitness goals, Alex says, is nutrition. For Alex, quality nutrition is eating whole foods he actually likes to eat. He won't force himself to eat foods that just help him get ripped or shed pounds.

He travels a lot and loves dinners with his wife and friends. "I don't buy that lie that when you're out at a restaurant, you can't find something healthy on the menu," Savva says. "You can find salmon and rice, roasted chicken with salad and vegetables, or a big-ass steak with sweet potatoes on the side.

"The real secret for me and the formula to my success is to keep it simple and maintain that consistency. This is my life. This is every week, day in and day out. I am training and eating the same way."

Alex never counts calories! He eats quality foods, controls portions, and pays special attention to how his body looks, feels, and performs based on the foods he eats. He simply makes small adjustments as he goes along. 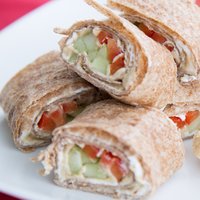 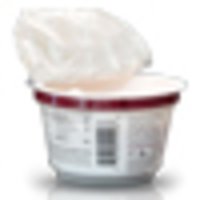 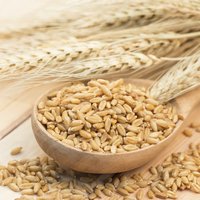 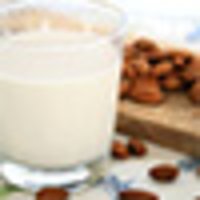 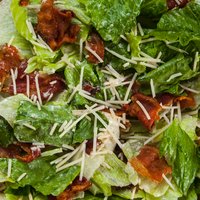 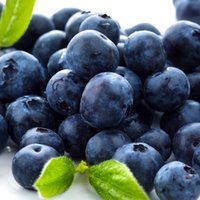 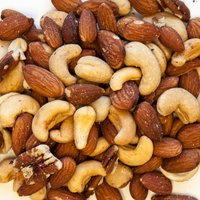 Supplements are an integral part of Alex's fitness program because they help him perform better, recover faster, and get more results out of his intense training sessions. Even as a supplement company owner—or perhaps because of it—Alex knows that supplementation is not a magic bullet.

"Supplements need to supplement something," he says, "so I always tell people to make sure they have a solid training and nutrition program before they add supplements to the mix."

Like his training, Alex cycles his supplements every 4-6 weeks.