All About Partner-Assisted Manual Resistance Training

According to the National Strength and Conditioning Association, strength training is defined as:

"A specialized method of conditioning that involves the progressive use of resistance to increase one's ability to exert or resist force."

I often hear from readers that they enjoy training with their spouse, but because their strength varies so greatly, it is often difficult to get a good workout in because most of the time is spent changing weights.

Maybe weights are not available. You want to get a quick workout in without leaving the house. You are a trainer who wants to train a number of clients at once. Or you just want to add a little twist to your workout.

This week is all about Partner-Assisted manual resistance training. Yes, the name implies that you do need a partner for the exercises I'll describe later in the piece.

Partner-Assisted manual resistance training is an alternative to the more conventional forms of resistance most individuals are accustomed to. Instead of the standard weights, the resistance here is provided by a training partner (although if one partner is much stronger than the other, it can also be used in addition to a weight).

Like anything else, there are pros and cons with this type of training.

With that said, here are some exercises to try next time you're looking for a little variety. Each complete repetition for the exercises described below should take approximately 6-10 seconds (3-5 seconds for the concentric and eccentric portion of the lifts).

Lifter can sit on a stability ball, bench, chair or whatever is available as long as there is room behind them for the partner to stand.

Lifter starts by putting arms in a military press position (upper arms parallel with the ground and arms bent 90 degrees at the elbow). Partner places hands on top of lifter's hands and partner provides enough resistance that allows the lifter to complete each concentric part of the repetition in approximately 3 seconds. 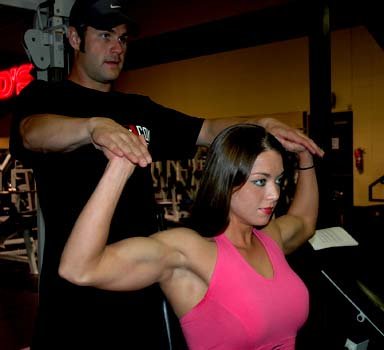 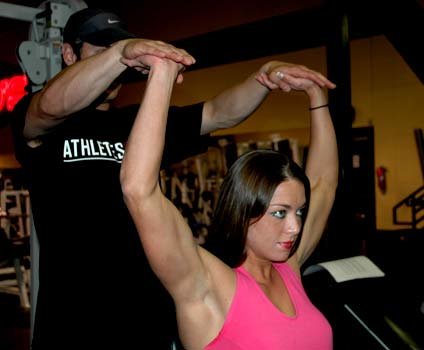 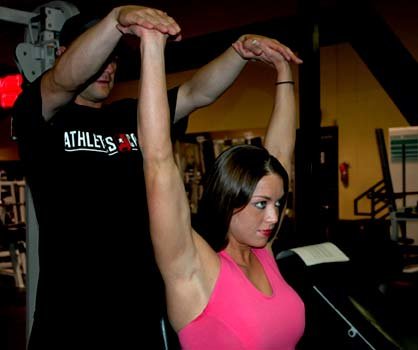 The lifter should then resist the partner on the eccentric (lowering) part of this movement; again, do this over a 3 second time period.

This exercise requires a towel (larger shower towels work best). Lifter and partner sit across from each other as if they were using the cable row machine at the gym (legs straight out in front of them, with soles of shoes touching).

The lifter should grab the towel with an underhand grip, while the partner grabs the towel at either end (hint, the closer the lifter's and partner's hands are placed on the towel, the harder the exercise will be to perform). 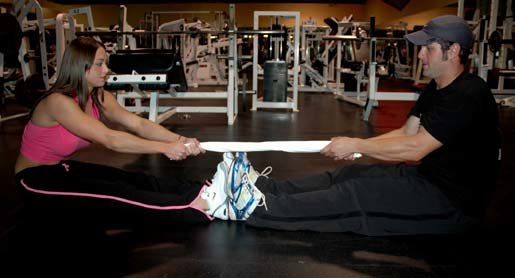 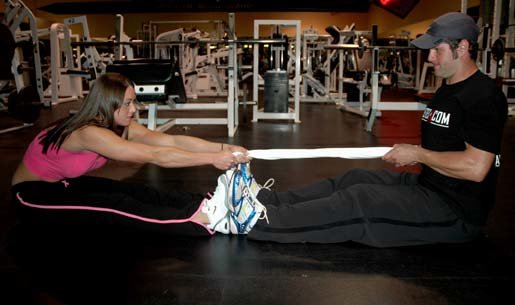 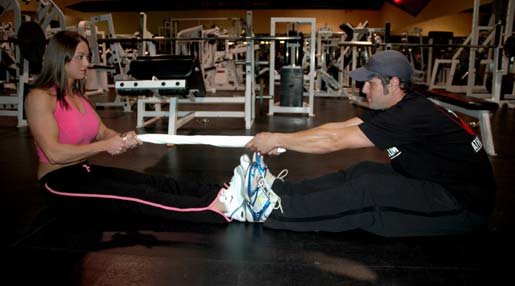 The lifter should then "row" the towel into their body, as if performing a seated cable row. Meanwhile, by resisting this rowing motion, the partner is also benefiting as they will be performing the eccentric part of the lift. Reverse the motion and both lifter and partner will benefit.

This movement also requires a towel. A shorter "face" towel would work best for this movement.

Partner and lifter stand facing each other about 12" apart. Lifter grabs center of towel with both hands, palms up. Partner grabs either end of the towel, also with palms up (hands are about 6-12" away from one another). 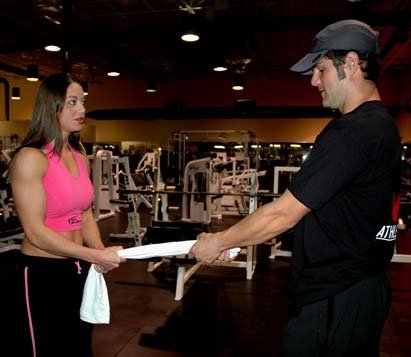 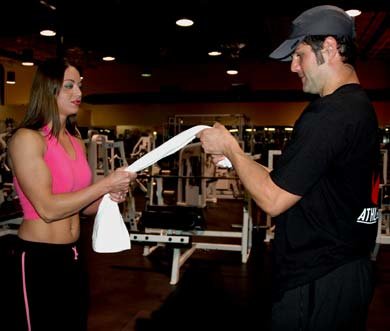 Lifter sits in a chair or on end of table so feet are not able to touch the ground. Partner grabs ankles (where the pad of a leg extension machine would be). 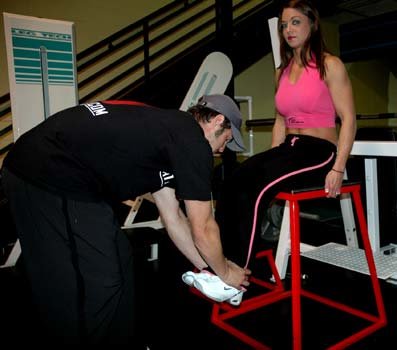 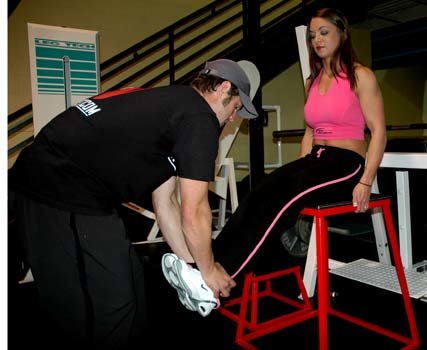 As lifter performs a leg extension, partner resists the lifting portion of the movement. The partner should then put resistance on the ankles as lifter lowers legs forcing lifter to resist during the lowering of the movement.

Lifter gets into pushup position. Partner places hands on upper back over the shoulders and puts resistance on lifter as they lower toward the ground (careful not to push them into the ground) and as they raise up to starting position. 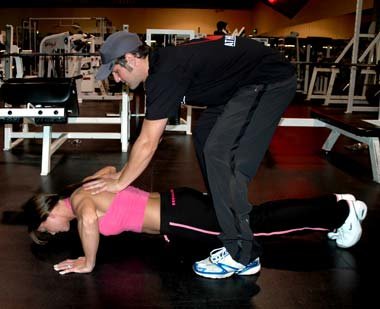 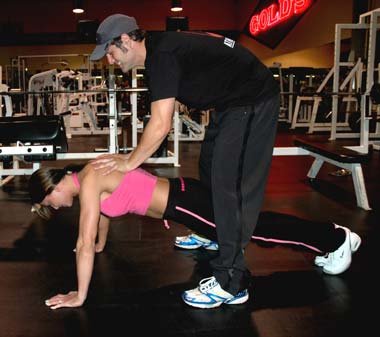 Note: If unable to perform full push-ups, this same exercise can be performed if completing a push-up with knees on the ground.

There are a variety of other exercises that can be performed in this manner in addition to those listed here. This should provide an idea of how some of these can be performed, add variety to a workout, and give you something to do while on vacation or in a pinch.

This is also a great way to introduce a child or adolescent to resistance training; you provide only enough resistance to teach them proper form while increasing their strength, while not overloading their growing bodies with too much force, which could negatively effect their form and potentially lead to an injury.