Use a little planning, a little ingenuity, and a little technology to your advantage, and you can maintain defined abs year-round—without losing your mind! Here's how.

Goals are a funny thing. Often, we'll invest countless hours thinking, fretting, planning, and working toward a big project like it's the most important thing we've ever done in our lives. Then, once we get it, well, we just let it go away. Check the box off the list, move on to the next thing. 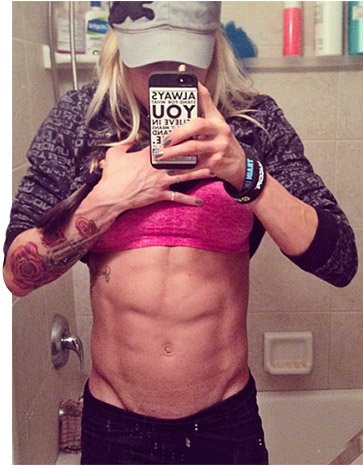 This is especially the case when it comes to visible abs. Many of us have dieted down—and down, and down—in a frantic attempt to get to the point where we can see those glorious bumps. Once we have it, we take a picture—and then take a few weeks off from what got us here in the first place. Maybe we'll do it again once a year or so, round about summertime. Then we'll backslide again.

Is it fun to do it this way? Not exactly. And that's why the Internet is packed with articles these days that seem to be trying to scare you away from your abs—explaining "what you should know" before trying to see them, asking if they're "worth it," or questioning if you're ready for "the cost" of a six-pack. Don't be scared away. If you want abs year-round, you can have abs year-round!

Pro fitness model and Neon athlete Ashley Hoffmann isn't here to judge your "why." She trusts you to handle that part, and she knows first-hand that it's possible to maintain a carved stomach 365 days a year. She just wants you to feel confident that you can hang on to the awesome physique you've worked so hard to build!

Here's how she does it.

Don't worry so much about your abs! This might be the exact opposite of what you expected to hear, but that may be exactly why you need to hear it.

There are two kinds of six-packs. The first is the kind you slave and deprive yourself to the point of misery to get. The second is the one that surprises you every once in a while when you look in the mirror and say, "Oh, hello abs!" 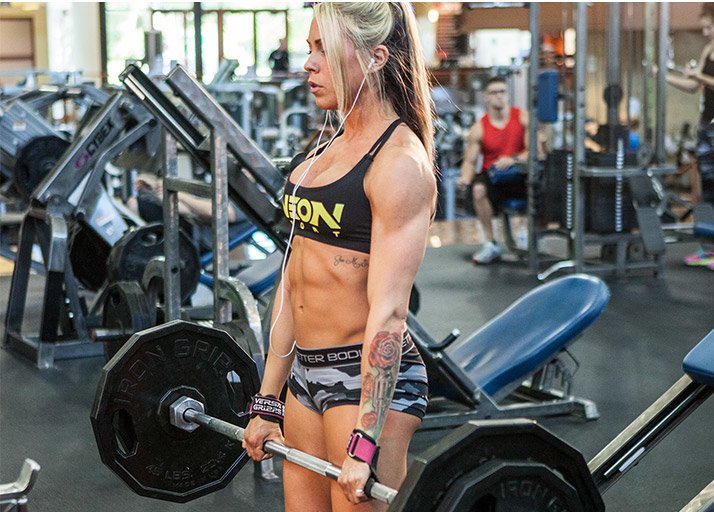 There are two kinds of six-packs. The first is the kind you slave and deprive yourself to the point of misery to get. The second is the one that surprises you every once in a while when you look in the mirror and say, "Oh, hello abs!"

The first feels harder to earn, and for that reason, it's also harder to keep. The second, on the other hand, is the reward of an overall training and nutrition program that's working— and will continue to work if you just keep doing what you're doing.

"Abs aren't a punishment. They're a reward!" Hoffmann says. "Simply getting strong, being athletic, and rocking it in the gym will get you a big part of the way there. The rest is details and small lifestyle choices. Fretting over your six-pack like it's a pot of water on the stove will just make you crazy!"

Abs can be fickle, so don't beat yourself up too much about how they look on any given day. Consider letting them ebb and flow with your training and nutrition. Lock those parts of your fitness life down, and know that eye-popping definition is never too far away!

Some people will try to convince you that maintaining visible abs means you'll be hungry all the time. The opposite is true. Hunger is your enemy—and snacks are your greatest ally!

Eating every 3-4 hours may not necessarily boost your metabolism, but it can help you keep hunger at bay and even maximize protein synthesis (how your body builds muscle) throughout the day.

"Keep a protein bar or a Ziploc baggie filled with a scoop of protein and some almonds in your car," Hoffman recommends. "If you get hungry and don't have access to something to eat apart from unhealthy snacks at a gas station, this will come in very handy."

Next time you're in the gas station, though, take a look around so you know exactly what your options are in an emergency hanger strike. The rise of popularity in gluten-free and paleo-style eating has meant that many companies now offer protein and fiber-rich nut bars along with their old sugar-packed granola bars. A nut bar, a couple of cheese sticks, and an apple? Now that's nothing to sneeze at!

All of us have days when cooking isn't an option. Reheating, on the other hand, almost always is. So when you've got a recipe that you know by heart, buy the ingredients in bulk, cook it in bulk, and maybe even freeze in bulk!

"Prep your meals on a day you have off and always cook in bulk," Hoffmann recommends. "It's easy to throw a few packages of chicken breasts, steaks, and vegetables on the grill, while at the same time getting rice cooking in a rice cooker or roasting sweet potatoes in the oven."

When you cook everything in bulk, it's easy to put into Tupperware so it's ready to go with you wherever you might be traveling to. It's worth your time and money to invest in good quality plastic or glass storage containers, and a lunch bag that will keep a spare meal cool.

Restaurants have long been considered the natural enemy of the defined midsection, but they don't have to be. Again, we can thank gluten-free, paleo, and low-carb eaters for this to some degree, but whatever the reason, more people than ever are asking for burgers without buns and salads instead of fries. And fewer servers than ever are thinking that such requests are weird or picky.

"Most restaurants will gladly cook your meals the way you want them if you ask," says Hoffmann. "It's as simple as asking for your chicken or steak to be grilled, and ordering steamed veggies or a salad on the side rather than fries or a potato smothered in butter."

Of course this doesn't always work. There are countless ethnic restaurants and other joints where grilled chicken and veggies won't even be on the menu. But you don't have to be taken by surprise when this happens! With very few exceptions, most restaurants' menus are posted online. So take a couple of extra minutes beforehand, read up on your options, and walk into any restaurant with confidence.

More airports than ever are offering healthy snack options in their food kiosks these days, but—here's the catch—these treats inevitably come at prices that are exorbitant even by airport standards. If the choice is a tiny bag of kale chips for $9 or an extra value meal for $3.99, who do you think is going to win? Nobody.

The real winners here are travelers who plan ahead. Unless your plane ride is two hours or less, bring a snack with you onboard. Don't trust whatever the plane happens to be serving—if they're serving anything! "Some great options are tuna packets, beef jerky, whey, rice cakes, and a packet of peanut butter," suggests Hoffmann. "No one will hassle you. Just make sure that your liquids are 3 ounces or less."

The real winners here are travelers who plan ahead. Unless your plane ride is two hours or less, bring a snack with you onboard.

Once you are on the plane, hydrate. "Whether you're in a car or on a plane, don't forget hydration," says Hoffmann. "Sometimes we think we're hungry, but really, we're just thirsty—and bored and frustrated with being cooped up in a small space. Having something to sip on helps big time!"

Another wonderful thing about the Internet age is that it makes it easy to connect with companies that offer very specific fitness-oriented services. For instance, many cities now have at least a few companies that offer prepared meals you can order without ever having to set food in a store. Bodybuilding.com even offers its own line of B-Elite Fuel meals that can be shipped wherever you are.

If you're traveling for days or weeks at a time, these options can eliminate plenty of small, annoying hassles, while also keeping you from breaking the bank at restaurants every day.

"Meal-prep businesses and healthy meals are surprisingly common once you start looking around," Hoffmann says. "You can go order as many meals as you want online and actually have them sent to wherever you'll be staying for your trip."

This is a great way to stay on track without having to think about it. Just check with your hotel first before doing this to ensure they'll be able to receive and hold the meals for you until you pick them up. Get a hotel room with a fridge and microwave so you can easily store and heat up the meals.

Remember: The harder it is to do, the less you'll want to do it. Look for ways to make eating healthy easy on your wallet and your mind, and you'll wonder why it took you so long!

Forget crash diets and insane ab workouts. Once you master these tiny, daily habits, you'll see a massive difference in the year-round shape of your stomach.