Your abs aren't one muscle. They're a complex network of powerful muscle groups that help you perform your best. Get to know the members of the team, and work them with the exercises that they like best!

If you're like most people I see, you have exercises for each head of your biceps and triceps, and you stare lovingly at your arms while squeezing out those last few concentration curls. Twenty-four hours later, you move from station to station with strategic precision, systematically dismantling your lower half on leg day. But when it comes to core training, you're about as precise as a Molotov cocktail. You drop to the floor, writhe around spastically until it hurts, and go home hoping it did … something. 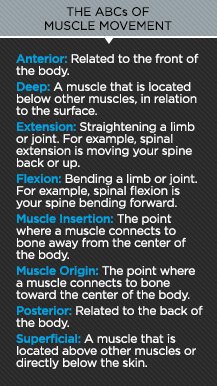 You can blame part of this unwillingness to modernize on the endless sit-up tests a lot of us had to do in our adolescence. Just the sound of a whistle is enough to make some people hit the ground and put their hands behinds their heads. Countless ab device advertisements using questionable anatomy also share some of the blame. But whatever the reason, we end up treating the muscles of our abdomen like they're a single thing, rather than a collection of diverse muscles working together. Perhaps the most common question I get asked as a trainer reflects this: "How do I get rid of my gut?" People ask it as if the abdomen is a houseguest who overstayed his welcome.

Enough with this one-track six-pack mind! It's time to get more strategic about your core training, and that begins with improving your understanding of core anatomy. I'm going to break down the zone between the hips and armpits like the Risk board it is so you can see through the hype and begin conquering some territory!

Got a favorite trunk exercise that keeps you strong to the core and looking the part? Make your case in the comments!

In terms of camera time, the rectus abdominis is the undisputed champion of the trunk. So it must be largest and most powerful core muscle, right? Not so fast! This myth is one reason why it's possible to have a weak, sore back even while having abs worthy of a cover shoot. But let's not get ahead of ourselves.

The rectus abdominis is a relatively large, flat muscle group located on the anterior portion of the abdominal wall. While it's the most visible abdominal muscle, it's technically not the most superficial (by which I mean closest to the skin). That title goes to the obliques, believe it or not. The rectus abdominis' point of origin is on the pubic crest (hip) bone with cartilage insertion on the fifth through seventh ribs. In terms of movement, the primary functions of the rectus abdominis are to flex the spine forward, to the sides, and to counterbalance spinal extension.

Three lines of tendons known as tendinous inscriptions and a white line of connective tissue called the linea alba (literally, "white line") separate the rectus into distinct sections, creating its six-pack or washboard appearance. But as anyone who has ever achieved a six-pack can tell you, developing these individual muscles is only part of the process of revealing your glorious rectus to the rest of us. Lowering your level of body fat is the other.

Does that mean all rectus abdominis exercises are worthless? Definitely not. But crunches may not be the best of them. Here are three that help give you a stronger abdomen overall, while also giving you something to show off. 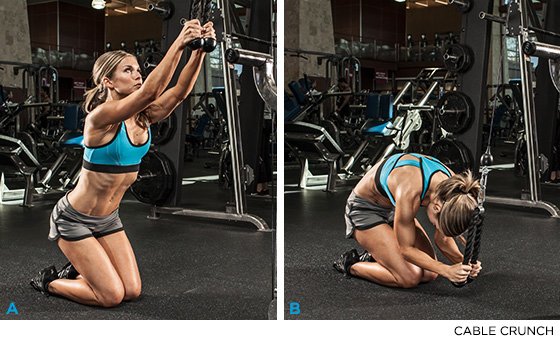 Working together, the obliques are the masters of trunk rotation (rotate by turning your upper body to the left) but they also factor into spinal flexion, lateral bending, and compressing the abdomen. You'll see a lot of people doing side-bends to try to isolate the obliques, but this is a pretty difficult muscle to isolate effectively.

Instead, movements that work both the obliques and the rectus abdominus, with both bending and twisting elements, are solid ways to target this muscle group and build those sexy side-lines. 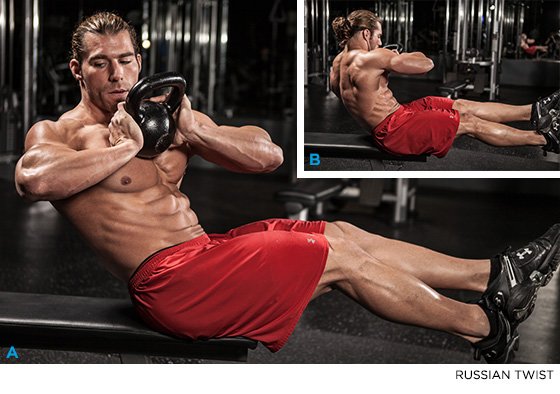 Now we're getting deep into the abdominals. The transversus abdominis, also known as the transverse abdominis, isn't a muscle that is visibly defined, so plenty of people don't know it even exists. However, it's been getting more positive attention in recent years, which is a good thing. Not only can including it in your training provide great benefits in overall health and strength, it may also be the abdominal muscle you'd notice most quickly if it was missing. After all, it helps you breathe!

More specifically, contracting the transversus abdominus reduces the diameter of the abdomen. You use it most when you're "belly breathing," sucking in your gut, or forcefully expelling air while making a strong movement like a punch or kick. When you laugh so hard that you're sore the following day, this is what's tender.

The transverse abdominis has multiple points of origin along your hip bones, lower back, and ribs, from which it wraps around you more or less horizontally—hence the name "transversus." Its insertion points are all along the front of your abdomen, from the bottom of your sternum along the linea alba down to the pubic bone.

Functionally, aside from compressing the abdominal cavity, the transversus works to stabilize the spine. Appropriately, some of the best movements to train this muscle require you to stay stable and balanced in awkward positions or with little ground support. It all begins with the plank, but don't feel like you have to stop there! 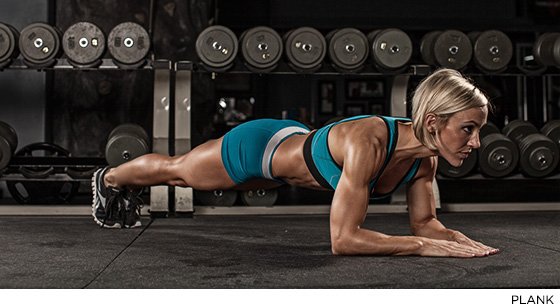 Many people's approach to back muscles can be summarized as "out of sight, out of mind." If they bother with back-side-of-the-body training, it's primarily focused on muscle groups that still have a direct impact on their overall appearance, like the lats or traps. But when it comes to the complicated muscle group known as the spinal erectors or erector spinae (pronounced speen-ayee), do this at your own risk. These muscles have a tendency to painfully remind you if they're not up to the demands you place on them. 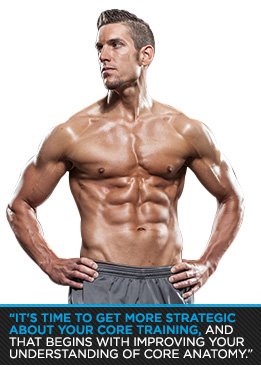 The erector spinae is the largest and most complicated of your deep back muscles, originating at various points on the hips, pelvis, and lower vertebrae. From these launching pads, the group runs up from T12 to T1. That's your entire spine, from your tail bone all the way up your spine to the bottom of your neck, attaching to ribs and vertebrae along the way.

It actually separates into three subdivisions, the iliocostalis, spinalis, and longissimus, but don't bother trying to find them on your bathroom mirror. For the most part, the erector spinae do their work below more superficial back muscles.

This team of muscles has a primary function of extending (bending up or back) the spine, as well as tilting or bending side-to-side. Your spine, as you may have discovered the hard way, is one of the most delicate structures on your skeletal frame, but the truth is that it can withstand a lot of pressure as long as that pressure isn't focused on one small point.

This is why proper form and posture is essential to avoid potential injury. Performing squats, deadlifts, and prone (face-down on the ground) extensions exercises will help condition your back for a lifetime of lifting.

Another hidden star that's got your back is the multifidi, which is plural for multifidus. On the superficial-to-deep scale, it's deeper than deep, below not only the spinal erectors, but also the transversus abdominus and external and internal obliques. It shares some common locations of origin as the erector spinae, and likewise runs up the entirety of the spine.

The multifidi play as a major role in spinal stability, keeping you from toppling over while in extension, rotation, and side-bending. For this reason, like the transversus abdominus, the multifidi are often trained using stability exercises such as bird dogs. 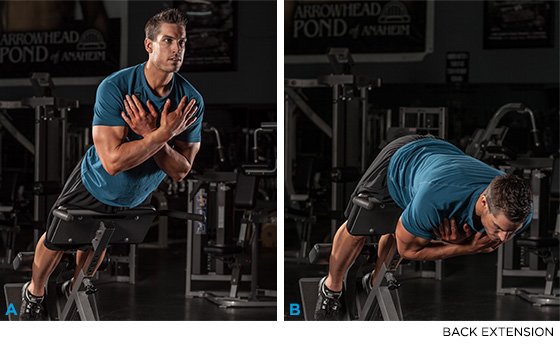 Now that you know your abs, you can grow your abs. Don't get stuck mindlessly crunching toward a distant six-pack. Incorporate the above exercises into a killer abdominal routine for well-rounded, maximum midsection development.

Heather Prescott is an ACE-certified personal trainer. She runs her own training business, has competed on stage, and much more!