You ain't ever seen the MASSter of Growth like this. We command you to get his full training, nutrition and supplementation plan!

In the lifting world, few who seek the Holy Gains haven't heard the name CT Fletcher, aka the "Superman of Compton." If you haven't, you will soon hear the booming thunder from beautiful Southern California, commanding your muscles to grow!

In 2013, CT Fletcher stormed onto YouTube as part drill sergeant, part preacher, and his no-bullshit approach to training and motivation caught fire. His videos showed brave souls receiving sinister exercise prescriptions that pushed them to the edge of quitting, while an overbearing CT barked madly at them with colorful sayings like, "Fuck average!" and "It's still your motherfuckin' set!"

Now with more than 140 videos to his name, this BAMF (that's badass motherf—you get the idea) spurs nearly a million subscribers to "stop being a punk-ass" and put in the work.

Although his on-camera personality portrays him as one stone cold hard-ass, I would describe his in-person demeanor as a gentleman of gentlemen (a strong and burly one, at that). When you first meet him, you realize that his massive arms are no camera illusion. He didn't acquire them by accident. More than anything, CT was captivated at a young age by the potential admiration one could garner with bigger-than-normal arms. He adds, "Walking down Compton Boulevard and hearing someone say, 'Damn, look at those motherfucker's arms—that's what did it."

CT knew he was strong, since strength had always coursed through his family bloodline, so eventually he turned to powerlifting to chase a shot at Mr. America, the Mr. Olympia-level glory of yesteryears. His powerlifting career proved to be shorter than he'd hoped, however.

After he underwent open-heart surgery in 2005, his training philosophy switched from lifting heavy-ass weights to his more popular and current style of menacingly high-volume, high-repetition training.

Perhaps more diabolical than the workouts themselves is the mind of the man who comes up with them. CT's upbringing taught him early on that having an iron will and mind helped breed the laser-focused discipline and dedication necessary to push through any physical or mental adversity. His father, being both a soldier and a preacher, instilled in him a sense of taking action simply because "I fucking said so" (which unsurprisingly is also CT's go-to reason). There's no why or any room for questions or doubt—just action. "I think that's where my style came from," says CT.

You can see his father's no-sugar-coating influence on CT when he trains himself or teaches others. Whereas some folks bust out textbooks, Excel sheets, and formulas to get the most out of their training, CT relies purely on instinct honed over 35 years, simply saying to do it "until you can't do any fucking more." Traditional sets-and-reps schemes don't apply to his workouts; in fact, he encourages you to just take that system and throw it out the window. 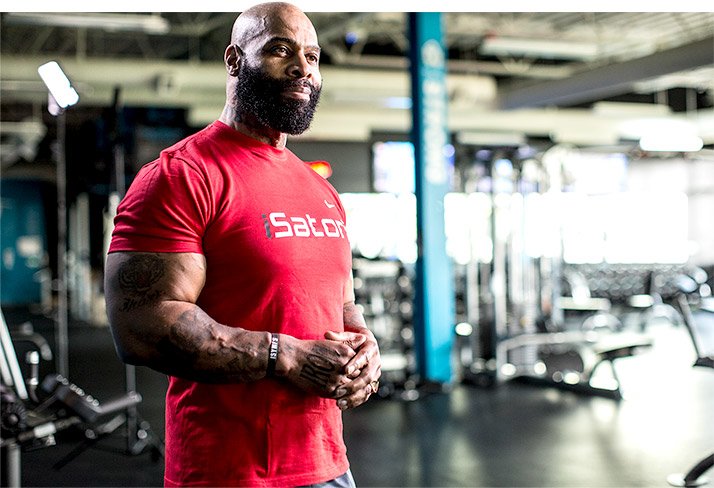 Whereas some folks bust out textbooks, Excel sheets, and formulas to get the most out of their training, CT relies purely on instinct honed over 35 years.

Some might call his style a bit extreme or masochistic, but CT calls it the no-choice method of training. "I give you no choice, no options, no plan B 'cause I fucking said so," he says.

"When you're in the gym, you should be drained," he explains. "You should have a hard time making it to your car." He achieves this level of fatigue by employing a method called OMW, or one-movement workout. For example, if he squats, he will squat for the entirety of his leg workout. Other times, he'll just do whatever the hell he feels like, pulling whatever happens to surface from the vast training library in his brain.

"Whenever someone asks me what I think about a training method, I always tell them, 'Try it for yourself. Never dismiss it without trying it first, no matter how stupid it may seem to you or other so-called experts,'" CT remarks. "Worst thing you can do is discover it's absolute bullshit; or best case, you add a valuable technique to your ever-growing bank of training knowledge."

At 56 years old, this veteran lifter has no plans to compete, but still has the entrepreneurial vision and spunk of a younger man. "While others my age just accept the slow deterioration of their flesh, muscles, and internal organs, I'm gonna fight! Iron Addicts (his tribe) say, 'Fuck average!'" Having opened his own gym—aptly named Iron Addicts Gym—and working directly with iSatori to develop a signature series of supplements, CT continues to set himself apart as the "voice of truth" and encourages his Iron Addicts everywhere to never accept limitations. "Limitations are only what you make of them," he says. 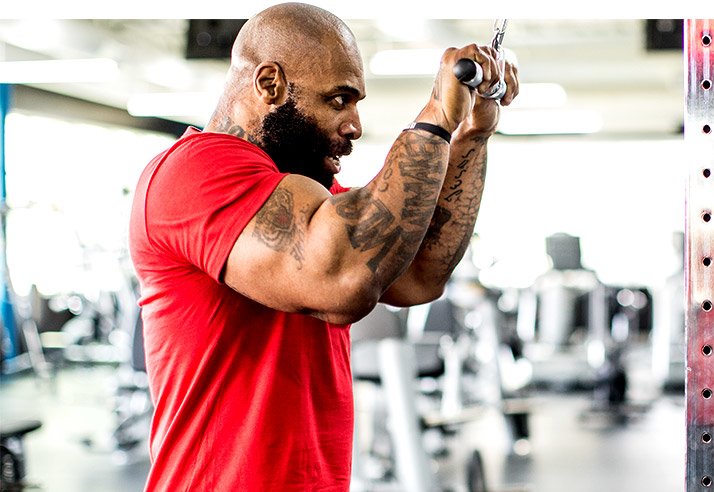 "The human body is capable of amazing things," says CT. "Don't put no limitations on yourself; just push your damn self, and see what happens."

"The human body is capable of amazing things," says CT. "Don't put no limitations on yourself; just push your damn self, and see what happens."

Despite all that he's accomplished so far, CT feels he still has a lot work to be done yet. "I want to leave my mark upon this world before I say goodbye to it," CT says.

CT scoffs at the idea of maintaining a rigid training program, even going so far as saying, "You can't pin CT Fletcher into a sets-and-reps box. I don't fit; to print anything else would be a lie."

True to his ISYMS training philosophy, he does whatever the hell he feels like for that muscle group. He draws from decades of being under the bar (or curling it, in many cases), and the ideas come easily to him like spiritual visions. If you're brave enough to try his training style, simply choose a big movement like a squat, and do as many as you can. Then do 10 more. You can also check out his YouTube channel for motivation and ideas.

Try it for yourself, and see why he sends many a manly man crying to his mama afterward.

Fletcher's diet philosophy is just as no-frills as his training. "I'm eating for the results," he says.

To the people who harp on diet foods because they don't taste good, CT has only this to say: "You ain't eating this shit for it to taste good. You're eating because you want the results that it's going to give on the way you look. That is the main purpose of dieting."

For his own diet, CT aims to get a breakdown of 50 percent protein, 40 percent carbohydrates, and 10 percent fat. He doesn't really measure exact quantities—just enough to get what he needs. On some meals, he eats all carbohydrates or allprotein, because why the hell not?

CT Fletcher does more than just command his muscles to grow; he gives them the supps they need to get the job done.