Female Transformation Of The Week - Julia!

After being diagnosed with anorexia and almost losing her life to the disease, she found hope in the fact that she was given a second chance at life. Read on to learn how she became determined to beat her condition and put on 40 pounds right here!

I was admitted to the hospital on February 22, 2006. That was the loneliest night, let alone the loneliest three months ever. My body was in shock, my mind a fog. My doctor was astounded I had simply survived this long. I had a near-death experience, after finally falling asleep.

My eyes failed to open, my lungs wouldn't breath. All I could see was a white light. I regretted every move at that point, and finally, awoke to watch my heart monitor climbing up from a pulse of 5. At that moment, I promised I would take this second chance, and run with it as far as I could go. 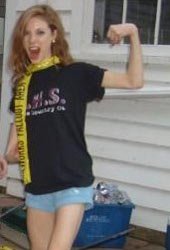 Click Image To Enlarge.
I Promised That I Would Take This Second Chance,
And Run With It As Far As I Could Go.

After gaining 30 pounds (I've gradually gained weight since then, seeing as that happens with aging), back to my lifelong weight percentile, I was finally granted the privilege of exercising again. Prior to being diagnosed with Anorexia Nervosa, I was an avid athlete - an Irish Dancer and distance runner.

Dance and running were the loves of my life. I had finally fought off enough of my demons to love again. It was a long process, a challenging one at that, but I told myself I had every bit of potential to become the best athlete possible, because I was meant to live.

I began rebuilding my fitness, and slowly but surely, working my way back up to an athlete, and then going further than I had ever gone before. 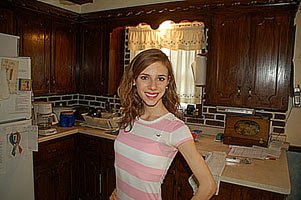 Click Image To Enlarge.
I Told Myself That I Had Every Bit
Of Potential To Become The Best Athlete Possible.

I was in the hospital for three months, so I simply had to adjust to walking again! First, I would do a set of stairs, and even though it was physically taxing, felt very prideful. Then, I'd walk a mile. This was all throughout the process of regaining body weight. When I was allowed to literally "exercise" again, I started out slow.

First, I would jump rope 15 minutes per day. This, believe it or not, was difficult at the time. But I felt that rush again, I felt that feeling again. And that feeling kept me going. My endurance improved, as well as my hope. 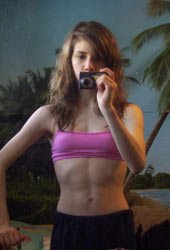 Click Image To Enlarge.
My Endurance Improved,
As Well As My Hope.

After a few weeks of jump roping, I began jogging, which progressed to running. I felt amazing with every stride, my running became something I looked forward to again every day, which was wonderful (formerly, running had become compulsive). I watched my body transform, as muscle began to grow again.

Finally I went back to dance class. I was breathless after my first step, but knew that things would only get better as long as I didn't give up. I kept on training hard, and fighting harder, for what I really desired in life. 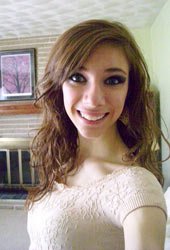 Click Image To Enlarge.
I Kept On Training Hard, And Fighting
Harder, For What I Really Desired In Life.

Within approximately four months, I had not only regained my strength, but surpassed my previous level of fitness. I was living the life I always desired, and accomplishing goals I had never before thought possible.

I really wouldn't consider myself a "bodybuilder," but rather a "fitness enthusiast with the body of a dancer and a runner." I do partake in some strength training though. 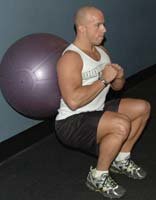 Friday is designated as my "off day." I consume my typical diet, but allow my body a day of complete rest, with the exception of a few stretches to keep my flexibility. Since I've began taking an "off day," I've really noticed my energy flourish.

Fitness is not only good for the body, but for the mind as well. I've really gotten to know myself through getting back into shape, and found a new determination within.

Don't let your current position in life get you down - if you're committed, you can achieve anything. It doesn't matter if you're a natural, it doesn't matter what others say. I was never supposed to be able to dance or run again, but I wanted it, and I worked for it - now I have it and so much more. 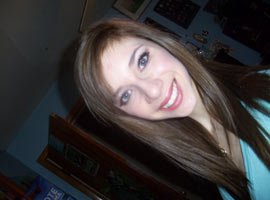 Click Image To Enlarge.
Don't Let Your Current Position
In Life Get You Down.

You can push your body past the pain, past the negativity, and into a new world of possibilities. You just have to remain dedicated and focused, and never forget the rewarding feeling that your exercise gives you.

For those of you recovering from an eating disorder, regain your physical health first by achieving a healthy body weight, then begin training to regain your fitness level. It's integral that you have a healthy "base" to work with. Your body is a catalyst toward so many wonderful things, just treat it right.

The only person who can stop you is yourself, so leave your doubt behind, and set out to achieve a better life. Persistence is everything, so don't give up!