Let's take a look at what powerlifting can do for your speed and strength training. Learn the facts from Dr. Squat!

Over the past few years, however, the intrepid Sleuths of Academia have been getting their act together. Many of the beliefs we have long held have, 1-by-1, been "supported" by the scientists' research. What we knew from years of practical insight and experience, researchers slowly came to the same conclusions through painstaking, controlled clinical observations and statistical analyses.

There is one observation that we've known about a long time that scientists are finally beginning to realize. And it does my heart a world of good to see it happening. For, in one fell swoop, scientists laid waste to the surreptitious claims of Nautilus freaks and dinosaur coaches alike. Remember the Nautilus line: slow movements for one set to failure? And, remember the coaches' sentiment regarding long distance running for their strength athletes: "It'll get you through four quarters of play" and "it'll make a man outta ya"?

While disproved, too many of these old beliefs nonetheless persist. What disturbs me most is the current practice of power athletes who spend hours on the cycle ergometer or jogging in order to reduce bodyfat.

So you don't lose interest in what I have to say here - and it is important - let me give you the bottom line first. Explosive movements with the weights are the only way to develop great explosive strength. Not only that, but engaging in slow, endurance type movements will prevent you from reaching your maximum potential in limit strength, explosive strength and starting strength.

There, I've said it in clear, concise language so there will be no misunderstandings. Now let's backtrack and have a look at some important definitions as well as the research supporting these stunning contentions of mine.

Some of the far-reaching implications from a practical perspective will also be forwarded. These observations may impact your career as a powerlifter more than any single piece of advice you've ever come across. Most certainly, it's the most important advice I can give to you.

You may have heard this kind of strength referred to as "power" (p = fd/t).

There Are Two Components Of Speed-Strength:

"Speed-strength" is how well you apply force with speed. It's importance in powerlifting cannot be overemphasized, as this kind of movement is what it takes to stimulate your fast-twitch muscle fibers to respond. Slow movements just won't do it, and (as you'll see later) actually make you weaker.

Starting strength means your ability to instantaneously "turn on" as many muscle fibers (muscle cells) as possible. Firing a 100 mph fastball requires tremendous starting strength. So does each football in a 100 meter sprint, or throwing a quick knockout punch in boxing. 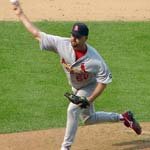 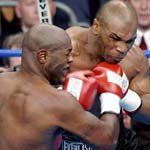 Both a pitchers fastball and a knockout punch are examples of starting strength.

For powerlifters, it's critical in breaking the inertia of the ponderous weight being hoisted before ATP is depleted (well within two seconds during all-out muscle contraction).

Once your muscle fibers are turned on, your ability to LEAVE them turned on for a measurable period is referred to as "explosiveness." A football lineman pushing his opponent, or a shot putter "putting" the shot as far as possible are examples of explosive strength in action. Olympic-style weightlifting (snatch and clean & jerk) is perhaps the best example of maximum explosive strength in action. 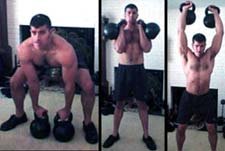 The clean and jerk is a great example of explosive strength.

The ultimate form in which explosive strength is displayed is called "acceleration." This is the type of explosiveness that'll ensure successful passage through the sticking point of each of the three powerlifts.

It'll also ensure that the lift is completed BEFORE too many of your muscle cells become so fatigued that you can't complete it.

What The Research Shows

I do not want you to wade through volumes of research findings, irrelevant data or obscure esoterica to get to the truth of the matter regarding the significance of my above-stated observations.

There you have it, fellow iron freaks. Now, I don't want to belabor this issue, but this is what we've been saying for some time now. But the scientists sure do have a nice way of saying it, don't they? Now I'd like to say it for the average athlete and fitness enthusiast.

If all you've been doing is slow, continuous tension movements - and from my observations, too many of you do it - you should take careful heed of the research. Remember, it's the white fibers - the ones that contract fast - that will give you the greatest returns in speed-strength as well as in limit strength. So, never neglect these important fast movements.

But, perhaps as importantly, remember that all the endless hours of ergometric cycling, running the beaches or stadium steps, and other similar endurance-type activities will ultimately rob you of your ability to achieve your maximum powerlifting objectives. During certain stages of your off-season training cycle such activities may be sparingly included, but never endless hours of them.

Clearly, the answer to the next logical question, what does an explosive athlete do to lose fat, is NOT - repeat - NOT endurance training.

Your percent bodyfat should be within two percentage points of your competition level at all times. That means that your nutritional status - and your supplementation schedule - must be a constantly monitored aspect of your training. That includes your off-season protocol. For, it's then that laziness, easy training and poor dietary habits most often strike.

Both anaerobic and aerobic strength can be improved to levels far beyond the norm by combining training elements from both objectives. In fact, you can improve your endurance to maximum levels while weight training (it's not possible, as we've seen, to reach your potential in strength while endurance training concurrently).

For athletes like weight throwers, Olympic lifter and short distance sprinters though, a normal oxygen uptake ability (45 - 55 ml/02 per kg of bodyweight per minute) is sufficient. Additional aerobic work is sure to be counterproductive to your training objectives.

For complete information on all Dr. Squat's e-booklets, products, programs and more valuable information available to help you get stronger, faster, and healthier, lose fat or train for your sport, visit http://www.drsquat.com.