Down Under The Bar: The Road To The CAPO Powerlifting Nationals

Meet five of the world's top powerlifters and watch their inspiring stories as they prepare for the competition of a lifetime!

Powerlifting, like baseball and various racing sports, often seems to be more about numbers than people. Competitor X pulled or pushed X pounds at X bodyweight, or totaled X to break the previous record X. Great—but who is this human hoist moving all those pounds?

Universal Nutrition recently used the 2013 CAPO Powerlifting Nationals in Hobart, Tasmania, as the opportunity to shine a personal light on five of the world's elite strength competitors, in a unique online documentary series titled "Journey to CAPO."

The athletes run the gamut in size, from 300-pound Brandon Lilly to Richard Hawthorne at less than half that weight. They come from equally diverse backgrounds and professions. What they all shared was the potential to leave Australia as the strongest pound-for-pound lifter in the world on that day.

Barring such a singular achievement, they all were threats to add a new world record to their resumes, because powerlifting, unlike baseball, is a sport where no stat is sacred. New lifters set incredible new standards of strength on a regular basis, and in Hobart, every member of the team had a benchmark in his sights.

Got a half-hour? Watch this dramatic video of the meet. If you have a few more minutes to spare, watch the short video features on the athletes as well. Either way, you're likely to end up with a new appreciation for what happens both on the platform and on the road leading to it.

Eric Lilliebridge: The Bonds That Hold

It would be easy to call Eric Lilliebridge a powerlifting prodigy, but the label doesn't quite do justice to the depth of experience he has accumulated in just 23 years. Eric, his father Ernie, Sr., and his brother Ernie, Jr., all accomplished pro powerlifters and Animal athletes, constitute three stout branches on what must be the world's strongest family tree.

Young Eric asked his father to coach him beginning at age 13, and by 18, the baby of the family could deadlift 800 pounds and had systematically climbed to the upper echelon of the sport. His accomplishments have only grown since then. He has set multiple world records including a 903-pound raw squat in a competition last November. On his very next lift, he increased his own record by an additional 22 pounds. 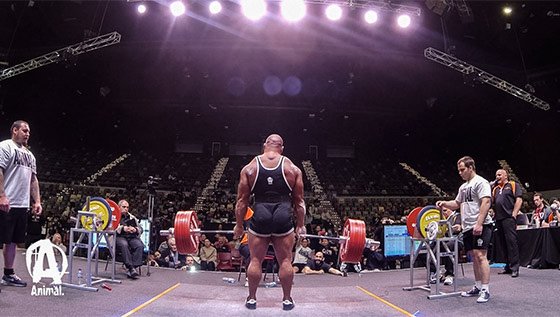 Eric Lilliebridge is the toast of the 275 weight class at age 23, with multiple squat records already to his name.

In his chapter of "Journey to CAPO, "The Bonds that Hold," Eric and his filial gym partners open the door into what it's like to lift and train as a family. They also visit the hard Chicago neighborhood where Eric and his brother grew up—and where spotting one another was a question of life and death.

Garrett Griffin: The Weight of Expectations

Garrett "Gunz" Griffin was strong long before he was a strength competitor. One fateful day, he had casually bench-pressed almost two and a half times his bodyweight in a gym in his hometown in Louisiana, when a bystander mentioned a local bench press contest with a $1,000 prize.

"I really didn't put too much into it. I just showed up at the competition," Griffin recalls. "There were like 17 powerlifters there with their big gym bags and all their equipment. I just walked in: Me, myself, and nothin'." He left with the money after pressing 440 pounds at a bodyweight of 188 pounds.

That was in 2010, and in the ensuing years, the powerlifting newcomer has quickly established himself as one of the world's top raw benchers, getting comfortable in the rarified air of 500-pound benches. In "The Weight of Expecations." Griffin tours the bayou where he and his family have persevered and gotten stronger in the years following Hurricane Katrina. 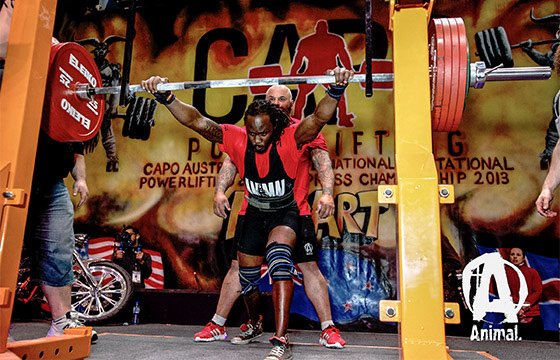 5-foot-4 Richard Hawthorne played defensive back in college. "They couldn't see me, but you best believe they felt me," he says of his opponents.

If you've ever seen Richard Hawthorne lift you probably remember it, even if you didn't know his name at the time. It's not often that you see a 5-foot-4, 130-pound man lift nearly five times his bodyweight off of the ground.

Hawthorne has made enough of a habit of doing this, both in competition and in exhibitions like the Animal Cage at the Arnold Classic, that he has earned the nickname "The Ant." Pound-for-pound, he's as strong as they come, which Hawthorne attributes to his dedication to building three specific types of strength: abdominal strength, strong technique, and mental resolve.

"Just because you're made a certain way don't mean you have any kind of limits. You can do anything you want. It's a mental thing," Hawthorne says in his feature, "No Limits." "When I lift, people see the intensity. I don't say much, I don't yell, or do all that much, but they can see it."

Sam Byrd is a classic "powerbuilder," the type who makes unthinkable poundage look puny while maintaining a level of conditioning that could earn him a bodybuilding trophy any day of the week. But the longtime competitor is best known as one of the all-time greats in the squat. He holds records in both raw and equipped lifting, and admits that CAPO presented a special opportunity to add to his legend. "Of course I have numbers in my head," he says, "but I want to do my speaking on the platform."

Fortunately, Byrd is more willing in his feature to speak openly about his goals in life, as well as his ambitious and tireless approach to goal-setting iteslf. In "Unattainable," he explains how he has progressed from one seemingly unreachable goal to another, and how his role as a world-class powerlifter and ambassador of the sport intersects with his work as a practicing attorney. 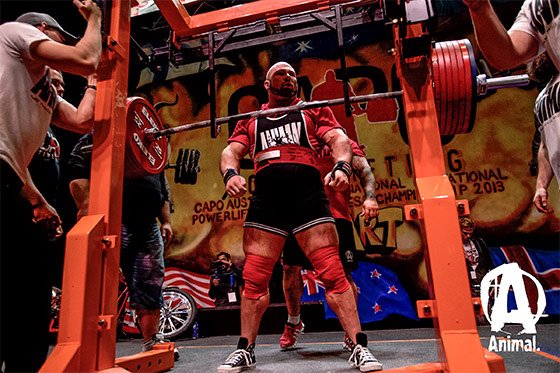 Can your attorney squat 900 pounds? Sam Byrd can.

Brandon Lilly: From Nothing

"I hated the weight room," Brandon Lilly admits. And with good reason: His initial experiences in his middle school gym class were utterly humiliating, leaving him flat on his back with his peers watching all around. But he came back, and kept coming back, until he eventually built a kinship with the iron that allowed Lilly to thrive as a powerlifter and strongman. He also helped bring a number of other strong lifters to new competitive heights along with him as the creator of the Cube Method of powerlifting training.

In "From Nothing," the burly, bearded Kentucky native gives his frank appraisal of the challenge of finding motivation over a long career, and how he balances thankfulness and intensity in the heat of competition. At CAPO, he would have his best opportunity yet to see how his philosophy prepared him to face global-caliber competition.