Death Of The Treadmill

A treadmill workout can be ineffective, inefficient, and mind-numbingly boringâ??which is why people around the world are ditching it in favor of more exciting and potentially effective activities.

You desire variety in life. You crave variety in what you eat, how you work out, and what you do in the bedroom. Variety is the key to keeping you interested and enthused. It gets you better results sooner. It's not surprising, then, that the treadmill has become one of the most vilified pieces of gym equipment—reasonable gym-goers are ditching the human hamster wheel in favor of more-engaging forms of cardiovascular exercise.

The treadmill is ineffective. Running 100 meters on a mill uses 36 percent less oxygen than cantering at the same speed on nature's treadmill—terra firma—according to a study in "Medicine and Science and Sports and Exercise." The effort is far easier on a treadmill compared against good old-fashioned grass.

We've all seen that guy or girl in the gym slogging it out on the treadmill day-in, day-out and making absolutely no progress—it's all too easy to go light on yourself on the gym staple. Run on rough terrain and your muscles are pushed in new ways with every step. The same just isn't true of the treadmill.

But perhaps you don't have rough terrain nearby to utilize for your workout. Is the treadmill not a good option then? Not necessarily. 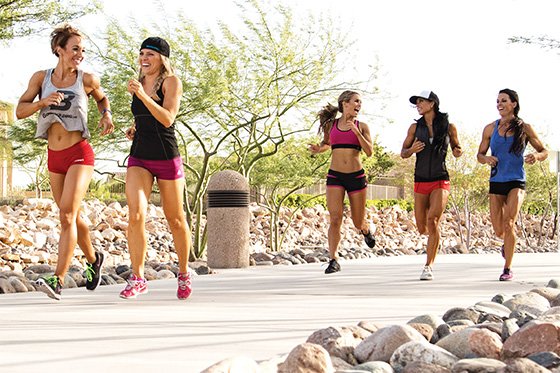 Running 100 meters on a treadmill uses 36% less oxygen than a run outdoors.

"We have seen a tremendous increase in clients looking to get away from the traditional cardio machines that have failed to deliver real results to them over the years," says Sarah Ponn, creator and training director of SURFSET Fitness. "Treadmill workouts are certainly OK, but they lack the efficiency and effectiveness of more integrated circuit-style sessions."

Of course, boredom is the main reason people turn away from the treadmill. Spending hours each week pounding away on that strip—even with a TV to watch—can make you feel like a hamster trapped in a wheel.

The first exercise treadmill was actually patented in the United States more than 100 years ago, on June 7, 1913.

Gym owners pick up on this and must come up with all kinds of new and creative ways to deliver cardio workouts. They now offer anything and everything from military-style boot camp classes and dance workouts, to parkour—or free running.

"Jumping, climbing, swinging, and rolling are activities that almost everyone has done as a child and it was simply called 'playing,'" says Michael Conley, gym manager at Tempest Freerunning Academy in Los Angeles. "These elementary movements have been standardized and expanded upon, thus creating the physical arts known as 'parkour' and 'free running.' People come to our facility because it's different and actually looks fun." 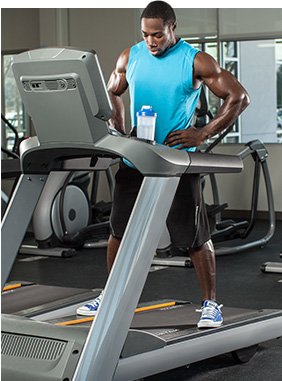 "We have treadmills at our gym, but they are used for people to warm up for their training."

It's not only new types of cardio workouts that appeal to people seeking treadmill alternatives. Martial arts and martial-arts-based activities, for example, have grown in popularity, too. "We find that more and more people are coming to us as a change from 'normal' gyms saying that they are 'bored,'" says Stuart Grant, of Westside Martial Arts in Melbourne, Australia. "We have treadmills at our gym, but they are used for people to warm up for their training or for the purpose of cutting weight for competition."

As Grant points out, there are clear advantages to getting your workout via martial arts training as opposed to slogging it out at the gym.

He says: "Martial arts training is a more exciting alternative to 'normal' gyms—there's a sense of achievement through learning and competition as well as improving fitness levels."

But not everyone looks for excitement. In today's fast-paced world, trainees may just want to squeeze more out of every second of their workout sessions. The desire to achieve more in a shorter timeframe is also why more and more gym goers turn to boxing.

There was a time when boxing gyms were seen as the poor man's choice, but not any longer. Boxing gyms now range from the traditional to expensive designer-style gyms catering to men and women. There's good reason for the sport's popularity—the system of constant movement—with short rests between rounds—makes a great calorie-burning session. The movements required focus on core muscles: abs, hips, thighs, back, and butt. And, unlike working out on a treadmill, a boxing session is a social activity—whether you spar with a partner or not.

By far the most effective alternative to treadmill work is circuit training. "The popularity of circuit training workouts that incorporate more functional pieces of equipment like stability balls, sand weights, weighted vests, and battle ropes has exploded in recent years," says Ponn. "This type of fitness delivers maximum results; you not only burn calories but also sculpt lean muscle that will, in turn, increase your metabolism and help your body burn more fat." 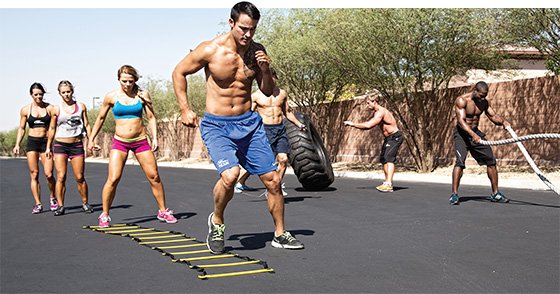 CAN HIIT KILL THE TREADMILL?

So in 10 years time, will we look back at treadmills in the way we now view manual typewriters and video tapes?

Well, a good workman never blames his tools, and so it is with workout equipment—the treadmill might not be the most exciting way to exercise, but you can still get results if you have one in your home or local gym.

"Treadmills will always be there. They're easy to use. You can keep a close eye on your workout by calories, time, and/or distance. There is no substitute for the treadmill if you are competing in a run, marathon, or triathlon," says body conditioning specialist Lindsay Jay, who runs classes designed to maintain interest levels and motivation. "Treadmills have also saved many knee and ankle injuries because there is less impact than outdoor surfaces. Of course, they can still lead to damage, but the key is to try to attain balance in everything—mix it up." 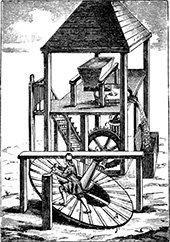 Treadmills were invented in 1818 by British engineer Sir William Cubitt, whose 'treadwheel' was designed to keep idle prisoners busy at Bury St. Edmunds jail. Used until the second half of the 19th century, the prisoners' power was used to grind grain, pump water, and ventilate mines.

Jay isn't the only fitness expert reluctant to hammer the final nail in the treadmill coffin. Juan Carlos Santana, of the Institute of Human Performance in Boca Raton, Florida, argues that people are all too quick to jump on the next fitness fad rather than put the work in required to get fit.

"Treadmills are not as popular as they used to be but they are still a great tool," says Santana. All the more so, he says, in light of what the alternatives might be. While high-intensity interval training (HIIT) can give great results, not all classes offered in your local gym are of the same standard, and may even cause you injuries.

"The high-intensity training that is inherent to functional circuit training provides superior adaptations to just about any physical and functional measure scientists have cared to measure—from weight loss, to strength and beyond, but that's not the whole story," says Santana. And he should know; he and the Institute of Human Performance came up with the first research on HIIT circuits in the 1990s, and that research led to functional circuit classes for TSI, Lifetime, 24 HR Fitness, LA Fitness, and so many others.

"So if you throw superior adaptations in with time efficiency, then of course treadmills will take a hit—just like bus usage took a hit as individual cars became more affordable." But, argues Santana, this shouldn't mean you rush out and sign up for whatever new cardio class is near you.

He explains: "There is often no planning, no system, no client assessment for appropriateness of class, and all too often unqualified—but charismatic—instructors. The result is that classes become more cult than process, and injuries and failure rates go through the roof." With this in mind, Santana developed a new certification system that allows gym goers to know for certain that they get quality instruction.

There's nothing to stop you from doing your own circuit training. Your local park has trees, benches, and maybe ropes or climbing frames that can be used with your own body weight to create an outdoor cardio workout that will match any indoor one—or even outperform it. 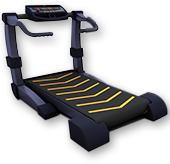 Sales at Indianapolis-based active workstation producer TreadDesk are predicted to have increased by 25 percent in 2013; large corporations, including Microsoft, Coca-Cola, United Healthcare and Procter & Gamble, have started installing them.

Do your exercise with someone else and you can add partner drills to the mix. Indoors or outdoors, you can do partner presses and rows using a resistance band—one person stands behind the other, pulling or pressing—squats facing each other, while utilizing a resistance band; various exercises with medicine balls; and bodyweight exercises. The variety of moves—and the motivation of working with someone else—will give you better and quicker results than working out on the gym treadmill.

Of course, while circuit training might offer superior results, it has one major flaw—it's difficult to do in the house. Some of you will already have a treadmill in the home, an expensive investment you'd probably rather not junk. And while it might seem as though treadmills are dead—the popularity of new classes and fitness fads, especially celebrity-led ones, could lead you to believe so—sales are still going strong. According to the Sporting Goods Manufacturers Association, treadmills are still the best-selling fitness machines, even at a time when overall spending on fitness has fallen.

So, yes, treadmills are boring, ineffective. and inefficient. But add the machine to a workout mix that includes circuit training, boxing, martial arts training, or some other more interesting form of cardio, and it is still a handy way to stay lean and mean.