Cassis Berry: Why It's The New King Of Superfruits!

What if I told you that a fruit that was originally banned from being cultivated in America may help you achieve your fitness and health goals.

What if I told you that a fruit that was originally banned from being cultivated in America at the start of the 20th century may very well be the fruit that helps you achieve all of your health and fitness goals now in the 21st century?

Well that is exactly the case with this new fruit that is going to take its place as the new king of the super fruits.

There seems to be a fruit of some kind every few years or so that holds this throne. Noni, Acai, and Maqui berries have been there at one point or another in the last few years. Now it is going to be the Cassis berry.

Already big across the Atlantic in the United Kingdom, now the Cassis berry is taking America by storm. 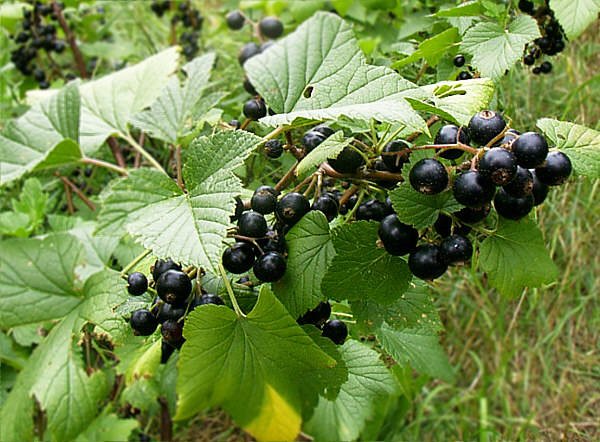 In the early 1900's several Northeastern states in America passed legislation that banned cultivation of the Cassis berry, also known as Blackcurrant due to the damage it did to white pine which at the time was a big part of the timber industry.

Although white pine is now rarely used, the fruit remained banned in most states until New York lifted the ban in 2003. Other states started lifting the ban shortly afterward. Due to the ban it is not nearly as well known in North America as it is on the other side of the world.

Although it was not allowed in the US, the United Kingdom knew what kind of healthy treasure they had for decades. Blackcurrant has been a big fruit there since the Middle Ages and remains a big part of the culture there today.

Cassis berries are little dark purple berries that grow from a small shrub and are believed to be originally from the UK. It can also serve benefits for people as early as birth.

Babies that were given Blackcurrant seed oil (BCSO) were shown to have less prevalence of atopic dermatitis. Of course as you get older you can reap even more health benefits from Cassis berries.

Cassis berries have served as a home remedy in the British Isles as far back as the Middle Ages. The berries have been known to treat bladder stones, liver disorders, and if the berries are blended into a syrup then that is used for coughs and lung ailments.

The berry acts also like a multivitamin since it also contains high amount of Vitamins A, B, and C as well as potassium, magnesium, iron, phosphorous, zinc, and even calcium.

Any athlete knows that cardiovascular fitness is a big key in success of your chosen sport. Cassis berries are rich in flavonoids which help improve the function of your blood vessels. Flavonoids also reduce blood stickiness which leads to a reduction in small blood clots. They do this by reducing the bad cholesterol being formed.

The fruit juice of black currant was found to contain a polysaccharide-rich substance, which was designated cassis polysaccharide (CAPS), with macrophage-stimulating activity. Especially, its interleukin (IL)-1beta-inducing activity was remarkably high, compared with other fruit juice preparations.

CAPS was found to consist of rhamnose, mannose, arabinose, galactose, xylose, and glucose. CAPS has shown to have a certain cytotoxicity directly against tumor cells.

Cassis berries can even help slow the aging process. The antioxidants in the berries can help slow down the rate at which your hair turns gray and wrinkles develop. Research that was performed in New Zealand found that the phenolic components found in Cassis berries out-performed the corresponding compounds found in other fruit such as blueberries and boysenberries.

Those studies also suggest that the antioxidant ability of the berries is such that the anthocyanins and the other components such as the procyanidins not only protected the nerve cells from oxidative stress but it also helped regenerate the body's own defense systems.

There has even been a patent that claims that the juice from Cassis berries can even help prevent Neurodegenerative diseases such as Parkinson's and Alzheimer's.

The antioxidants in these berries do more than that. Antioxidants play a vital role in the maintaining vision and eye health. It also can help in preventing cataract. Cataract is a degenerative eye disease and is common among senior citizens. It occurs due to a buildup of oxidized proteins in the lens thus preventing light from entering.

It is believed that the UK had soldiers and pilots in World War 2 eating cassis berries every day to maintain and possibly improve eye health.

Cassis berries have also served as a remedy for urinary tract infections (UTI). UTI, also known as cystitis, occurs when bacteria enter the urethra travel up and stick to the walls of the urinary tract.

Drinking cassis berry juice can help serve as a remedy because it will flush out the urinary tract since it is a liquid and also because the berries contain proanthocyanidins which is a type of polyphenol.

Furthermore, cassis berries have been found to stop some species of bacteria from growing and causing infections.

It is already known that you can either eat the berries themselves or make a juice out of it to drink or even produce a syrup out of it. Of course this can be done with any berry.

Although the cassis berry is still relatively unknown to the biggest part of the Western Hemisphere, there is no doubt to the rest of the world that this little fruit can play a huge role in the general health and the fitness of anyone who takes it.

Now that the word is spreading throughout North America and South America about it, the time has finally arrived for the Cassis berry (or Blackcurrant) to take its place as the number one super fruit for years to come.