Are your sleeves sagging around your arms? Boost the brawn and size of your biceps and triceps with these critical arm-day training tips!

If you take the ignorance-is-bliss approach to arm training, you'll probably never be tempted to educate yourself on ways to pump up your biceps and triceps size. You might wander around the gym forever with 14-inch guns, never realizing that with a little education and elbow grease, you could be sporting 16s, 17s, or even bigger pythons!

If that sounds good to you, it's time to kick ignorance to the curb and hit the books. Start by taking a closer look at these nine sorely underrated biceps and triceps tips. As you'll discover, knowledge is just as important as hard work when it comes to putting on quality muscle, so get started!

Give arms their own training day 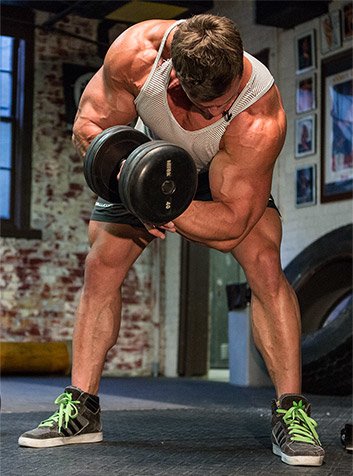 One of the most popular ways to structure your training split is to pair a larger and smaller body part into push or pull days. It's common to train back and biceps or chest and triceps together, and for many lifters, that works just fine. Over time, however, many people find that the second muscle group worked—arms, in both examples—doesn't get as much training emphasis as the first.

One remedy is to do an arms-only workout on a dedicated arm-training day. With no heavy bench presses or rows done beforehand to sap your strength, you'll be able to approach these workouts with a full tank, and undoubtedly you'll be able to push much harder. Because you'll be able to move heavier weights, you'll get an enhanced growth stimulus.

To ensure full recovery, I suggest you leave at least a day before and after your arm workouts when scheduling your back, chest, or shoulders, to ensure some of the muscles don't get trained on consecutive days. Arranging your body-part split is a little trickier, but you'll benefit from the long-term payoff.

I make this point frequently, but it's an important one: Start your arm workout with exercises you can load up with the most weight. After your warm-ups, that means you shouldn't go right to dumbbell curls or triceps push-downs when you can double or even triple the load on close-grip bench presses or dip machines.

With biceps, preacher curls and concentration curls are lousy places to start when you can push significantly heavier loads on standing EZ-bar or barbell curls. The exercise you choose to do first in your arm workout has a significant impact on your ultimate results, so give some thought to where you want to begin your training.

Once you've got the right exercise in the lead position in your routine, don't waste the opportunity by choosing a weight that's too light. If you're building mass, don't be afraid to push yourself with a load that you can complete for only 6-8 reps. You'll get a better muscle-building and strength stimulus here than if you choose a weight you could do for high reps chasing a pump.

Think "angles" when it comes to biceps training

The elbows-by-your-sides shoulder-width grip should be your starting place when it comes to curling exercises. But like the basic bench press or row, there are plenty of variations to explore that can increase overall arm development.

The elbows-by-your-sides shoulder-width grip should be your starting place when it comes to curling exercises.

When your arms are in front of the plane of your torso, as when doing preacher curls, the biceps long head can't fully stretch, so the focus shifts to the short head. Similarly, when your arms are behind the plane of your body, as when doing incline-bench dumbbell curls, the long head is fully stretched and can contract more strongly, making it the focus of the movement.

Every body part has a trick or two you need to learn for advanced development, and one of the more important ones for building horseshoe triceps is to take your training overhead. That's because the bulky long head attaches above the shoulder joint, meaning it's only fully stretched when your arms are in the overhead position. Only when a muscle is fully stretched can it contract most strongly. With your elbows by your sides, your lateral head takes on a greater portion of the load. 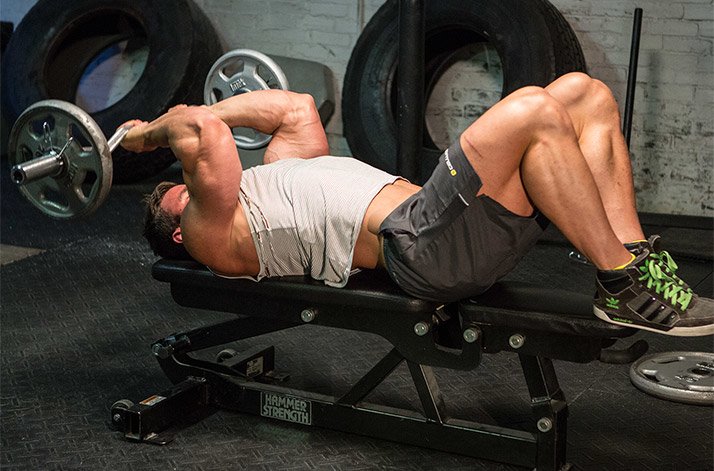 Any triceps movement in which your arms are overhead works here. Overhead barbell, dumbbell, or cable extensions focus on the long head, and there are even some machines that can do the trick. Of note, arm positions in which your arms are perpendicular to your body—like when doing skullcrushers—engage the long head to a degree. As your arms move more overhead, as when doing skullcrushers on an incline bench, you'll get even greater long-head activation.

Mix up your grip for max growth

A curl is as simple as contracting the biceps to raise a weight using an underhand grip. While that's certainly one way to build your arms, in no way is it a complete one. That's because the arm flexors consist of more than the biceps brachii, a two-headed muscle. The brachialis lies underneath, and boosting its size will also help increase overall arm size.

Working the brachialis means doing hammer curls in which your palms are in what's called a neutral position and your hands face each other. Hammers can be done with a rope attached to the lower cable or holding dumbbells.

The brachioradialis, which provides thickness to the thumb side of the upper forearm, also contributes when doing hammer curls. It's targeted when using an overhand grip during a reverse curl.

That can be hard to do—especially for bigger guys—because your elbows naturally want to flare out. When your elbows flare, the chest and shoulders can join in, reducing the effectiveness of the movement. For better isolation of the triceps, keep those elbows in tight.

Don't rep as high as you can with biceps movements

Without question, the single-most common error trainees make when doing biceps is raising the weight as high as possible in an effort to go through the full range of motion. While I'm all for full-ROM training, curling the weight too high in this case is often done with an assist from the front delts.

Here's why: With your elbows pinned by your sides, curling the weight strictly allows you to bring the weight to about shoulder height. But years of bad habits are hard to break, and for many lifters, those habits mean they push the elbows forward to raise the weight even higher.

When your elbows come forward, your single-joint movement now turns into a multijoint one that also involves the front delts. Not only does that bring in another muscle group, it now allows for a resting spot at the top of the rep as your hand is now stacked over your elbow—meaning tension on the biceps is highly reduced.

For better isolation, keep your single-joint biceps exercises just that. Be aware of the tendency to pull your elbows forward as you raise the weight. Keep 'em pinned back by your sides for the duration of the movement.

It's not all about the pump

There's a powerful and popular belief that to be successful on arm day, you've got to get a (insert adjective here: wicked, monster, incredible) muscle pump. The trouble is, the "pump" is best achieved through high-rep training in which blood is flushed into the target muscle, pushing the boundaries of the muscle fascia as it swells.

Yes, that's one mechanism for muscle growth, which goes by the name of sarcoplasmic hypertrophy. In my opinion, though, it's best saved for the end of your workout, with your heavy training out of the way.

Heavy training elicits what's called myofibrillar hypertrophy, in which the actual structures of the muscle fibers are damaged. Lighter training pushes fluids into the cell but doesn't necessarily cause fundamental damage to the cell structures.

Which begs the question: Why not go for both? If you do your heavy work at the beginning of your training session and work for the pump toward the end, you can. Bottom line: Save the wicked pump for the end of your workout.

Larger muscle groups like legs require demanding workouts that take many days to recover from, so they're trained just once a week. Smaller muscle groups, not so much. That's one reason many lifters do body parts like calves and abs up to three times a week. As for the biceps and triceps, they're the Goldilocks of muscle groups: somewhere in between. 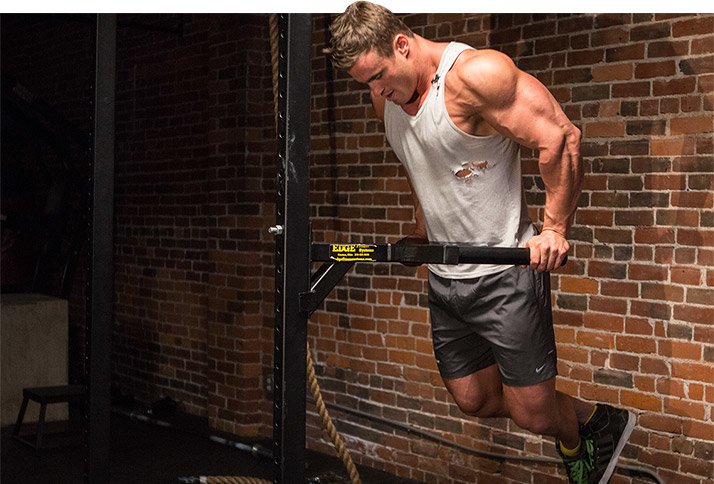 If you've got the energy, time, and ambition, adding a second round of arm training that's done over the course of your training split is easy to do so long as you plan it right.

If you've got the energy, time, and ambition, adding a second round of arm training that's done over the course of your training split is easy to do so long as you plan it right. Here's one I followed a few years back (excludes abs and calves):

If you do train arms twice, I like the idea of making the first one of the week very different from the second, both in exercise selection and approach. One might be heavier than the other, focus on weaknesses, employ more single-arm (unilateral) exercises, or use different intensity boosters like forced reps, dropsets, blood-flow restriction, or eccentric-focused training.