Man or woman, mass-builder or fat-cutter, this plan will put you closer to where you want to be. Stop program hopping and get serious with these 3 rules and this 8-week plan!

More than ever before, this whole "getting in shape" thing can seem like some kind of advanced algorithm. This is especially true if you're standing at the front end of the journey trying to find a way through all the information online.

One scary-sounding study says your health depends on x, but another says it depends on not doing x. One writer says CrossFit kills people, but the people in those pictures all seem ripped and happy. But so does that woman in yoga class. And, let's be honest, so does the Shake Weight guy! So does that online writer guy shouting at you about intermittent fasting, high reps, low reps, high-carb, low-carb, no-carb, steady-state, or HIIT.

Sigh. It's no wonder that so many people can't figure out how to get from where they are now to the promised land of their New Year's resolutions. There's too much mental clutter.

You want simple? Here it is: 3 rules, 3 workouts, and an 8-week program that will build full-body strength, set fire to calories, and introduce you to all the tools you need to be fit from now on. Thank me later; for now, just do this.

Ready to get to work? You can follow the full program, Strength and Muscle for Beginners, in BodyFit Elite.

Rule 1. Make The Gym Your Habit

In his phenomenal book "The Power of Habit: Why We Do What We Do In Life and Business," Charles Duhigg dedicates an entire chapter to what he labels the "habit loop." Without giving away any spoilers—I'm not kidding, it's a book that will melt your brain, and you should read it—Duhigg explains that one of the most fail-proof ways to create a habit is to preface the behavior you want to reinforce with a cue.

As an example, let's say someone's goal is to go to the gym three days per week before work. A basic cue would be to place their gym clothes, post-training shake, and shoes next to their bed the night prior so those items are the first thing the person sees—or maybe trips over—when they wake up. The theory is that the cues will create a routine, and eventually, the person won't need the cue.

The takeaway: Don't just say you're going to start going to the gym. It doesn't work. Make things more concrete by setting up as many nudges and reminders as possible to help keep you from backing out. Your reward will be better health, feeling like a million bucks, and no longer fearing taking your clothes off with the lights on.

Rule 2. Be Consistent In Your Training

I don't marry myself to particular weightlifting modalities or principles. Massive numbers of people out there have different goals, needs, injury histories, experience, and equipment access. What works for one person won't always work the same way for the next.

Does this mean that everything is as good as everything else? Of course not. I'm a strength coach, and I believe that a full-body strength program built around compound lifts is the best place for almost everybody to start, no matter what they end up doing months or years later. It's better than so-called fat-loss programs, hypertrophy programs, programs that help add inches to your vertical jump, or ones that promise to turn you into a superhero in eight weeks.

The only program that will work is one you'll actually follow consistently.

Regardless, I also recognize that the only program that will work is one you'll actually follow consistently. So take that as your rule, but if you want a suggestion, well, follow the program below.

Rule 3. Build On The Fundamentals

Listen up: If you're a guy who just started training and can't do at least five clean, dead-hang, sternum-to-bar pull-ups, then you have no business going to the gym to perform set after set of biceps curls—period! For women, the same rule applies, but I'd say the number is between 1-3 pull-ups.

Don't get caught up in which exercise works which muscle. Master a small lineup of proven exercises in the following categories first, and worry about splits and fine-tuning somewhere down the road, if you worry about them at all.

Master at least one from each category 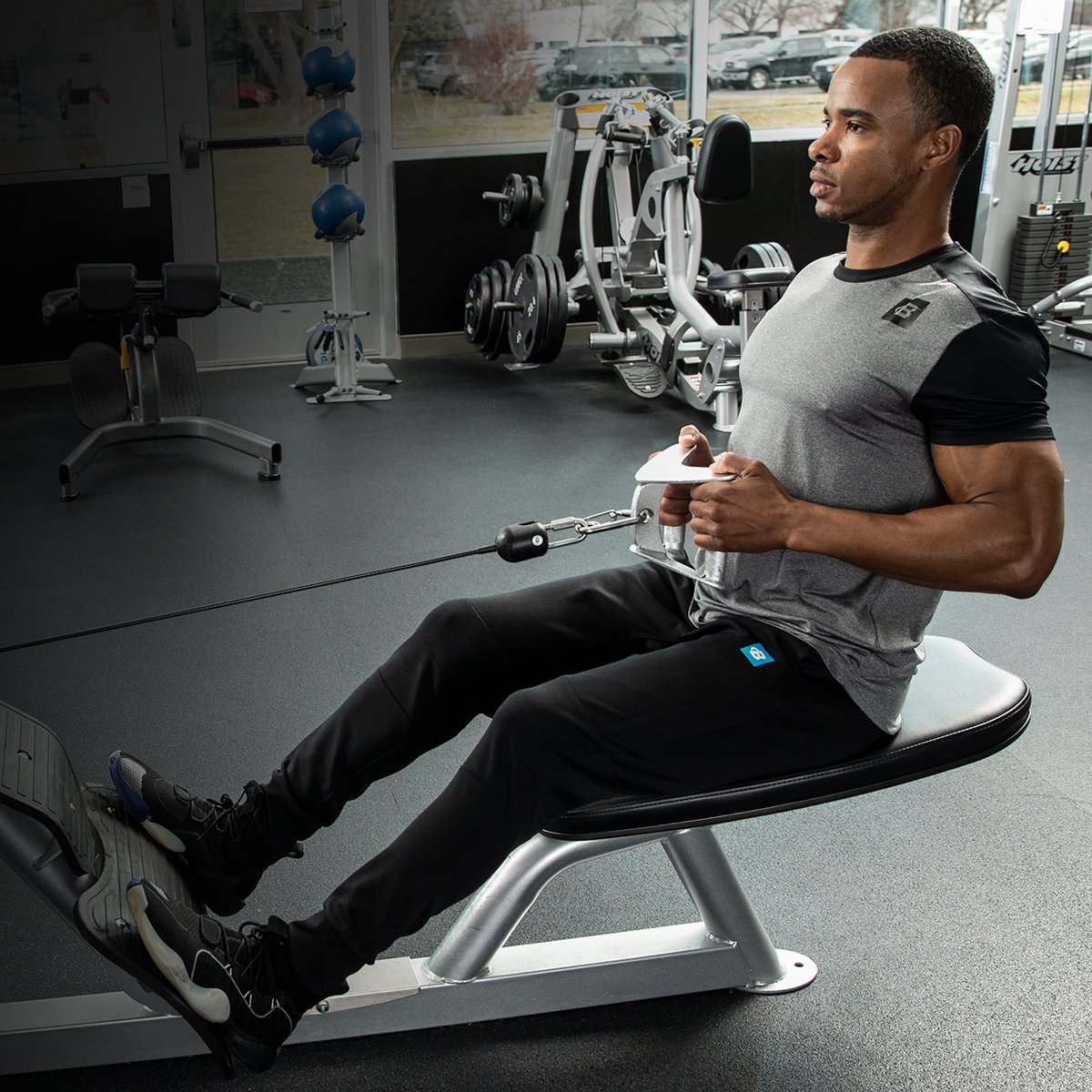 Strength and Muscle for Beginners Program
Follow this full program in BodyFit Elite! You’ll get a customizable workout tracker and app, with demonstration videos for all movements. Earn free shipping and store discounts, plus access to 70+ additional programs!