The Dangers Of Dumbbell Flyes!

This might be a bit of a shock to many of you, but one of the most common exercises you see in the gym when it comes to chest training—the dumbbell flye—is pure death to you!

Let's take it from the start. Some basic anatomy: What we usually refer to as a "shoulder" is two bones, the collarbone and the scapulae. At the far end away from your throat they connect, basically making a frame for muscles to attach to (such as delts, traps and upper pecs). The upper-arm bone ends in a dome, which slides around on a shallow cavity of the scapulae, thus enabling us to move our arms in pretty much any way that we wish. And one of the biceps joints (the long head) starts just above that shallow cavity. 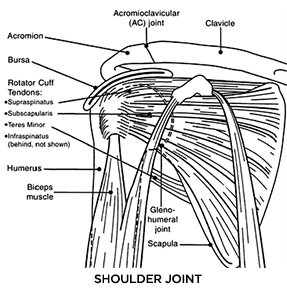 So far, so good. Now, there's a little problem that occurs when lifting your arms, and that is that the space between the upper-arm dome and the connected bones of the shoulder girdle is pretty tight. Why don't we do dumbbell lateral raises above 90 degrees? Because you start lifting your shoulders! And why is that? Simply because the bone-dome and the far end of the connected bones starts pressing against each other, thereby forcing the entire structure to elevate!

Put your finger on top of your shoulder. Hold your arm out slightly and flex the delts, and you'll find the spot with no muscle covering it. Now you're holding your finger on acromion, the outermost point of the scapulae. Keeping your finger on it while raising your arm, you'll notice that no matter how hard you try, that sucker starts going upward at a certain point no matter what you do! 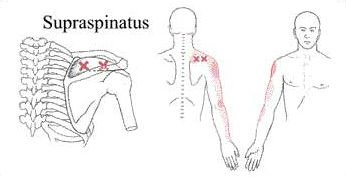 That's not it wandering by itself, it's being pushed upward by underlying dome. With this in mind, you probably quickly realize that it's not a good idea to have a vulnerable joint being stuck in between ... Especially not if you hold a heavy dumbbell, increasing the pressure tenfold!

At this angle though, sitting straight up, you're squeezing the joint of the Supraspinatus, a member of the rotator cuff. The biceps joint is located slightly farther down and anterior, thus saving it from most stress at this angle ... But when you lean back on a bench and start doing some heavy flyes, boy, are you hitting the spot or what!

Just like you were squeezing and tearing at the rotator cuff when sitting straight, you do the same to the biceps when you're angled backward. It sucks, but it's one of the main reasons for shoulder-ache among serious trainers! "What am I talking about?" you ask, "the shoulder? I thought we're dealing with the biceps here!" Yes, we are, and the biceps are so much more than the muscle belly you see in the mirror at the locker-room. 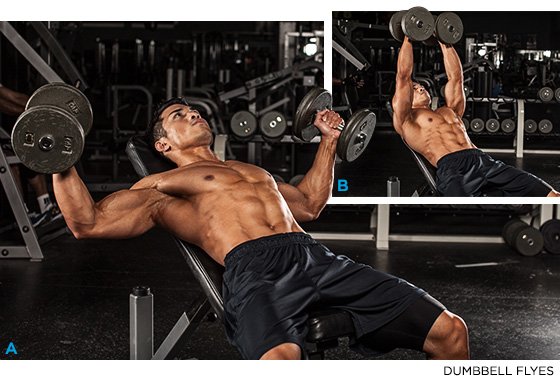 The joint keeps going under the delts and all the way up and back above the upper-arm bone. Delt pain? Not quite—it's under the delts! If you experience weird, stubborn ache in your shoulders once in a while, give it a try and replace those flyes with cable crosses instead (which are safer because of their angle and range of motion).

"But what about the great burn I get in the middle of the chest?" I hear someone asking. Sure, when I was into flyes I felt the same thing. Too bad it turned out me mostly feeling tension in the cartilage between the ribs and the sternum, not actual muscle-work.

While I'm at it, I would also like to kill another exercise I've seen around gyms for the past years. Ever seen a guy stand with light dumbbells in his hands, upper arms straight out to the sides and 90 degree angle in his elbows, rotating his arms from vertical to horizontal? If you ask him what he's doing, he'll proudly inform you that he is right now taking care of his rotator cuffs. 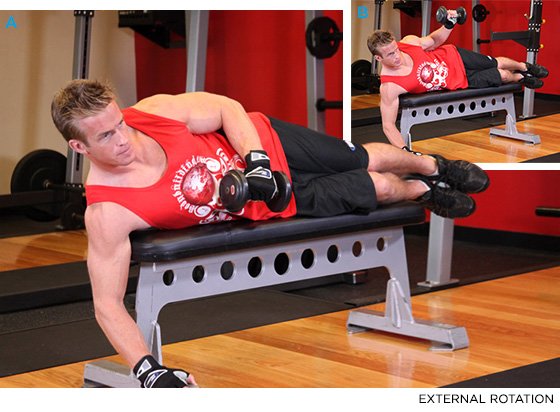 Considering what you know about two vulnerable joints in that area which gets pressed pretty tight at that angle, adding the back-and-forth motion, you can also conclude that the dude is doing a nice job of actually sawing his biceps and supraspinatus joints off.

See What Dorian Kent Has To Say About Rotator Cuff Exercises!

(Want to learn more about anatomy? Search the Web for good sources, such as here!