The deadlift seems simple enough, but a good deadlift is anything but. It requires solid coaching, sharp cues, proper setup, textbook execution, and perfect form. In other words, the deadlift is one movement that you have to learn.

However, with solid training pointers from pro coaches with years of experience under the bar, you can learn to pull like a pro with relative ease for long-term muscle growth and health! 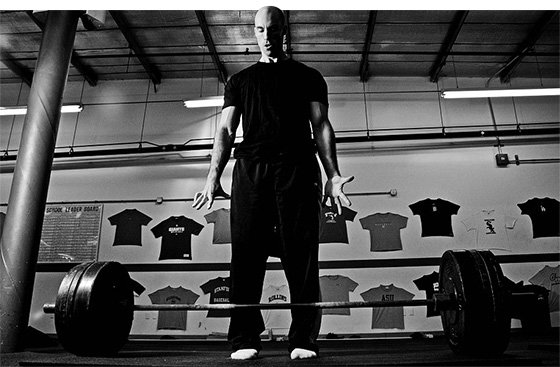 The deadlift is a core lift. No workout plan should be without it, but like anything involving heavy weights, you need to learn how to do it right. Proper form will give you the greatest gains.

Q
Which Deadlifting Cue Do You
Stress Most?

There are numerous, often intricate coaching cues that can clean up deadlifting technique and performance.

Everything from foot position, hand placement, and telling someone that projectile vomit shouldn't be part of the equation can cure a sick deadlift.

Many lifters approach the bar in haphazard fashion, bend over, and lift with an overly rounded back. This can kill your spine. With this in mind, one of the more prevalent bang-for-your-buck cues I use with my athletes is to "set the lats."

The lats are a huge muscle group that originates at the humerus and inserts at various points along the rib cage to the lumbar spine. The lats play a crucial role in extension, adduction, horizontal abduction, and internal rotation at the shoulder joint, but we'd be remiss not to note their significant role in stabilization.

Before they pull, I cue lifters to squeeze the bar like they're trying to melt it in their hands and use it to "pull their chest tall." I then cue people to "set their lats" by placing their shoulder blades down and back, which stiffens up the upper and mid back.

This helps to prevent sheer loading on the spine and sets people up for an efficient pull.

I've tried many deadlifting cues with varying success, but one that helps most trainees achieve proper position is to think of the movement as horizontal, not vertical. Sure, the barbell moves vertically during a deadlift, but you move your hips horizontally to move the bar itself.

This consideration helps people ensure their shoulders, hips, lower back, and knees are properly positioned for starting movement.

Deadlift drive comes from the hips when you start in flexion and move into extension. In other words, deadlift drive comes through hip drive. Driving your hips forward, coupled with vertical shins and a stable core, causes the torso to stand up vertically, pulling the weight with it.

The idea of pulling the weight off the floor vertically typically leads people to lift with the back, not the hips. They round the back, which drifts their shins forward and limits the use of their hips in favor of the knees. This doesn't happen simultaneously, but it's more predominant with a vertical drive cue versus horizontal. 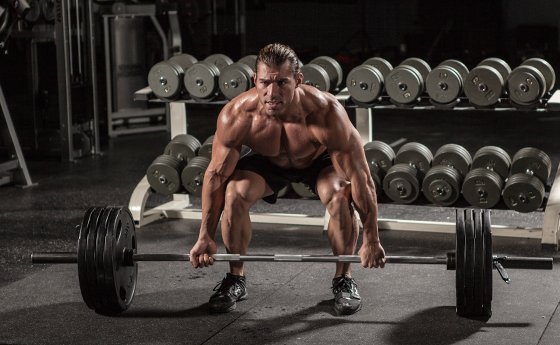 The deadlift looks simple, but your posture, grip, bar path, breathing, foot placement, and muscle engagement all play vital roles in the execution of the lift.

An additional benefit to the "think horizontal" cue comes during the descent to grab the bar. Think about sitting back into the movement so you can pre-stretch your glutes and hamstrings.

Maintain a tensed and stable lower back and limit the chance of your knees going over the bar. When the knees pass over the bar, a good pull will either require the knees to move back or the bar to be pulled forward.

Most people focus on deadlifting cues regarding the lower and upper back. I feel the most important aspect of the movement actually is the bar path.

A neutral spine needs to be the primary focus, sure, but if your setup is terrible and the bar sits 6-8 inches away from your shins, you create a lever arm that exposes your body to injury.

The bar must travel in a straight line perpendicular to the floor during any standard barbell movement in a vertical plane. If you don't set up properly in relation to the bar, the body will be forced to create an irregular bar path to compensate.

The most important load-bearer in a situation like this is the lower back. There will be a ceiling amount you can lift with a poor setup, of course, but when the weight gets heavy, your geometry must be perfect if you even want to move the bar. That statement speaks for itself when you watch events like Olympic lifting.

If you even want the potential to use the right muscles during a deadlift, make sure the bar is set up for a vertical pull.

Lee Boyce on the Most Common Deadlift Mistake
Watch The Video - 02:51

Bar path and setup create the biggest deadlifting problems. For some reason, clients often take the long road home and let the bar drift away from their body. This increases spinal compression and extends the load farther from the hips and hamstrings, where the work really takes place.

During setup, people round their backs into flexion like camels. This hinders performance and can damage the spine.

Powerful lat tension can solve both quandaries. Lat tension is pivotal for core stability, bar path, and spinal alignment. The lats are large, outer-core muscles that connect the hips to the shoulders. When the lats hold tension, the spine is rigid and stable, allowing the hips to perform their designated flexion and extension roles.

During deadlift setup, tuck your elbows and put tension on the bar by pulling it toward your body. As the bar leaves the floor, continue to pull the bar into your body as you drive with your legs. You'll maintain solid lat tension throughout the lift, which ensures good bar path and spinal alignment.

Lat tension limits the negative effects of spinal flexion and keeps neural output high, making you a monster as the bar travels from the floor to lockout.