Military Bodybuilder Of The Month: Riley Is On A Roll!

Physique competitors who work in the military can't think in terms of ''show'' or ''go.'' They need both. Luckily, the Air Force's Riley Marx has them in spades!

A decade in the Air Force has helped Riley Marx gain a global appreciation for fitness. In the past three years, she's increased her baseline strength and athletic physique to a higher level. Now she has her eyes fixed on the IFBB.

Marx trains working dogs for the military. This important function helps keep bases and battlegrounds safer, and handler and dog must be prepared for many sorts of assignments. That's why Marx's training is for both function and physique. Try to match this figure athlete's PT score, if you dare!

I signed up and entered the Delayed Entry Program (DEP) as a sophomore in high school. I knew exactly what I wanted to do. I wanted to see the world, have my education paid for, and to serve my country proudly. I formally enlisted in 2004, shortly after graduating high school.

Describe what you do in the Air Force.

I train Military Working Dogs (MWDs), which the military needs for a number of reasons. They provide an enhanced capability to detect explosives and narcotics, secure critical resources, and enforce laws and regulations. MWDs also help defeat threats inside and outside base boundaries. They serve vital roles in offensive and defensive operations and effectively counter threats during peacetime and war.

MWDs assist soldiers in all these ways, and they also ensure our forces can anticipate, deter, detect, defeat, defend, and recover from threats and adversaries. MWDs are the best partners and of course, man's best friend! 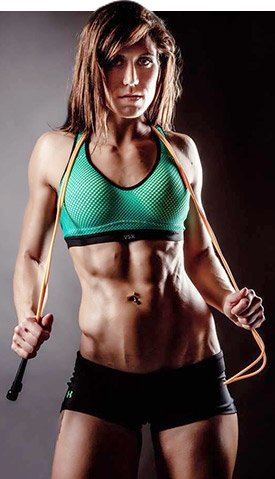 Well, for me, bodybuilding isn't just competing. It encompasses strength development and muscular hypertrophy to obtain a certain look. By that standard, I've been bodybuilding since high school.

I started athletic competition with gymnastics at age five. I played basketball, soccer, softball, volleyball, and golf. I've done swimming, diving, and ran track. I started lifting weights in high school for track and have been lifting ever since. I wanted to take my lifting to the next level and start competing in 2011. However, it took until 2013 for me to finally be in a location where I had access to a respectable coach and was in a good spot in my life to begin my competitive bodybuilding journey.

How did living abroad and your tours of duty change the way you look at fitness?

I have always thought highly of fitness, and have continuously lived by the credo "Fit to Fight." We in the military are held to a higher standard and need to stay fit year-round. Our jobs are demanding, and we can be deployed on a mission at any given time. If my time in the military has done anything for my passion of fitness, it's given me more motivation to be the best me I can be.

My global perspective has certainly expanded while being stationed in Japan and other countries. Their culture and society are so different from America. It shows in every aspect, from the way they drive to social interaction. The Japanese people don't have a word for "lean" so they just say "skinny" instead, which can get under a bodybuilder's skin!

How have your military discipline and contest prep fit together? Or have they?

I think military discipline and contest prep are two similar types of discipline, and they fit together well. Military discipline was drilled into our heads during basic training, and it taught us to develop self-control, character, and efficiency. It brings about order in life in more ways than one, and it became an instilled lifestyle from that point on. 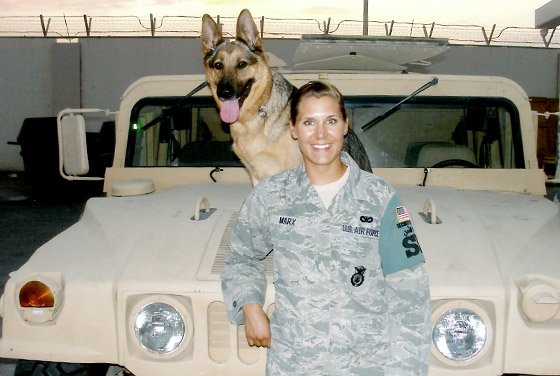 "Military discipline brings about order in life in more ways than one, and it became an instilled lifestyle from that point on."

Bodybuilding helps me to continue being "Fit to Fight" and keeps my discipline and motivation at its peak. It also helps me to epitomize the total airman, which is what we strive for. That's why it's still important to me to do well on PT tests, though. I'm still trying to get a perfect score, but I have never been fast at running anything over 200 meters. It's the only thing I haven't earned max points on yet, but I will reach that goal! 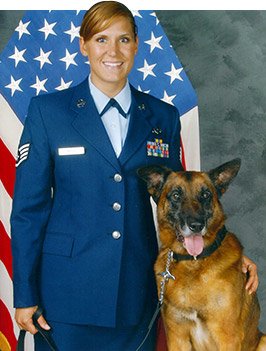 Do you think it's more or less difficult for military women to stay in shape than it is for civilian women?

I think it can vary depending on the job in the military, but I know for security forces it's more difficult for women to stay in shape. Yes, it is our job to stay in shape, but with the long hours—we work up to 12-14 hour shifts—the shift changes at any given time, the extra time we need to care for our troops, and the fact that we are held to a different physical standard than civilian women, makes what we do even more challenging.

Even on days that are allotted for PT with our squadron, it's not enough time to get in a good weightlifting session at the gym. We meet up in a mandatory formation, and then have roughly 30 minutes for PT, which consists of running and mild calisthenics. To stay in good physical condition, one must lift weights as well; that requires extra time outside of the duty day to be spent in the gym. I can't even imagine how difficult it is for single mothers or mothers in a military-to-military marriage.

Do you think the Air Force needs better physical fitness?

Yes, I think that the Air Force needs better physical fitness. I feel that individuals should be held more accountable for their level of fitness and for their failures as well. The Air Force has been cracking down on PT and airmen who fail. They constantly try to improve the PT test and drive the importance of PT into all airmen.

I believe the AF is still, and will continue to be, an incredible force. Even though it still has a long way to go when it comes to PT, it has come a long way since 2004. A lot more emphasis has been put on PT, and failure to adhere to physical training standards is now subject to discharge from service. 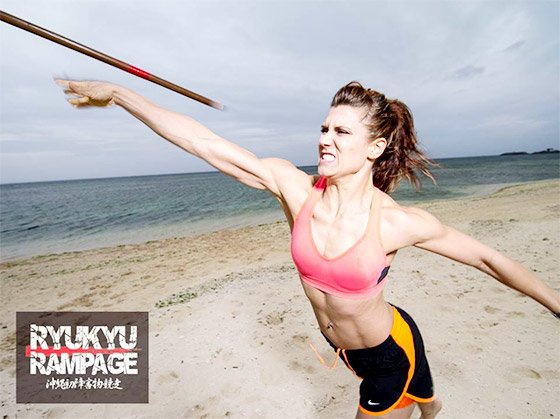 "I believe the Air Force is still, and will continue to be, an incredible force."

My short-term bodybuilding plans are to compete at an NPC show in order to qualify for a national level competition. My long-term goal is to eventually earn my IFBB pro card in women's figure.

If I were to win my pro card, it would mean the world to me. I would know my hard work and dedication to this sport has paid off and that drive and determination will always prevail.

I just love IFBB pro Nicole Wilkins! I follow her on social networking sites, and she is such an amazing competitor and inspiration to many. Her physique is stunning, and I can only dream of competing next to her one day.

I'm also inspired by my coach and friend IFBB pro Zoa Linsey. She always puts her clients' best interest first. She is an awesome person and has oodles of knowledge on bodybuilding. Zoa taught me a lot!

What tip would you give other bodybuilders in the military?

Even though it can be hard with the long hours, training, and deployments, take advantage of your down time and the free facilities. Preparation is key! Keep rollin' with the punches, and don't stop till you get it!