This army infantryman makes sure that the boots on the ground are powered by a bodybuilding leg day. Take it from Mac: You can have it all!

Mac Morisset was a teenager living outside of New York City on that fateful day when everything changed in September of 2001. He knew he wanted to do his part to defend the country he loved, and years later he found his opportunity in the infantry of the U.S. Army.

So did life on the front lines mean this longtime bodybuilder had to give up his dreams of an elite physique? Definitely not, as his numerous appearances on We Mirin' attest. This shredded beast lifts hard and heavy, and already looks every inch the pro. His time will come.

If you've been looking for a program and meal plan that fit with a strict military schedule, look no further!

When the events happened I was at first very afraid. I really didn't understand why anyone would do something so devastating to innocent people. But as I watched the news more and more, I learned why the events took place. It made me angry. That's when I kinda knew I'd serve one day. I wanted vengeance for my country.

You spent some time in college before you enlisted. What did those years mean to you?

I attended [the] State University of New York at Morrisville. I played two years of Division III football, and majored in information technology. I attended the university for three years. I did not graduate because of financial reasons, and returned home for a few years. I attended a community college close to home while working a full-time job.

As bodybuilding became a bigger part of me, I lost interest in information technology, and it led me to change my major to exercise science. I did a few semesters as a part-time student, then enlisted in the Army in April 2012. I now attend school online at American Military University while I serve in the military. I love school, I just wish I had been in exercise science years ago when I finished high school.

I played football for about 10 years, so I knew a little about lifting. After quitting football in college, I continued to lift after football, so it was an easy transition for me. 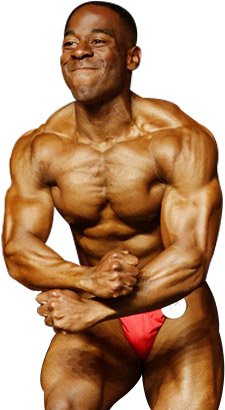 "As bodybuilding became a bigger part of me, it led me to change my major to exercise science."

What inspired you to join the military, and what are your duties?

I always loved the military growing up. I used watch G.I. Joe with my older brother when we were young boys. But what really inspired me to enlist in the military were the events that took place on September 11, 2001. I'm a New York native, and 13 years ago I lived about 20 miles from New York City.

I have many duties as an 11B—aka infantryman. I must be ready to defend our country in peacetime, and to capture, destroy, and repel enemy ground forces during combat. Our duties as infantrymen are as follows: Perform as a member of a fire team during drills and combat; aid in the mobilization of vehicles, troops and weaponry; and assist in reconnaissance missions.

For me, the hardest part of making the transition is that military life is 24/7. Workday hours are always different. Sometimes your workday can last up to 24 hours, and you always have to prepare yourself for days like that. Days like that can throw your training and diet off track.

In my position as an infantryman in the United States Army, it is extremely important for me to be physically fit. Sometimes we are required to lift or carry hundreds of pounds of equipment.

Overall, my bodybuilding lifestyle translates well to my job as an infantryman. It mentally and physically prepares me for some of the hardships of an infantryman.

The biggest obstacle is trying to balance my bodybuilding and my military lifestyle, because my job often has me doing field training, which often takes time—anywhere from a couple days to a few weeks. The on-duty training takes me away from training at the gym and, more importantly, takes me away from having a healthy diet.

There was a lot I had to sacrifice so I could take my fitness seriously. I stopped eating candy and fast food. I completely gave up partying and drinking, and had to spend less time with family and friends. It was hard at first, giving up those things, but in my mind I told myself it was what I had to do this if I wanted to be successful. 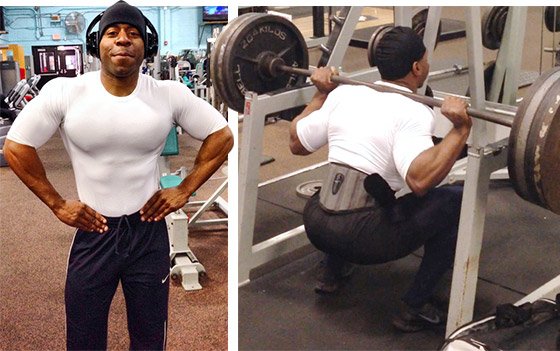 "The biggest obstacle is trying to balance my bodybuilding and my military lifestyle, because my job often has me doing field training, which often takes time." 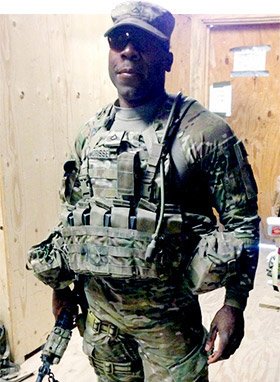 To become the best natural bodybuilder I can be. It would mean the world to me to earn my pro card. It's my number one goal.

The one and only Arnold, Franco Columbu, Frank Zane, and some huge dudes from Australia by the name of Calum von Moger, Aaron Curtis, and Eddy Ung.

What tip would you give other bodybuilders in the military?

Stay disciplined and consistent, and you are guaranteed success.