The Air Force dominates the skies, and airmen like Jason Axe dominate the gym. Meet our military bodybuilder of the month!

When Jason Axe moved to New Mexico he never thought he'd become a snow bum, but magical things happen in the Rocky Mountains. He found adventure, and he found something even more important to his future: the weight room. He got at it, packed on the muscle, and set a higher standard for his fellow Air Force members.

He works on C-130 cargo planes, one of the most versatile aircraft in the history of aviation. To get into the tight spots in the avionics cavities, Jason can't be overweight. Fitness is vital to the his mission, and to that of his military branch. By aiming higher, he's helping the Air Force do the same.

I was stationed at a beautiful base in Florida, until I got orders to New Mexico. When you're stationed at Cannon AFB in Clovis, New Mexico, you either drink or work out. I chose to work out.

I purchased my first gym membership at Transformation Fitness. I learned a lot from my coworkers who were also members. Like most people, I thought I should just do chest, biceps, and abs. Thankfully, I had good friends to set me right. They got me doing squats and deadlifts.

I feel like squats changed my life. Before, I had feared leg day, and if the universe wasn't "right," I would skip it. I quickly realized my legs were behind and started working them twice each week. Barbell squats made me want to see how much torture I could put my legs through.

A good chest is a man's pride, so I never skipped chest day, and my progress shows. I wanted a big chest, but wishing for it was getting me nowhere. I found success by focusing my chest workout on the incline press. I read that incline gives you the full appearance, so I removed decline from my workout and replaced it with a second incline chest press. I also noticed immediate results from cable flyes, which allow me to achieve a full chest stretch, pump, and fatigue.

I was struggling to pay tuition. Classes are free while you're on active duty, so the choice was easy. Getting out of college in a down market was a bad idea, and guaranteed employment in the military gave me better peace of mind.

My goal for a while was to get out and make more money. Then I realized I had all I needed here: good friends, food, and family. 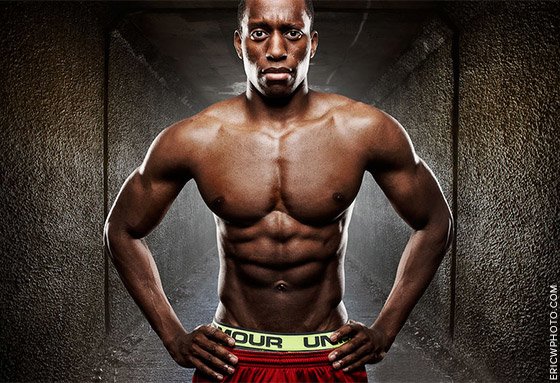 "It's simple: Fitness is a condition of my employment."

It's simple: Fitness is a condition of my employment. If I get fat I will lose my job.

I also find that fit people are more motivated on average, and I hate picking up others' slack. It would be a lie to say who isn't fit is unable to do the job. However, there are those tight spaces that a fatter person couldn't fit, requiring someone else to do the job.

Describe your duties in the military.

What doesn't the military use C-130s for? I work on all types of C-130s, from the gunship featured in "Transformers" to slick aircraft. The military mainly sees them as cargo aircraft. Working on them, usually in tight spaces, requires quite a bit of flexibility.

The military has made me see that the healthier I am, the longer I live, and the better I feel. I plan to retire some day and get a lot of years of retirement pay.

I would have been a computer programmer. I enjoy programming on the side and continue to do it.

You are big into snowboarding, right? What else do you do to stay active outside of the gym?

Snowboarding is the hardest cardio I've ever done! The air is so thin when you're tired. It's impossible to catch your breath. I love snowboarding so much; I think about it all summer. 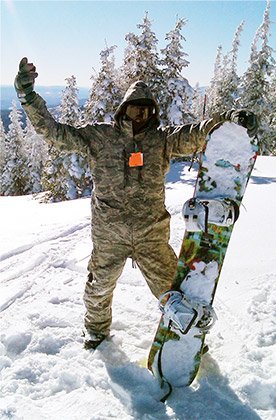 I'm a city boy, so I'm surprised I even snowboard. I've hiked a few times in the summer just to see the mountain trails with no snow, which is cool, but the bugs and heat make it less fun. Once I hike to top of mountain it feels like an accomplishment, but man, getting there is crazy. But summer or winter, taking pictures at the top is incredible.

For the past two years I've been a season pass holder at Ski Santa Fe, where I've mastered doing 180-degree jumps. This year I hope to master the 360. I have an all white outfit which make me hard to see. I blend in with my natural habitat.

How has Bodybuilding.com helped you?

When I had my first fitness photo shoot, I felt so underprepared. By reading the Bodybuilding.com forums I was able to find out how to dry out so my abs would pop, the best underwear to get, and even some posing tips. My friends who compete read and post reviews of how well the products they take work.

Rumors on the forum also keep me up to date on fitness news. Bodybuilding.com provides good reading and contrast to pics on Instagram, which I also like.

It's a community of uplifting inspirational pics. In magazines, people only talk about their success, and you only see them at their leanest. Follow those same people on Instagram, and you can watch their struggle to get and stay lean, which is so nice to see. I post inspiration pics, self pics, and funny memes. Joining Instagram really made me really look at myself. On Instagram, abs are everything, and I didn't feel my abs were on par. It was motivation.

The majority of the feedback you get from posting pics is positive, which is why I'm there. At times, you can learn from the negative comments, but for the most part the response is #TrainAsHardAsYouHate! There are many common Instagram sayings, which become your normal lingo: "You natty brah?" "'Mirin?" "Aesthetics!" "IIFYM," "She squats," and so on.

I could go on forever, but the basic appeals are that its free, you can post selfies to see your progress, and it's nice to see you're not alone on your fitness journey.

Which nutrition plan works best for you?

I've never tried a meal plan. What works best for me is just avoiding sodas, fried food, and fast food.

I would like to pursue fitness modeling. I have already made good contacts and would like to see where this goes. Look out for me!

Fit people are harder to kill! We are tired less, have better endurance, and I've brought up body parts that were lagging before I started lifting. 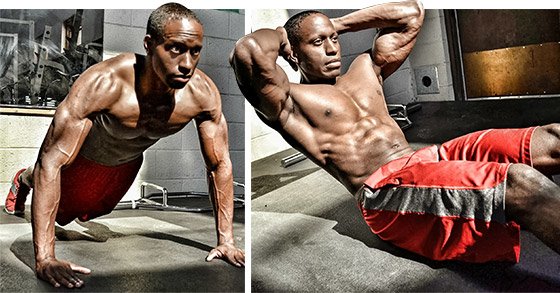 I admire Peter Molnar a lot, because he has a huge chest with a sick waist-taper. I also admire Adam Charlton for his huge quads and Lazar Angelov because he's just sick.

Don't get monstrously huge. To pass a PT test you still have to be able to run. How can you encourage people you supervise to pass their PT test if you can't pass yourself? People will respect you more if you lead by example.