Emily was raised with the discipline of a military family. She used that to find a career in the Air National Guard and a place on Team Bombshell!

When your training program calls for you to be in the gym 2-3 times per day, you need to adhere to a strict regimen. It's more than following a printout from Bodybuilding.com; it's a mental adventure that includes round after round of physical exertion.

Emily DeSalle has accepted that challenge. She enlisted in the Ohio Air National Guard and works full-time at Springfield Air National Guard Base. Pushed by a friend, Emily started competing in the NPC (National Physique Committee) and found early success.

She plans to work a full career term in the OHANG, and has her sights set on a pro card in the IFBB. With the help of Team Bombshell and the remarkable example set by her family, Emily may have what it takes to rise to the top!

QHow did you get started in bodybuilding?

I was a cheerleader, ran cross-country, and played tennis throughout middle school and high school. After joining the military in 2008, I started taking my fitness routine more seriously to maintain Air Force PT standards.

In October of 2013 a co-worker of mine, Emily Hoce, said she was competing in a local figure competition called The Monster Mash, in Mason, Ohio. I decided to do the bikini portion based on my already petite figure. I won first place in the novice bikini division and found my new love of the stage and competing.

I then went on to compete in the Natural Northern USA in October of 2014. I received second place in my class and earned my nationally qualified status. I recently competed in the Arnold Amateur, where I received 13th in my class. I also plan to compete in the NPC Jr. Nationals. My goal is to obtain my IFBB pro card within the next year and a half.

My dad was active-duty Air Force and is in the Oklahoma Air National Guard now. When I was in my senior year of high school I thought it would be a great idea, because the military would pay 100 percent tuition for college. I admired the Air Force's core values of integrity first, service before self, and excellence in all we do. My dad had already instilled those in me growing up. 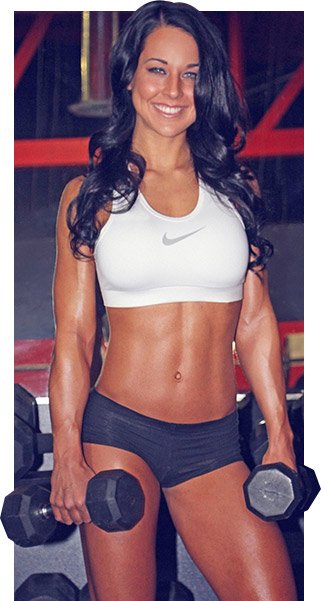 What duties do you perform in the OHANG? This is your full-time job, right?

I am a human resources specialist for the Ohio Air National Guard. I work for the mission support group commander as commander support staff. My duties include processing personnel actions such as awards and decorations, evaluations, job announcements, and reenlistments.

How has the military helped you in other areas of your life?

The military has taught me how to have self-discipline and to be a physically fit individual, which has helped me become an NPC competitor. I also feel the moral standard of the military makes me an upstanding individual in society.

What is your favorite part of the Ohio Air National Guard?

My favorite part of being in the Ohio Air National Guard is being able to have a sense of a second family. The guard isn't like active duty, where you change stations every 4 years so. You're able to make long-lasting close friendships with the people you work with every day.

Do you think you're a military lifer?

I do think I will retire at 20 years, which will put me at age 41 when I do, unless my fitness career takes off and I am unable to do both. After I retire from the military I would like to work in the fitness industry full time.

How do you prepare for a PT test? What's your best score?

I work out six days a week year-round preparing for shows and staying physically fit. I don't do anything extra outside of my normal workout routine to get ready for my annual fitness test. I will give myself a pretest 3 months out to see where I am. It includes push-ups, sit-ups, and the run. It helps me see if there are areas I can improve before the test. My best score was 98.1 last year. Out of the six years I've been in, five of those test were "excellent" [90 or above] ratings.

A friend convinced you to take the stage? How hard did she have to try to convince you?

She didn't have to convince me much! She just asked me and I said, "Sure! Why not?" If I don't like it, I never have to do it again. I was already in really great shape at the time so I figured I should just go for it. I like to set goals as a way to keep myself on track. Competing motivates me to stay physically fit year-round. 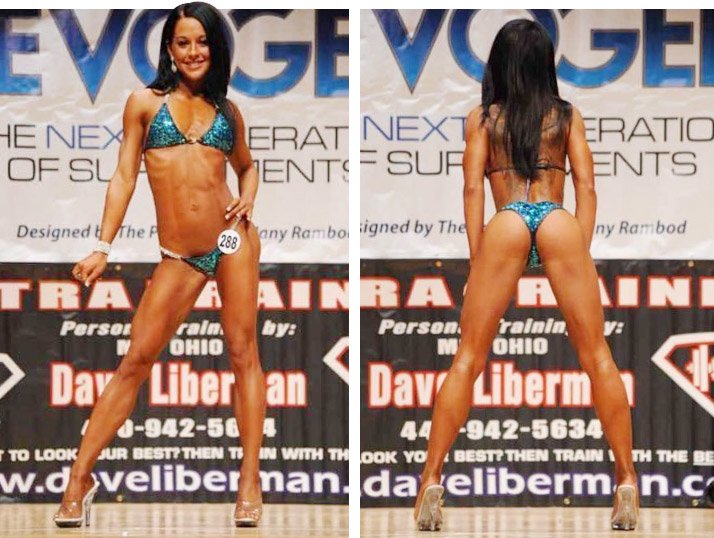 "I want to go pro and become a part of the IFBB. That is my goal right now."

What is your impression of the NPC? Do you want to go pro?

The NPC is that it holds competitors to higher standards compared to other leagues like the WBFF. Bikini is a subjective sport; with hundreds of almost identical-looking beautiful women, you have to make yourself stand out to the NPC judges. I want to go pro and become a part of the IFBB. That is my goal right now. Getting my pro card is not only an accomplishment, but will help me build my brand in the fitness industry. 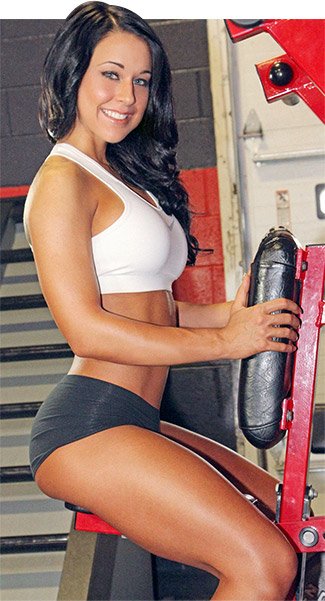 Tell us about Team Bombshell? How did you become associated?

Do you think the discipline of the military helps you get ready for a show?

Most people wouldn't get up at 4 a.m. to do fasted cardio before work, but the military has to get up early every day. We dedicate our lives to something. "Excellence in all we do" is one of the core values of the Air Force. I am a perfectionist when it comes to competing and training.

Your dad was a military man. How has he influenced you?

My dad is SMSgt Larry DeSalle. In my early life I saw my dad put on his uniform every day to provide for my mother, my two sisters, and me. My dad is enlisted and also worked two side jobs to save money and make ends meet. He was into bodybuilding and fitness as well. I always thought he was the coolest, strongest guy around. I would say his work ethic taught me to push myself and give 110 percent in everything I do.

Do you have any tips for aspiring bikini competitors?

Don't compare yourself to others. Everyone has a different body type and metabolism. Just be the best you can be. When you're on stage, confidence is everything. You have to own it. 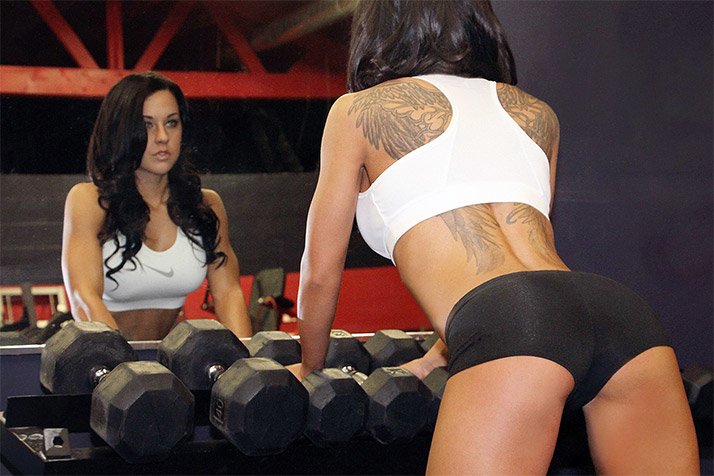 "Don't compare yourself to others. Just be the best you can be."

The big question: Why do you do this? Why is fitness important?

I compete for my love of competition and fitness, as well as the stage. Fitness is a huge part of not only keeping me physically fit but keeping me mentally healthy. I am an extremely energetic, active person and love my daily workouts as a release from daily life stressors. My dream is to become the next Jamie Eason and inspire people to live healthier lifestyles. I enjoy working out and eating healthy—well, at least for the most part!

But what really motivates me is the journey getting there. Competitor days are long. We hit the gym two, sometimes three times a day, 5-6 days a week.

We become antisocial at times. We sacrifice luxuries such as going out, eating desserts, and sleeping! However, all competitors know this is a lifestyle. We choose it not because of the glitz and glamour, but because of the fire inside us that makes us want to transform ourselves physically and mentally. We love to watch how much we can push our bodies and minds.