Brady followed his father's footsteps into the military, but chose a different branch. He spends his time protecting others and keeps ripped doing it!

Brady Kayne knew that joining the Air Force would take him all over the world. He ran hundreds of missions in war-torn nations, but can't share most of those stories. That's part of the humility of the military: You do great things, but they often go unnoticed by the wider world.

Throughout his service, Brady has kept up his fitness. Now he works in Air Force security, where he has to set the example for the officers he instructs and leads. As someone who comes from a long line of military men, he knows just how important staying fit for that assignment is!

What inspired you to join
the military?

Why did you choose the Air Force over the other branches of the military?

My father had a big influence on me to join the Air Force. He knew what it was like in the Marine Corps and he wanted me to have a better way of life than what we had. There are times I wish I'd joined the Marine Corps, but then I look at the overall picture of everything I have done and been, and I know it was the right choice for me.

You work in security. Why are military police and security forces necessary, and how does the training differ from other Air Force jobs?

Military police are extremely necessary. There needs to be law and order on military installations. Without it, every base would be in chaos. Military police hold everybody to a standard and ensure they don't stray from that standard. With the exception of the spec ops community, the training is very different than the regular Air Force jobs.

Security forces train in all types of environments and in any climate. Before we go to work we have to arm up with weapons and we have to ensure we are fully qualified to carry those weapons—and be ready to use those weapons if need be. We have zero error when it comes to using force. The training is physically, mentally, and emotionally demanding.

Security forces always have to maintain a higher state of physical fitness. At any given moment we have to be ready to deploy. Always having that in mind, I push myself to be in the best shape I can be; that way I will always be prepared when the time comes. 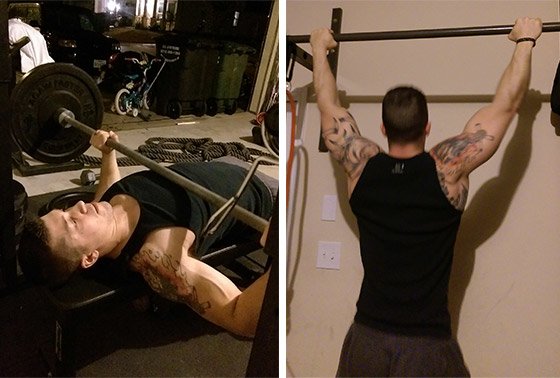 "I push myself to be in the best shape I can be; that way I will always be prepared when the time comes."

What was it really like being stationed in Iraq and Afghanistan? What did you learn from these tours?

Being in Iraq and Afghanistan isn't everything the media portrays. There were many great times, good times, bad times, and horrible times. During the summer season it was extremely hot, and just about everywhere smelled really horrible.

Still, I had some of the greatest times of my life in those horrible places. Other than the fact that some people are trying to take your life, there are really good people over there who truly love us being there.

I tell my students that, even though they are some of the worst places to go, you have to look at the other side of the coin. You go over there and not only do you observe history, you get to be a part of that continued history. Something that I learned from being there is to not take anything for granted. Seeing how the local people lived with next to nothing just made me really appreciate all the simple things in life.

In what circumstances did you earn the Bronze Star?

Just as a broad overview, I earned it while I was in Afghanistan. I was a personal security officer for a brigadier general. I was in charge of leading a four-man team ensuring the general had security and was safe at all times.

I led approximately 480 ground missions and 20 air missions throughout Afghanistan and also ran joint missions with the Afghan protective services. That's all I can divulge.

It is extremely important to do well on a PT test. I can't ask my troops or my students to perform well if I can't. It goes back to being a good role model. Once you are in a leadership position, your subordinates look up to you in every aspect.

There are many times where it's real comfy on that couch and it's easy to sit back and enjoy that off time. However, you need to give up a little bit of that off time and keep yourself healthy and in shape.

It drives me personally to think about all of our fallen troops and how they have paid that ultimate sacrifice. They can't go to the gym and lift weights or run around the track. I think I can afford to [make] that little bit of a personal sacrifice and lift for them.

My future bodybuilding plans are just to keep lifting and trying to reach my goal weight of 175 pounds. I don't ever see myself giving up on weightlifting. I am going to keep on trying to inspire my fellow servicemen and women on bodybuilding.

Bodybuilding helps me as a service member by always maintaining a constant state of physical readiness. My job requires me to be in shape and fulfill the needs of the Air Force. 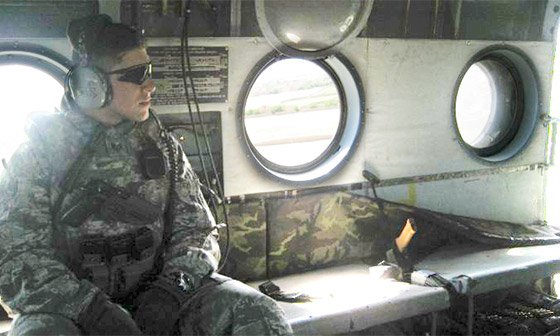 "Bodybuilding helps me as a service member by always maintaining a constant state of physical readiness."

Jay Cutler, Ronnie Coleman, and CT Fletcher are my favorites.