Lyss underwent bariatric surgery, but it wasn't enough to help her lose weight. She had to overcome a lifetime of poor eating habits before finally shedding over 200 pounds and stepping onstage into her new fit life.

For Lyss Remaly, weight was always an issue. "I was definitely that cute baby who looked like I had rubber bands on my wrists and arms," she says. "It's just not as attractive when you're 18."

At age 4, Lyss was already seeing a nutritionist for her diet and health issues. Family history played a role, but so did eating habits. "As much as I want to blame genetics, it's not like I helped the situation any," she says. "Yes, my dad is a bigger guy, and all five of us kids are bigger, but I was also a closet eater. I hid what I ate—I'd hit the drive-thru and maybe eat four Whoppers and fries in my car before going home for dinner. I kept that horrible behavior going for years."

For years, the actress, jokester, and self-proclaimed funny girl hid behind jokes and her vivacious personality, until an embarrassing wake-up call forced her to listen to her body.

This is Lyss' story.

You mentioned you're an actress and you're always funny. Was that a coping mechanism?

Totally! I think every person who gets made fun of has that quick comeback they put together so the insults don't hurt as much. My family is hilarious, so I grew up in a pretty goofy home anyway, but I used being fat to my advantage. I thought, "Oh, I'll just make up this character. I'll be the funny fat girl—I'll own it." I made myself believe the typical "Oh, hips and thighs and I love my pies" and "Big girls are like paychecks; the bigger the figure, the better." I tried to make myself feel better.

Why did you decide to transform?

I always put on the "funny fat girl" front, and that worked for most of my life, but it stopped being funny in 2010. I got on an airplane flying from Vegas to New York to audition for an off-Broadway play—ironically called "Fat Pig"—and I didn't fit in the airplane seat. They made me buy the seat next to mine, and to rub salt in my wide-open wound, I needed an extender seat belt to actually get the belt to fasten around me. I was so embarrassed.

Here I was, 21 years old, and I couldn't even walk up a flight of stairs or put on my own bra! I had a whole life I wanted to live, and I was killing myself instead. I knew I had to change. No amount of humor or quick wit was going to save me from eating myself to death. 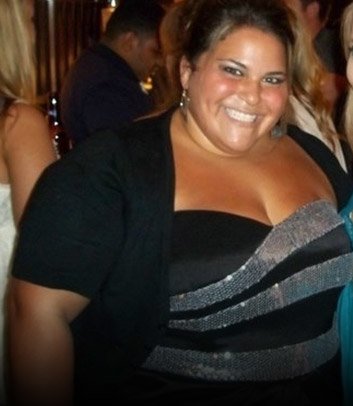 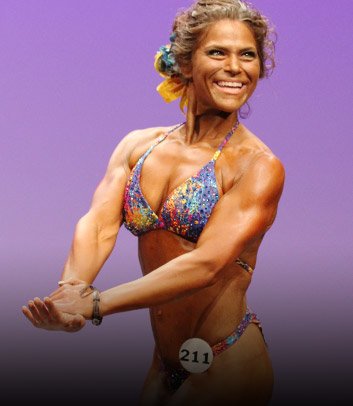 How did you take the first steps in your fitness journey?

In 2010, I decided to have bariatric surgery for weight loss. However, I soon found out that surgery is not a quick fix or a be-all and end-all solution to weight gain. I failed to realize that if I kept eating the same trash that got me to 350 pounds, no amount of surgery would ever fix my problem. When I had only lost about 20 pounds a few months after surgery—at a time when people typically drop three times that amount—I realized that the food wasn't the problem, I was.

I had to do something I knew wasn't going to be fun: sit down and be completely honest with myself. I wrote out a list of every single bad habit I'd picked up through the years. I went line by line and focused on changing one behavior every few weeks until I made it through the entire list. 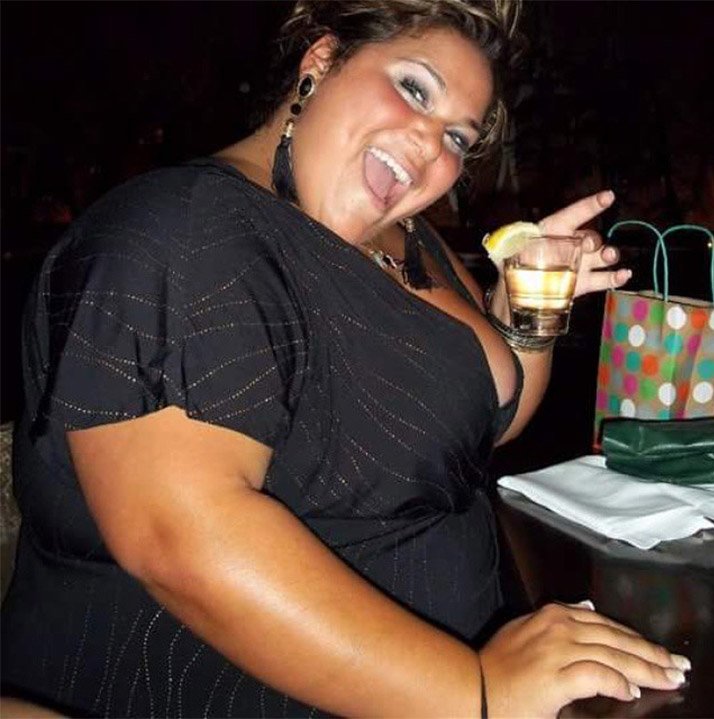 One of my first steps was to get my bulging behind to the gym. Up until that point, carrying the groceries up a flight of stairs to my apartment was my only cardio. I went to the gym for the first time at 350 pounds and literally just went from machine to machine trying to figure out how each machine worked and which muscles I felt it moving. I kept track of everything.

How did bodybuilding.com help you?

When I first got into the gym, I tried the machines I could figure out. It wasn't until I had been at the gym for a while that someone recommended I check out Bodybuilding.com. I remember thinking, "Bodybuilding.com? I'm not going to be a bodybuilder! What are you talking about?"

Still, I went online and followed the prompts on the "Find a Plan" page. I put everything in as an out-of-shape beginner, and Jamie Eason's LiveFit program popped up. I knew I could probably do it. I printed it out and started. I really liked it, and it got me familiar with how programs and splits work.

Did you change your diet quickly or ease into it?

I originally tried going cold turkey, but for some reason that made me mentally crave fast food. I ended up doing a lot better when I took it really slow. I cut fast food down to three times a week instead of four, and then down to two times a week. Then I did the same thing with Starbucks.

What did you eat instead?

A paleo lifestyle was really what taught me most about food. When I decided to give a paleo lifestyle a try, I learned how to get creative with foods. I made my own nut butters and condiments. I have always followed a "little and often" theory when it comes to food. I eat a little bit every 2-3 hours.

What aspect of your weight-loss journey did you find to be the most challenging?

My food demons will always be there. That is a battle I will continue to fight (and win) every day. I will always crave garlicy, cheesy, buttery mashed potatoes, but I have worked very hard to train my brain to choose the foods I know are better fuel for my body. I have had to completely change my relationship with food and find other things in life that give me pleasure and satisfaction.

The loose skin has also been tough to deal with. After being obese my entire life, it's not like the skin has anywhere to go back to—it's been stretched out the whole time. As annoying as the loose skin is and as expensive as it is to have it fixed, it's my constant reminder of what used to live in that skin; it's the leftovers of what was once a sad and insecure girl. What lives there now is a vibrant, strong, and confident woman.

Now that I drank the competition Kool-Aid, I'm in love! I ultimately want to compete in the WBFF Transformation Division in Las Vegas. I want to keep growing as a competitor. I'm also writing a book about my journey. My book is a fully detailed, politically incorrect account of being fat and how I transformed into the person I am today.

Any advice for aspiring transformers?

Realize that you deserve this. You deserve to feel good and strong and proud of the person looking back at you in the mirror. 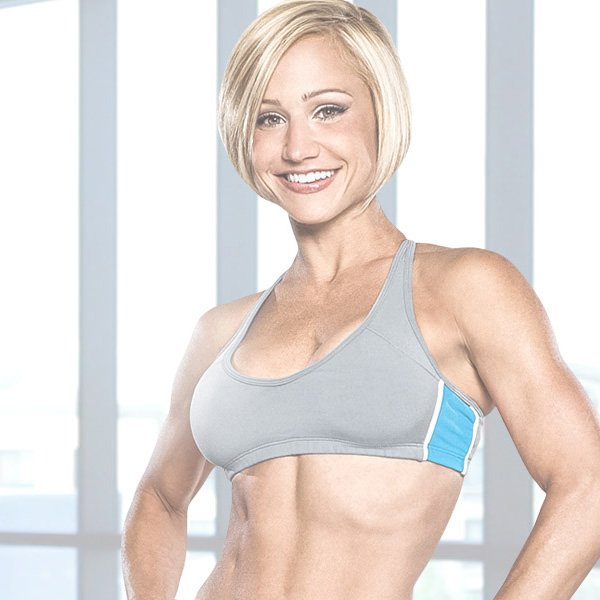 Get Fit with LiveFit
This iconic program is one of our most popular plans ever and has shown millions struggling with weight loss the transformative power of lifting weights and eating right. It's hard work, but the rewards are life-changing!