How To Choose Your Best Diet

Stop blindly following someone else’s nutrition protocol with middling results. Start making a nutrition strategy that works specifically for you!

It seems every year you read, see, or hear about a new way of eating from a friend of a friend, an article, or a celebrity on television. It's often hawked as the "last diet you'll ever need." They all sound magical, but each ignores a simple and profound truth: Every body is different.

Quite simply, there is no one-size-fits-all way of eating.

If there were, I would be on my own private island sipping a Mai Tai rather than writing this, but I digress. The ideal diet depends on your goals, your activity level, your body type, your genetics, and so many other parameters. Yet all these fancy diet plans try to shoehorn people from all walks of life into binary camps: You're low carb or you're not; an intermittent faster or not; a raw foods dieter or not. Is it any wonder that so many people give up on a nutrition plan once they find out they're in the "not" camp? 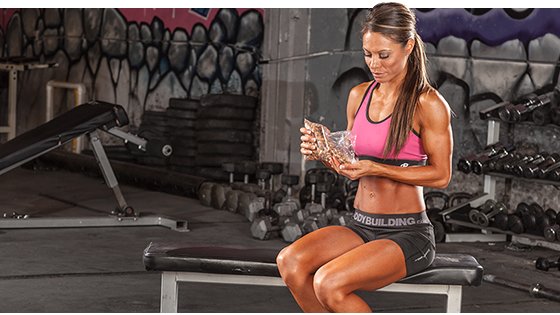 "There is no one-size-fits-all way of eating."

People who've found nutritional success have tried or at least heard of many popular diets. However, they fully grasped the futility of trying to jam their square-shaped life into the round hole of a specific plan. They cut through the BS, settled into their own nutrition strategy, and now reap the rewards of a healthy lifestyle. It started with a keen understanding of their body and what works for them -- and themselves only, not anyone else.

Want to find your own nutritional groove? Reassess your approach to nutrition and focus on important aspects of a sustainable nutrition strategy.

Ditch the popular definition of diet 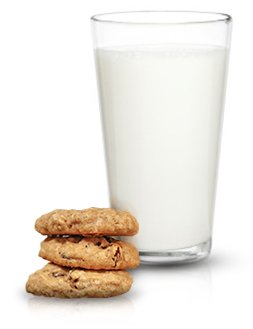 "The notion of depriving yourself of certain foods stresses you out at the molecular level."

Americans are obsessed with diets, but did you know that before the media butchered the word diet to more commonly mean "restricted eating for the purpose of weight loss," a diet was merely all and any foods consumed by a person? Before you form your own nutrition philosophy, it's important to first disassociate the word from a negative frame of mind. Why?

The notion of depriving yourself of certain foods stresses you out at the molecular level. Studies on mice which were forced on a "diet" showed increased levels of stress hormones and instances of depression-like behavior within the rodents. The mice coped with this stress by going to town on junk food. Sound familiar?

Negative associations like making certain foods off-limits can really backfire. Create new positive associations by linking eating nourishing foods to increased performance in the gym or on the sports field.

Trudging through this nutritional tar pit alone is enough to sink anyone into a tizzy, but when you look deeply into the nitty-gritty of each "one-true" diet plan, they're not as different as you think. Barring extreme ones (ahem, grapefruit diet), many popular diets—paleo, low carb, high fat, plant-based, and so on—share a few worthwhile common values that anyone looking for a sustainable nutrition plan can live by:

Discover success with any way of eating

You've witnessed success among vastly different diets. Sometimes these diets deviate from the norm and still produce science-defying results. Vegans have been able to build muscle by staying vegan. People can mold insane physiques eating only twice per day. Some of the oldest living people in the world in certain regions thrive on high-fat diets. As you can see, a successful nutrition strategy can vary greatly.

Meal frequency is simply a matter of preference. How often you deliver food into your gaping maw really just depends on your schedule. If you're not hungry, don't force it. Whether you eat small meals every couple hours or mow down all your meals within a small window—it's all gravy, baby!

"Tune-in to your own hunger cues to have greater success in the long term."

Neither is better than the other since no one knows your stomach as intimately as you do, so why orbit around someone else's feasting times? Listen to your body and question how you feel. I say TGIF, which stands for Tummy Grumbles, Ingest Food. Tune-in to your own hunger cues to have greater success in the long term.

When you can hone-in on what makes you feel like crud, you have a far more concrete, actionable solution than telling yourself to "cut out the sugars and stuff." Boycotting crappy foods alone may not be enough to kick your body into high gear. Sometimes a major nutrient deficiency might be behind low motivation and energy levels.

One study examined some popular diets, including Atkins, South Beach, and the DASH diet, and concluded that folks on these diets were likely deficient in key nutrients, such as vitamin D, vitamin E, chromium, and iodine. This goes to show that there's always a chink in the armor of any single nutrition plan. Instead of identifying yourself with a certain plan like paleo or low carb, you'd probably benefit more by seeking out deficiencies and crushing them.

What does your nutrient profile look like? Get your typical one-week diet analyzed by a licensed dietitian or plug your diet into any online food journal to see the full breakdown of both macro- and micronutrients. With your nutrient blueprint in hand, you'd be better equipped to bulletproof your diet with certain types or groups of food you were previously lacking, rather than leave this up to someone who thinks they know what's best for everyone.

Eat for your body type

What they say is true: You are as unique as a snowflake.

Your body type isn't just the way you look. It is the physical response to how your body handles certain food groups.

Most people can be classified among three categories: ectomorphs, mesomorphs, and endomorphs. Depending on your body type, your diet setup will differ quite a bit from someone else. These are just general guidelines to help give you an idea of what your body expects:

Rarely do people fit exactly into one of the three categories. In fact, people often display a mix of the characteristics. Use our body type test to find out where you stand, then fine-tune your macronutrient intake to your body type. 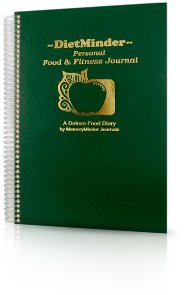 When you eat something that your body disagrees with, it bites back with unsavory symptoms—sometimes immediately.

In addition to relying on indicators like weight loss and body composition, be mindful of important markers such as energy level, mood, appetite, normal bodily functions (regular bowel movements and sleep, for example), and so on to see whether a particular diet is working for you.

If you feel miserable after eating lactose, you know to limit dairy products. If you don't feel right on a low-carb diet after a while, logic follows that you should rethink it. Along the same line, some of us are trained to accept discomfort as being normal, especially with regard to hard training, and that's not always the case. Track how you feel in a journal for at least a week to spot any abnormalities in your diet.

Once you gather personal data from your experiences, make small tweaks instead of drastic changes. Introducing or eliminating too many things at once will simply muddle what's working and what's not.

Take a low-carb diet, for example. What's considered low carb for one person can mean something different for another. If your daily diet consists of 15 percent carbs with shoddy results, you could try tinkering with the percentage of carbs in small increments. Instead of eating only 15 percent carbs per day, try increasing that amount to 25 percent and slowly adjust until something clicks.

Reassess every so often

Every once in a while, a well-known saboteur called "life" rattles you out of your groove: You just had a baby, you just got married, your financial situation changed, or you've taken on more stress elsewhere. These are all instances that prompt a re-evaluation of your current nutrition strategy. Will your strategy continue to work for you in this scenario with these new factors?

"In a long-term nutrition strategy, you're not simply thinking about the food itself, you're also taking into account the meta aspect of your life and how this strategy would fit into it."

When experts talk about food, they talk about it in a vacuum and disregard what's going on in your life. In a long-term nutrition strategy, you're not simply thinking about the food itself, you're also taking into account the meta aspect of your life and how this strategy would fit into it.

People just don't fit into neat little nutrition boxes, but a lot of popular nutrition plans like to think they do. It's important to recognize that every body ticks in a different way, including yours. General nutrition plans can help establish a structure, but it's up to you to be a mad scientist and find out in what ways they can work best for you.