28-year-old Jesse Shand battled obesity and won—with a little help from his friends on the Bodybuilding.com forums. Learn how the kindness of strangers made a difference in one man's life!

Imagine not leaving your house or seeing your friends for years. Imagine not bathing in nearly that long because your body had grown so enormous that it could no longer fit in the shower. Imagine looking down at the scale and seeing the number 653 staring back at you.

That's where Bodybuilding.com forum member Jesse Shand found himself in 2013. By then, he had given up on the idea of living a normal life—at least by society's definition of "normal."

"I spent my days playing video games and trolling the Internet," remembers Jesse. "I was just all negativity, all of the time."

Jesse's heaviest recorded weight was 653 pounds, but he probably weighed quite a bit more than that. He could only find a scale big enough to weigh himself with after losing weight for two months.

The only thing more remarkable about the amount of weight Jesse lost—300 pounds—is the way he lost it—through help from strangers on the Bodybuilding.com forums. 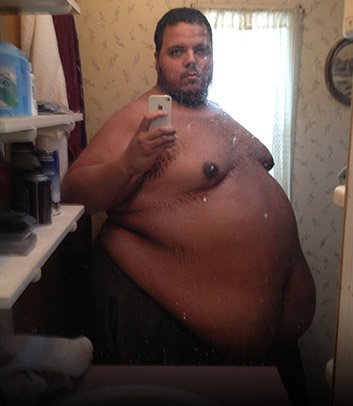 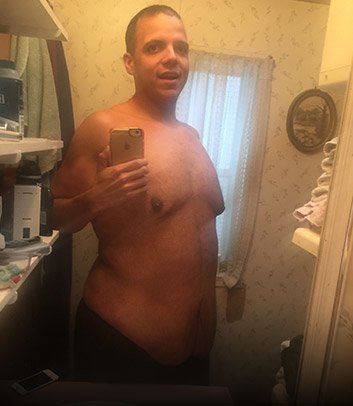 Remarkably, Jesse's transformation started by accident. "It started off as nothing more than an ill-fated attempt to get a rise out of bodybuilding types," he recalls. Jesse created a thread called "Ask the fattest man on the misc [sub-forum] anything," posted photos of his then-obese body, and waited, fully expecting—almost inviting—a backlash.

What happened instead set the wheels of change in motion.

"[My plan] 'backfired' on me, and people started to try to convince me that it wasn't too late, that even at my weight, all was not lost," remembers Jesse. "I didn't want to hear it and made my usual excuses, like not having enough money for groceries or lacking the motivation. But the members of the thread didn't accept my excuses and even offered advice on how it could be done. They walked me through it, provided me with a platform to get feedback and take baby steps, and the rest is history!"

"It really showed me that even on the Internet, the kindness of strangers can completely change your life. It helped me to realize that I had something to fight for," Jesse says of his Bodybuilding.com comrades. "They're the ones who took me under their wings and believed in me long before I believed in myself."

Jesse made his transformation public, using the Bodybuilding.com forums as a sort of digital diary. "I have a video log of every aspect of the transformation, from the first time I worked out to my first time in the gym and beyond," says Jesse. All of it has been painstakingly documented on the forums and on his website. 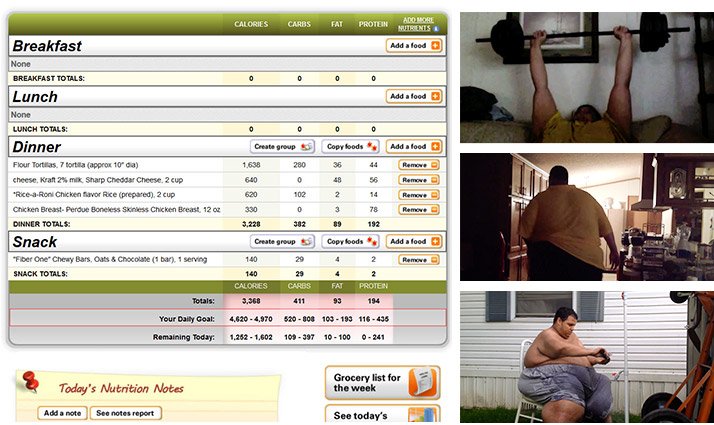 Jesse's transformation journey remains one of the most popular threads on the entire "misc" sub-forum. This public documentation has helped keep him accountable: "Every day was cathartic in its own way and went a long way toward keeping my head in the game," says Jesse of his videos and daily food and exercise logs.

The forum members who decided to help Jesse were generous with their experience. "They never were without plenty of advice and helpful tips that really got me through some difficult times," says Jesse.

Get Involved
Join the Forums!

An internet forum is a virtual gathering place for people from all walks of life to comingle, share stories and ideas, and basically hang out over the Internet. Bodybuilding.com's own forums have a rich history; many members have been posting for over a decade!

Journey of a Thousand Miles

"The journey of a thousand miles begins with one step," wrote the ancient Chinese philosopher Lao Tzu. But what if you can't take that first step? In the beginning, Jesse was hardly able to walk.

"I couldn't even stand up long enough to shave my face in one attempt. I had to take breaks constantly," he says. He remembers one forum member telling him that at his weight, he could "literally just flop around and lose weight." Although an amusing suggestion to most, that's exactly what Jesse did.

Jesse started out by just moving his body more—in any way and manner he could. "At first, all I could do was laps around my trailer, but slowly and steadily, I increased [the number of laps] I could walk," says Jesse. "I also started to do squats, where I would just squat my body weight."

Meanwhile, the stream of kindness and generosity from the Internet heroes in the forums kept flowing. They continued to cheer him on and provide additional means for Jesse to embrace his new active lifestyle.

"One of the members sent me a barbell and some dumbbells, so I started lifting as well," Jesse remarks.

This support, coupled with small changes to his diet, made all the difference. He recalls that dinner at one point would normally have been composed of eight chicken quesadillas and an entire pack of cheesy-flavored rice, but one night he willingly opted for seven quesadillas and only half the pack of cheesy rice. For someone who was used to eating a certain amount, these changes added up significantly.

Many of us take our daily showers for granted, but for Jesse, it had been years since he had been able to wash himself properly. Again, his Bodybuilding.com comrades came through. Jesse says one member sent him an outdoor shower that hooked up to the hose, at which point he waited for a hot summer day and took an ice-cold shower.

"It was the first shower I'd had in years," says Jesse. "It felt so unbelievably good! I had so much caked-on grime that it would take many more attempts to get clean." Another member even sent him a kiddie pool for him to take a bath in. He recalls that was the first time he'd truly been clean in a long time.

Comfortable With Being Uncomfortable

As Jesse's physical fitness improved from his initial concerted efforts, he continued to challenge and push himself.

"One moment that really sticks out in my mind was the time I was able to do 50 laps around my trailer—unheard of!" says Jesse. "In my world, this was the equivalent of running a 50K."

After graduating from walking indoors to walking outdoors, Jesse began to work up to walking 5 miles at a time. When that wasn't far enough, he got himself a bicycle. Soon, he had shed enough weight to slide in behind the wheel of his car and drive for the first time in many years. The biggest game changer arrived in the form of a gym membership, which some forum members helped him get. Jesse quickly found a new home there. Racquetball, weightlifting, cardio, basketball, swimming—you name it, he did it or tried it.

To say that Jesse's newfound love of fitness changed his life is an understatement. In many ways, it saved his life. "I started going out and being social again," he says. "I joined a poker league and have made new friends. I took my mother to go see a Broadway show—all kinds of things I was sure I would never get to do again!" 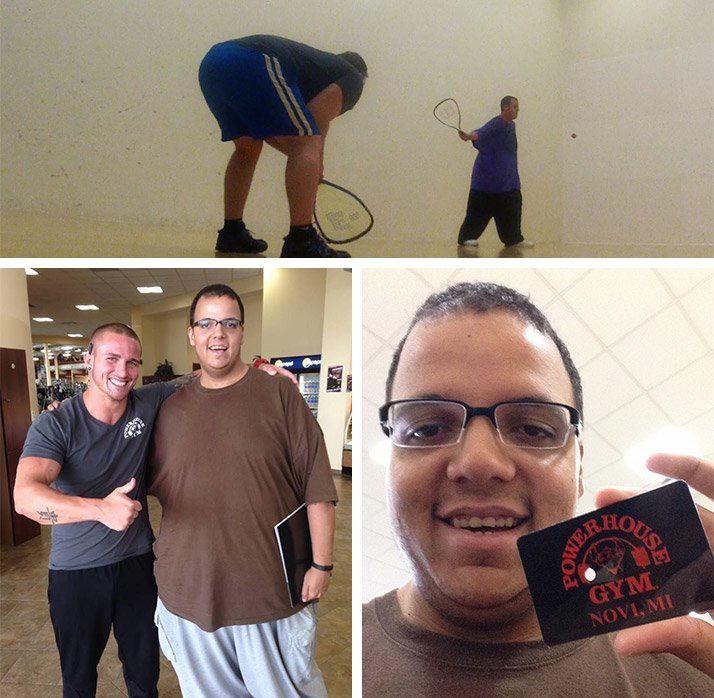 "The biggest game changer arrived in the form of a gym membership, which some forum members helped him get. Jesse quickly found a new home there."

As someone who formerly weighed over 600 pounds, Jesse struggled with overcoming being self-conscious and hypercritical of himself.

"To counter this, I stayed very open and honest with the forum about everything," says Jesse. "I posted very embarrassing and intimate details about the process, and that really helped me see that not everyone thought negatively about a morbidly obese guy working out. They respected the effort more often than not."

As for the future, Jesse plans to continue his public weight-loss journey and advocate an active, sustainable lifestyle. He hopes to help others who are morbidly obese embark on a successful and life-changing journey, just as Bodybuilding.com members once helped him.

"The higher in weight you get, the more obstacles you need to overcome to make a change, and I feel I am uniquely positioned to offer help in some of these areas," Jesse says empathetically.

The feat that Jesse and the Bodybuilding.com forum members have accomplished together is nothing short of remarkable—a testament to what support from family and friends, dedication, and positivity can do to completely change someone's life.

With Jesse's weight-loss success thanks in large part to his amazing support network, he urges other aspiring transformers to seek out support.

"Having yourself surrounded by like-minded people helps you develop good habits and learn new things," he says. "The encouragement you give each other really can help you on days when your heart just isn't in it. And those days will come. Don't face them alone."

Jesse sums up his journey so far thusly: "Bodybuilding.com is the only reason I am not dead. They didn't just help me reach my goals; they helped save my life. Every step of the way, members of the site provided support, advice, and encouragement. The forum provided me with a platform to share my story and my struggles, to vent, to dream, to learn, and to grow as a person. I wouldn't be anything if it wasn't for Bodybuilding.com, and I will never be able to repay the amazing members and staff for all they have done for me." 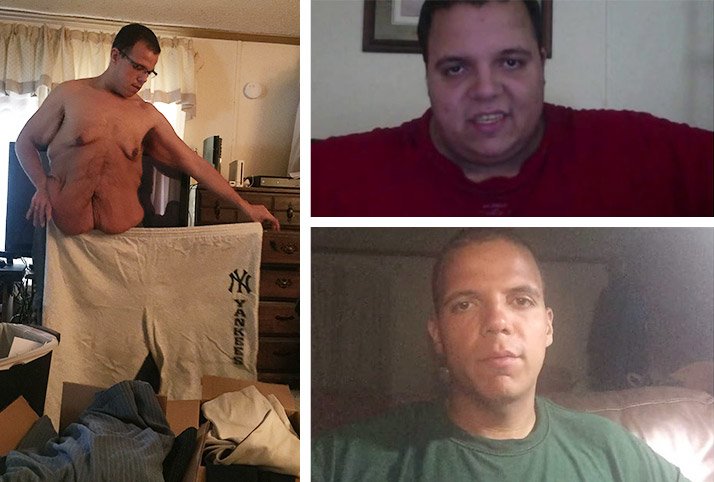 "The forum provided me with a platform to share my story and my struggles, to vent, to dream, to learn, and to grow as a person."