The debate will never die! Some trainers and experts are pro High Intensity (HIIT) due to its ability to stimulate hormones similar to those stimulated during weight training... Learn more!

The debate will never die! Some trainers and experts are pro High Intensity (HIIT) due to its ability to stimulate hormones similar to those stimulated during weight training and also, well, it takes less time to burn the same amount of calories as lower intensity cardio! The advocates of Low Intensity (LI) cardio counter with the fact that LI cardio is much more beneficial for the physique athlete trying to cut fat and maintain muscle. Well, which one is best? It depends. Read on to find out what Scivation has to say about the topic...

We like HIIT a lot. We also like LI a lot. The key is when to use them. When in a low carb state, we want to tap in to fat for our energy source during cardio. This is where we call on the "fat burn zone". While some HIIT advocates believe that this is utter rubbish (props to the UK), we somewhat disagree.

These numbers didn't just come from thin air and we know that at a certain level, the body prefers carbs over fat as an energy source. What happens when you have no carbs? Well, let's just say for the most part cardio will not be fun and you also risk injury IF you're even getting to the required 90% VO2 Max for it to be considered HIIT cardio!

So what level would this be? I am not going to bore you with statistics and make you do formulas because as you know, we just want to state what Team Scivation recommends. I actually saw this explained best by Dave Palumbo who happens to train a good friend of mine and is also an advocate of low carb dieting to get into your best condition. 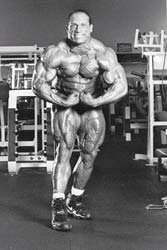 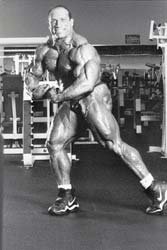 To paraphrase, Dave has stated to keep your heart rate under 110-120 BPM and walk at a leisurely pace. If on a treadmill, this usually means an incline of 0-2.0 and a speed of 3.0-3.2. If this doesn't get your heart rate high enough, don't fret about it. I personally have a resting heart rate of 44 beats per minute and to get my heart rate to 110 beats per minute, I would have to leap from a building.

Another issue that we have is the whole marathon runner's legs versus sprinters legs. Let's just throw genetics out the door, because there is a reason Chuck chose to play baseball and I chose to play football earlier in our lives-our talent and enjoyment of it DICTATED that choice.

Marathon runners run, and a lot of them do not weight train, at least not as heavy as it would take to build muscle. I would love to see a study where both were put on the same weight training program in addition to their normal training and see who builds more LBM with set variables. But, it isn't going to happen. The bottom line is that marathon runners and sprinters are different athletes who train for different results, period.

Now, when bulking on a caloric surplus with carbohydrates, there is no reason NOT to do HIIT other than preference. I usually do two sessions of HIIT per week while bulking to prevent excess fat gain and also because I think it hits the hamstrings rather efficiently. But this is when my body is not glycogen deprived and can actually hit that HIIT range.

When dieting, I did try doing HIIT. The ending to this story? I pulled a hamstring! And keep in mind that I am a former competitive athlete who ran the 40 yard dash in the 4.6's and also train regularly. So it isn't like I just stepped off my couch after months of munching on Ruffles with Ridges and sprinted. I warmed up, and it still locked right up!

The Exception To The Rule

If you hit a stick point even when on a low carb diet, you might be prescribed HIIT by the fine folks at Scivation. We usually recommend doing this on an elliptical machine on NON-weight training days. The elliptical carries much less risk than the jarring of a treadmill and gets the whole body involved unlike a bike. We usually recommend 2:1 Rest to Work periods with a five minute warm up and a five minute cool down for a total of 25-30 minutes. Again, this is to be done on NON-weight training days!

When dieting on lower carbs and in a caloric deficiency, we recommend doing low intensity cardio with your heart rate around 110-120 beats per minute. If trying to zap off that last bit of fat or if you have reached a stick point even while on lower carbs, you can add in HIIT on NON-weight training days, preferably on the elliptical machine.

When bulking, just do SOME form of cardio to avoid looking like Oprah on D-Bol.

Now get to steppin'!

As an enthusiast in the sport, I try to find ways to improve everyone's training. Training, diet, and recovery are critical in this process.