Lats All, Folks: Activate Your Latissimus Dorsi And Build Strength!

Don't leave massive strength gains on the table by haphazardly approaching the bar and lifting dangerously. Get your lats in the game and destroy serious weight!

This is a baffling shame since the lats perform a variety of critical functions and happen to be one of the largest muscle groups in the body.

Alas, the lats have taken a back seat to certain spotlight-hogging, sexy muscles like the arms and abs. It's time to for the lats to shine! Your lats deserve more consideration and focus than a few extra sets of pull-downs at the end of a back and biceps day.

Here's your guide to engage the lats and exploit one of the strongest muscle groups in the body!

If we put our anatomy hats on for a moment, it's easy to see that the latissimus dorsi are, to quote Ron Burgundy, "kind of a big deal." The lats cover a vast surface area from an origin standpoint, and they affect major functions throughout the body. They work to medially rotate and extend the shoulder joint. They also depress the shoulder girdle and assist in lateral flexion of the trunk. 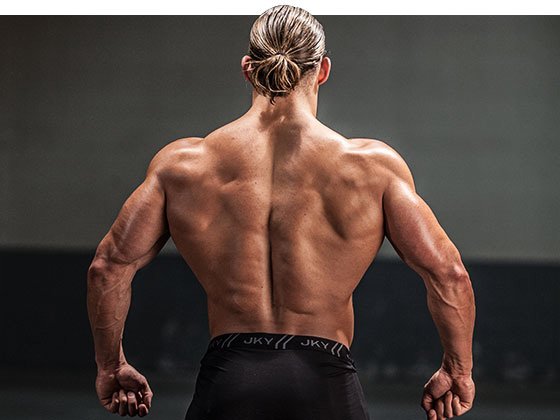 The lats cover a vast surface area from an origin standpoint, and they affect major functions throughout the body.

The lats have significant fascial connections that essentially tie them to the entire core through multiple layers. They play a major role in lower back, sacral, and shoulder stability. The lats do a bang-up job at increasing spinal stiffness by resisting flexion and tension. They basically bullet-proof the lumbodorsal fascia and sacroiliac (SI) joint against shear forces, which is crucial during loaded deadlifts and squats.

At this juncture, we know that the latissimus dorsi are vital players in human musculature, but we haven't discussed how they contribute to and can help improve your core lifts—especially your deadlift.

The lats work as part of a system that includes the glutes and thoracolumbar fascia, which is a membrane that covers the deep muscles of the back. When we lift heavy things, force is transferred from the lower body to the upper body in a diagonal pattern called the serape effect. The lats are essential to this transfer of force.

The lats serve as an accessory muscle in respiration!

This provides an immense amount of stability and stiffness for the spine, which establishes more tension and in turn results in more weight lifted.

Deadlift Activation And Beyond

I've long championed the notion that most trainees have no clue how to activate or engage their lats during training. There's no telling how much weight has been "left in the tank" or how much long-term progress has been stalled due to this easily remedied issue.

I observe countless mistakes when people deadlift. Some treat the deadlift as if it's a squat and set their hips too low, lift with a rounded back, or have issues with foot and hand placement. Entire books have been written on the deadlift, but there's one mistake that universally sticks out like a sore thumb: the inability for most trainees to engage their lats. 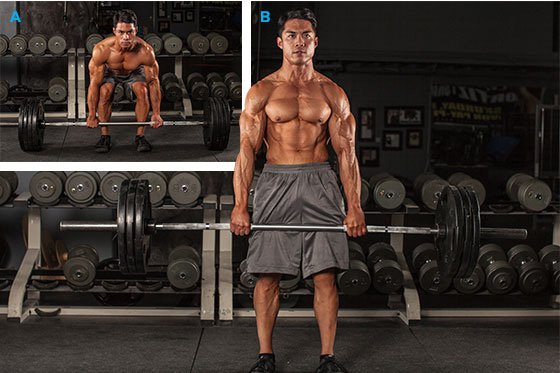 Many people see the deadlift as nothing more than bending over and picking up a barbell. While that's true in the literal sense, it's a bit more complicated in practice.

To create a proper deadlift, I first teach what it's like to feel the lats engage. There are two ways to do that:

Have someone perform a standard straight-arm lat pull-down, and ask the trainee hold the bottom position for a specific amount of time.

Have the trainee grab a band and pull down to create tension in the lats, then have the trainee emulate a deadlift motion and keep tension throughout the movement.

Once the trainee grooves the concept and builds a kinesthetic awareness of what I'm looking for, it's time to put practice into action. Most people just bend over, grab the bar, and attempt to get into proper position, which is fine for advanced lifters. But for less advanced lifters, I prefer a top-to-bottom deadlift setup.

I use a cue that I stole from Dean Somerset and tell the trainee to pretend they're squeezing an orange in each armpit to "ingrain" lat activation. From there, I tell them to hip hinge by pushing their hips back until their hands get to the bar. This helps ensure a more neutral spinal alignment and more advantageous starting position.

When the trainee can grab the bar, I cue them to use the bar to "pull their chest tall" and to "place their shoulder blades in their back pocket." This is a great way to ensure the lats fire on all cylinders and that maxium stiffness and tension come into play. From there, it's pull time!

Dean Somerset and I were hosting a seminar recently where we went over our lat activation concept. One participant instantly added 40 pounds to his deadlift! It sounds like a simple concept, and in some aspects it is, but it's profound how many people have no idea or just dismiss their lats altogether.

Focus on lat activation next time you deadlift and don't be surprised if you notice improvement!

How To Engage Lats During The Deadlift
Watch The Video - 01:58