Straight from the depths of power come champions & amateurs alike to test their power at the 2011 BFE Strongman Exhibition, brought to you by Animalpak.com. Don't miss this show of strength when Shaw and others bring it all!

2011 BFE Amateur Strongman Exhibition, Brought To You By Animalpak.com 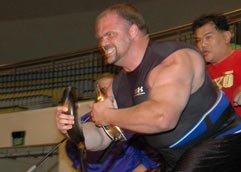 Jay Hagadorn Jay is the owner of Genesis Fitness in Nampa, Idaho, which caters to strongman and powerlifters. He is 6'3" and weighs 290lbs. He has competed in over 30 contests, played Pro Arena Football and more. He loves the Truck Pulls and has completed a 385lb Log Clean & Press and 805lb Deadlift. 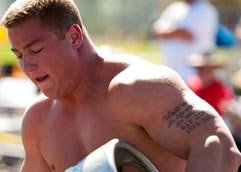 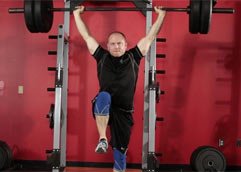 Robbie Walden Robbie is a Musician by trade. At 5'5"/155lbs he is considered one of the best 175lb Strongmen in the country. There are too many accomplishments to list, but here are a few: first American Strongman regardless of weight class to lift 100lbs over bodyweight in the Axle Clean & Press and the lightest athlete to ever lift a 1,000lb tire in competition.