Ask The Super Strong Guy: Should I Lift Heavy To Look Big?

I just want to look bigger. Is there any reason I should incorporate power/strength training into my lifting routine?

Big son, are you freakin' kidding me? You go to a gym for 2 reasons, and 2 reasons only:

Okay, so only 2 legit reasons (I'll let you figure out which those are). Guess what? They go hand-in-hand. You need a strong foundation to get jacked, no doubt about it!

All those p*ssies doing cardio and trying to tone are not only dumb, they are also stupid. Next time you're in the gym and see a fat dude on an elliptical, walk over to him and say: "Not to be rude," which alerts everyone that you're about to drop a bomb and should help soften the blow, "but I think you're stupid. Your body's ability to chew up calories and not store them as fat can be increased by gaining muscle mass."

Powerlifting will not only help you lift the part, it will help you look the part. It's a win-win, son. Get stronger and more jacked by lifting heavy stuff. Simple.

Powerlifters are the size of dinosaurs, and there is no better way to add mass to your puny frame than good ol' fashioned heavy lifting.

Look at the size of the all-time world record holder Donnie Thompson. Now, I know Super D is fat. He was nearly 400 pounds when he squatted 1,265, benched 955 and deadlifted 770. However, that doesn't change the fact that he had some of the biggest legs and back ever built by a man.

Hell, Mike O'Hearn used to compete in powerlifting, and he uses a lot of power movements to this day. As much as I hate to admit it, Mike can kick my ass in many exercises in the gym. I know this firsthand; Mike trained with me in the late 90s. 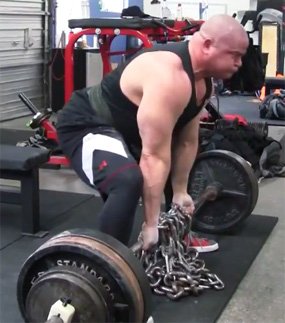 "All I do is powerlift and focus on the squat, bench and deadlift, and I shamelessly admit to being jacked."

I realize Mike looks like a bigger version of Fabio, but that's due to his diet and the fact that he's 6-foot-2 and probably around 5% body fat. Mike probably weighs 255-or-260 pounds, and he has raw-squatted 800 pounds for 2 and pulled 765.

Then, there's my chubby little self. All I do is powerlift and focus on the squat, bench and deadlift, and I shamelessly admit to being jacked.

Let's not forget about my boy Stan Efferding, who is 6-foot-1, 280 pounds, and shredded. He loves powerlifting.

In fact, he did a few meets and has some all-time raw records. He squatted more than 850, deadlifted more than 800, and has benched more than 6-hundo numerous times. Not bad for a pro bodybuilder.

Stan credits much of his success in bodybuilding to powerlifting. Stan used to be about 100 pounds soaking wet; powerlifting helped him add the size and mass to become a pro bodybuilder.

Your main movements - the movements you do when you first get to the gym - will be bench, squat, deadlift, overhead press, or some variation of those exercises. 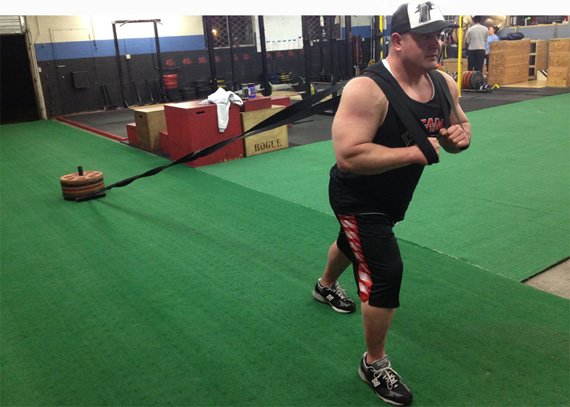 Mark used to pull the animals he killed with his bare hands, but it was against gym regulations.

These moves are your bread and butter. These are the same exercises Jesse Burdick and I preach when we do our Powerlifting Certification Courses for CrossFit.

Want more power? Get yourself a subscription to my magazine: Power. We talk about how to get bigger, leaner and stronger through diet, exercises and programs. Alright, I'm done with the sales pitch. Suit up, set up, and get to the gym, big son!